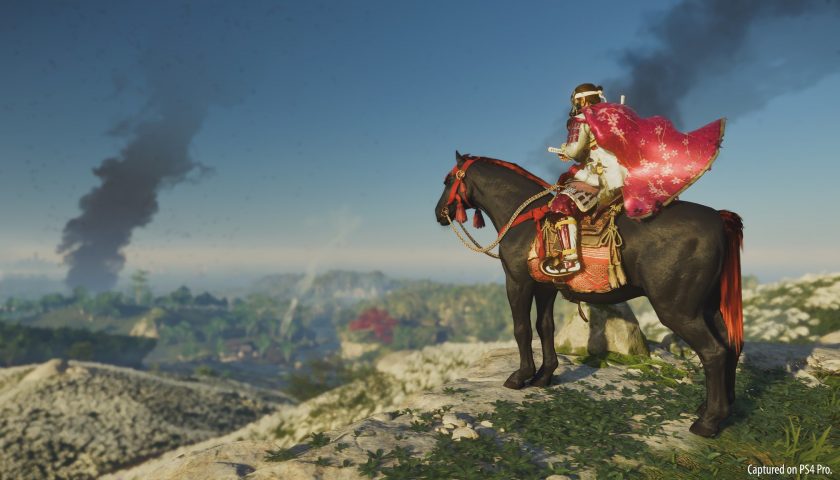 Ghosts of Tsushima Getting Extensive Upgrades

I have been a major fan of Ghost of Tsushima, and I have talked about this game endlessly over the last several episodes of the P2 PixelCast. This has been the game that accompanied me through the COVID lockdowns, and I am so thrilled to be able to go back to the island of Tsushima. And with friends this time too!

Ghost of Tsushima: Legends launches on 16 October 2020 as a free update, bringing with it a whole lot of goodies, including:

There will also be a Raid for 4 players added in the coming weeks after the launch of Legends. Plus more cosmetics (because looking good matters, a new game+ mode for the single-player campaign, and a new merchant.

That is pretty phenomenal for an entry price of free. You can see the full press release below here:

Ghost of Tsushima: Legends features two-player story missions and four-player survival missions, as well as a Raid that will be released in the weeks following launch.

Once players have downloaded version 1.1, they’ll notice a new character at various towns and locations in Tsushima… Gyozen the Storyteller! He’s heard the rumours about the Ghost of Tsushima, but he has a different perspective about what’s actually happening in his homeland.

Speaking to Gyozen will give players access to the Ghost of Tsushima: Legends lobby, but players can also get there directly from the title menu or the pause menu… or by accepting a PSN invitation from a friend!

In Ghost of Tsushima: Legends, players are able to pick between one of four classes; Samurai, Hunter, Ronin, and Assassin, with each one having their own unique advantages. When players start Ghost of Tsushima: Legends, they’ll be able to choose which class they want to unlock first and as they rank up, they’ll unlock each of the remaining classes.

In addition to each starting with their own unique ability, each class can unlock an alternate ability as players progress, as well as earning class-specific Charms and ranged weapons.

While playing with friends, players can mix and match classes however they’d like, whether that’s a party of four all playing the same class, everyone playing as a different class, or any combination in between.

Legends is packed with new cosmetics, and they’re all unlocked through gameplay without any microtransactions. Looking cool is important, but Ghost of Tsushima: Legends gameplay progression really centres around the gear players have equipped and the techniques they have unlocked. They’ll be rewarded with increasingly rare and powerful gear as they take on greater challenges, and they’ll unlock new techniques as they gain experience with each class.

Some new Trophies have also been added for Ghost of Tsushima: Legends, which will appear in a separate section of your Trophy list and do not count toward Ghost of Tsushima’s Platinum Trophy.