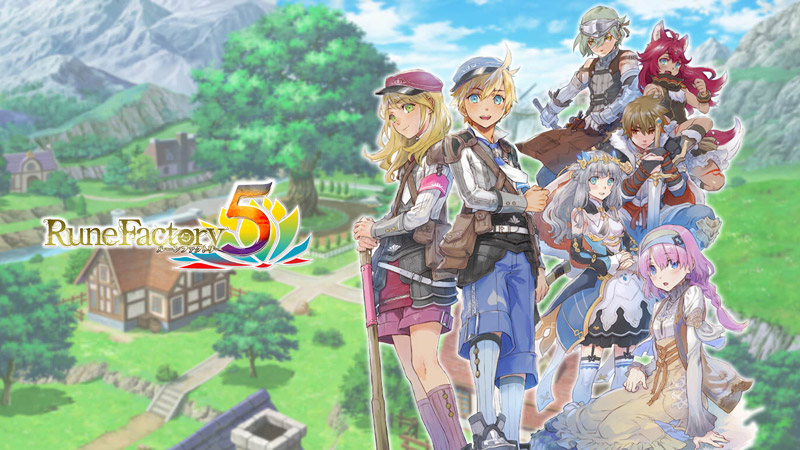 Rune Factory 5 comes to Australia in 2022

Having released in Japan only last month, as part of their E3 2021 announcements publisher Marvelous Europe today confirmed that in early 2022 Rune Factory 5 will launch for the Nintendo Switch in Australia.

As the first new entry in close to a decade, this is sure to have Rune Factory fans in Australia overjoyed. Originally a spin-off to the Harvest Moon/Story of Seasons franchise, Rune Factory puts a fantasy/action-RPG spin on the farming formula with real-time combat and a wide variety of weapons to compliment the slower paced activities of building relationships, pursuing romance and of course, getting down and dirty with some good old fashioned agriculture.

Rune Factory 5 allows players to select from an amnesiac male or female protagonist tasked with protecting the small town of Rigbarth from monsters and other maladies befalling the kingdom of Norad. With vibrant visuals and a wide cast of supporting characters, Rune Factory 5 looks set to appeal to not only fans of the series but also those who have recently discovered a love for digital farming through similar titles like Stardew Valley or the Marvelous published masterpiece Sakuna: Of Rice and Ruin.

For those itching to dive headfirst into some land cultivation, Marvelous have you covered, with both Rune Factory 4 Special and Story of Seasons: Friends of Mineral Town coming to Playstation 4 and Xbox One consoles later this year. While we didn’t get a chance to cover Rune Factory 4 Special here at Player2, our Deputy Editor Jess Zammit had great things to say about Story of Seasons in her review. Personally, I’m pretty jazzed about what I’m seeing in Rune Factory 5, especially it’s art style which brings to mind the work of Level 5, especially their PS2 output like Dark Chronicle and Rogue Galaxy.