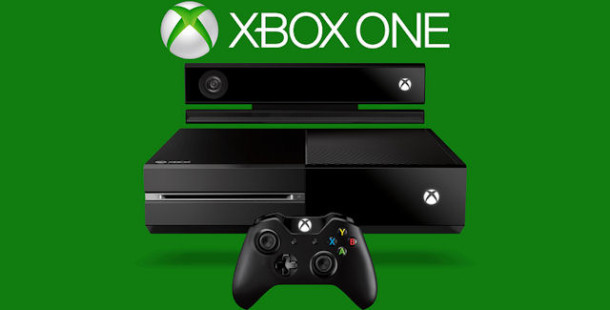 A few weeks ago I had a look at some of the problems I believe Sony are having that may be a result of being in first place. In the interest of fairness and equality I am going to now have a look at the Xbox One and how I think they can help their chances of catching up. At the moment it is hard to deny that Phil Spencer and co are doing quite a bit to improve on what was a botched launch. Mixed messages, an unpopular DRM solution and poorly explained ideas really damaged Microsoft’s opening 12 months in the market.

Since that point however things have improved greatly. A good line up of upcoming exclusives along with some excellent new features and system updates have boosted Microsoft’s prospects significantly but there is still a lot to be done as far as catching up with the market leader is concerned. For some reason there are still areas of the Xbox business that leaves me scratching my head and wondering if they are damaging their own name in the process.

One thing that helped Sony to their massive lead was the ability to send a clear message to consumers about what the PS4 was. They came out of the gate with the simple statement “A games machine for gamers”. This was the basic premise behind their marketing campaign and it was one that gamers everywhere got behind. The Xbox One however tried to be too many thing at once and as a result left people questioning whether it would be good at any of them. This is still the case to some degree today. Despite refocusing on what matters (games) Microsoft is still insistent on pushing the Xbox One as an all in one media device. While this is true to some extent it is not the reason people buy games consoles. There are so many cheap entertainment devices these days that the Xbox One simply cannot compete in that market. The media abilities are a nice addition for existing owners don’t get me wrong, but they aren’t going to bring people into the fold.

This leads me to another big problem that Xbox has. Sony has done exceptionally well in keeping the focus of the PS4 on an international scale. It is very easy for PS4 users to have multiple region accounts, use features from different countries and generally be aimed squarely at the entire planet. Microsoft however is very North America focused with all of its products, especially the Xbox One. A multitude of features are only available in North America, especially some of the much vaunted media capabilities, and the rest of the world is left out in the cold. Microsoft have a very strong base in the US so it is understandable that they receive a lot of the attention but if the Xbox One wants to catch up further focus on the rest of the world needs to be a priority. A big presence at Gamescom this year was a step in the right direction but there is a still long way to go in this regard.

There is also no denying that Microsoft’s actual hardware is bringing some problems of its own. Graphics comparisons are not something that I normally partake in but it is hard to deny the amount of people choosing the PS4 for its pure out-of-the-box grunt. Microsoft have played the long game in putting a slightly lower spec’d machine together and hoping for future technologies such as Direct X 12 and the Azure Cloud servers to make up the difference. This may well pan out in the end but at the moment gamers are seeing little to support this. The recently released Crackdown 3 demo was the first meaningful demo of the “cloud’s” potential and this is 2 years into the system’s life. There is no doubt that these new technologies have the ability to take the Xbox One to the next level but there is nothing at this present time that indicates it is actually going to happen. Having worked in IT for a lot of my life I know how powerful cloud services can be and if Microsoft can successfully tap into that for gaming purposes then the sky is the limit. At the moment however all we have is promises and hot air.

Another worrying trend has come about for Xbox owners of late and that is the loss of some exclusivity deals. When companies such as Activision/Bungie who both have had a long history of Xbox exclusive content (Bungie obviously with Halo and Activision with the Call of Duty map pack timed exclusives) jump ship to Playstation there is obviously something amiss. This is without doubt due to the larger install base on the PS4 giving Sony a much stronger position to negotiate these sort of agreements. I am not sure what Microsoft can do to stop this trend apart from throwing a lot of money at the problem but it is something they need to address quickly else the PS4 will rapidly become the console of choice for people that own both consoles.

Finally a big thing that Microsoft can do to improve their chances is simply to play well with others. Rumour has it that a big reason Microsoft missed out of Street Fighter 5 was their refusal for cross system play. Business wise I can see why this decision was made but it may damage Microsoft’s rep more in the long run giving the public the perception that they are a giant corporation that is unwilling to work with others. Microsoft were also very strict in their interaction with indies in the past and even though that restrictive nature has become less so recently, there is still a ways to go to make the Xbox One the best choice for indie development.

In all Microsoft have made some massive improvements to the Xbox One in its life span. Great new features such as the upcoming backwards compatibility and a strong line up of upcoming titles means that the big black box is in a good position to make a move on the market leader. The work however is clearly not done so it will be interesting to see how much of a fight Microsoft puts up and whether they make significant gains or the damage is already done. I for one hope for a successful comeback from the Seattle superpower because a healthy competitive market can only mean great things for gamers, no matter what system they play.