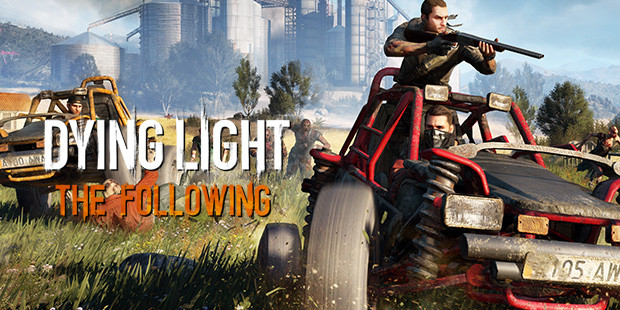 Last year’s Dying Light was a massive surprise for me. At the time I was worn out on Zombie games and the last title from Techland was the middling Dead Island. I was caught totally unaware as to how good Dying Light actually was. Techland took the basics from Dead Island and built it into what is probably the premier action zombie game on the market. The mix of close quarters combat, a fluid parkour system and a story that was actually interesting made Dying Light one of my favourite games of 2015. Now Techland are back with a huge (and I mean huge) expansion so I was more than a little excited to see if they continued with the good work.

The Following continues the story of Kyle Crane, an operative stuck in a Zombie infested fictional country that resembles Turkey. At the start of the game Kyle becomes aware of a group of people in the countryside that are immune to the Zombie virus and promptly heads out there to see if the rumours are true. Before long he is involved with a group of villagers and farmers who are worshiping a mysterious character called “The Mother” and it is through this worship that they claim they are immune to the undead. This doesn’t mean things are all rosy for this group as they are constantly under barrage from bandits, water problems and strange occurrences. This is where Kyle comes in, if he can help this group of country folk they may just let him meet the Mother and discover the cause of their apparent immunity.

What this story does is introduce an element of occult in Kyle’s tale, an element I quite enjoyed. It adds a little mystery to what was originally a saga that has been told many times before. It also introduced a new gameplay element into the mix. By performing favors for these people I earned their trust and was gradually accepted and even welcomed into their ranks. It gave bit more meaning to the hundreds of side missions on offer, a little more incentive besides some additional XP. Speaking of XP all of my experience and skills carried over from my previous game which was nice, even more so considering that The Following is significantly more difficult than the original game.

Perhaps the biggest addition to the game is the buggy. This car can be driven around the huge map (significantly bigger than the initial city of Haraan) to mission locations, safe house and scavenging spots. The buggy adds another level of customization to the game with a new Driving skill tree as well as customizable parts that improve the car’s performance and custom paint jobs to add a little flair. I quickly came to rely on my buggy as a safe haven in this very hostile environment. If I ever got caught in the countryside without it I felt extremely vulnerable to the zombie hordes and quite often found myself dead as a result. The car handles well and is a lot of fun to drive so much so that traditional bonus quests such as time trials and races became highlights of my time as opposed to activities I only completed for the experience.

Perhaps my biggest disappointment with The Following is the lack of city landscapes to climb, leap and vault around using the excellent movement system. This is due to the countryside setting of course but one of the true highlights of the original game was simply getting from point a to point b. This has been taken out of the game to some extent by the introduction of the buggy and while there are still a few towns to run through and cliff faces to scale there isn’t nearly enough for my liking. It is hard to be too upset however as the rest of the game was well worth my time but I am still finding that it is something that I miss.

What is also worth mentioning is that the new setting is visually stunning. Open fields, spectacular waterfalls and inviting coastlines make up the majority of the map which is a huge departure from the skyscraper bound original game. The inhabitants are also looking great. It seems that Techland have put some extra elbow grease into the zombies so they look extra gruesome and the survivors look even more realistic. It is an undeniably good looking game, especially on a grunty PC, and those good looks only added to my immersion in the world.

The Following is a prime example of what game expansions should be. A huge amount of content (at least 15 hours) a massive map and some interesting new gameplay additions make The Following a must buy for fans of the original game. It can also be purchased in a package with the original game for quite a good price making now the perfect time to jump in for people who missed it upon its initial release. Techland have done the impossible by proving once again that there is still enough life left in the undead to have a great time.