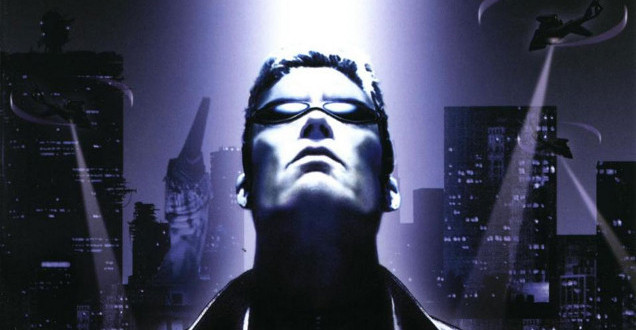 Those Were the Days – Liberty Island

Rarely a game makes a huge impact on my life. Usually games come and go, they are a fun distraction from more important things. I enjoy the heck out of gaming but it is very uncommon for a game to leave me with a lasting impression, for a game to dominate my thoughts for weeks to come. So it is doubly strange for a demo, not the full game, to do exactly that. But that is precisely what happened in the year 2000 when Ion Storm released the demo for the Unreal powered Deus Ex.

Thanks to internet powered by 56k dial up modems, getting a hold of demos was best achieved by buying magazines that came with demo disks. I believe my mag of choice at the time was PC Powerplay and I actually had the demo for Deus Ex for quite some time before I played it. I simply wasn’t interested in it with another (now forgotten) demo the reason for purchasing the magazine. But there was a groundswell (word of mouth was prime in pre-social media days) among my friends, a gradual realisation that this game was something special so I booted up the computer and installed the demo.

The first problem I encountered was the fact I didn’t have a 3d accelerator card, which the game really needed to run well. But thanks to some technical flimflammery I was able to get the game running (technical tricks, hacks and backdoors were common in PC gaming at the time. You youngun’s just don’t know how good you have it.) It didn’t look great but it was working so I dived in not really knowing what to expect. I remember my logic at the time was that it is powered by the Unreal Tournament engine so it must be something similar. I went in expecting tense firefights and the lightning action of that series. What I got instead was an eye opening look at how truly absorbing a game could be.

For those that don’t know the demo for Deus Ex was rather generous in what it gave people to play with. The whole first mission of Liberty island was available and considering the multitude of ways to finish the mission that was hours of gameplay for the cost of a mag with a demo disc. My first playthrough was a disaster I must admit. Having been raised on games like Doom and Quake my first thought was to go in guns blazing. I think I managed to last about 5 minutes before coming up against a minigun toting security bot at the Statue of Liberty’s front door. I soon realised that the Charles Bronson approach wasn’t going to get me anywhere.

From this point forward I tried everything. Stealth approaches that involved sneaking through air ducts and taking down guards with sleeping darts, tech approaches where I hacked stationary turrents to take down the terrorists for me, I even retried the frontal assault tactic once I had located a rocket launcher. There were so many ways of tackling this one mission and all of them were valid in this amazing game world that Ion Storm had created. It was a freedom that had never been seen before in the genre and frankly it has been rarely seen since.

I finished school that year and moved on to my first full time job. My first purchase was a brand new computer with a 3D accelerator card and the first game I played on that computer was Deus Ex. In fact I can’t think of a computer I have owned (and there has been many) since its release that I haven’t had Deus Ex installed on. Even now, 16 years later, it sits proudly on my Steam list, always asking me back for another game. I am sure I am not the only one that harbors this sort of love for Deus Ex. In fact I am sure that many many people feel the same way. I am also just as sure that their love stemmed from a generous demo that involved a trip to Liberty Island to take out a group of rogue terrorists.  That simple mission welcomed people to one of the best games of all time and shaped the way many people look at games forever.

* Note: Screenshots were taken from Deus Ex: Revision. A HD restoration mod for the Original game. This mod is free for owners of Deus Ex on steam and I can highly recommend it.