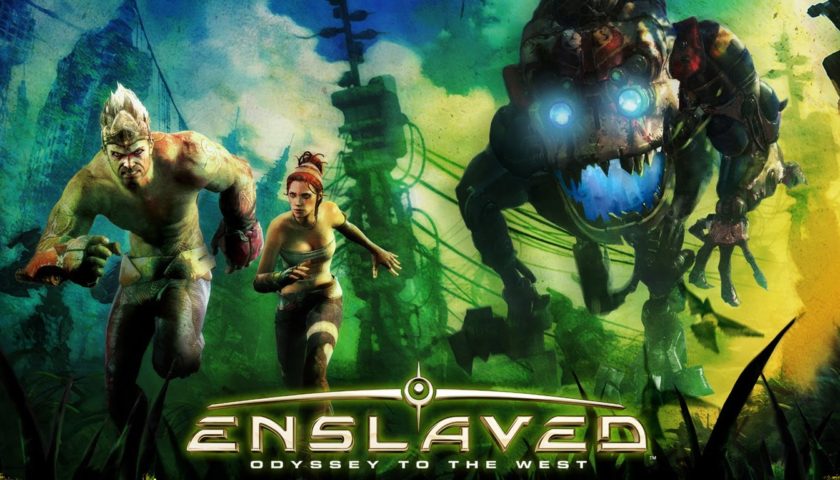 In Case You Missed It – Enslaved: Odyssey to the West

Over the years we have had many foretellings of how our world will look post-apocalypse. Most are dark and dreary, with irradiated wastelands and decimated cities, but some show our world in a state of recovery, where mother earth is fighting back. One of these games was the excellent, if underplayed, Enslaved: Odyssey to the West. Created by Ninja Theory this game presented a world where machines had taken over humans and allowed nature to claim back the cities that once dominated the planet.

The game centers around two characters, Monkey and Trip (or her full name Tripitaka). If those names sound familiar it is probably because you have heard of Journey to the West, a story first published in China in the 16th century. There have been numerous re-tellings of this story over the years including the recentish Forbidden Kingdom starring Jackie Chan and Jet Li or the cult classic TV series Monkey Magic. Enslaved is simply another version of the same story, this time set in the future as opposed to historical China. What makes this retelling work however, is the chemistry between the two leads, which is exceptional. Monkey and Trip were based on motion capture performances from Andy Serkis and Lindsay Shaw and as a result, have a wonderfully believable connection in this futuristic setting.

Performances aside, the immediate standout for this game is the visuals. The world is one that is run by machines but has still somehow mixed with nature, not dissimilar to the recent release Horizon: Zero Dawn. It is wonderfully created with colour and vibrancy that belies the danger that lurks around the corner. Each of the characters is wonderfully realised as well and enemies are both interesting and unique making for entertaining encounters. Ninja Theory has always had a reputation for creating amazing worlds and this game is excellent proof that reputation has been well earned.

The gameplay is very much in the action adventure realm. Not too dissimilar in structure to something like Uncharted or Tomb Raider, however there is a key difference. That difference is the addition of the second main character Trip. Trip can be used to distract enemies, scout areas and provide various types of support while Monkey climbs and combats his way through the levels. Speaking of Monkey, his movement is a real highlight, with his athletic abilities making exploring this stunning environment a real treat. If there is one weakness it is the game’s combat. While not bad per se, it is rather pedestrian and a little clumsy, which is in stark contrast to the rest of the game. It isn’t enough to put someone off the game but it is a weakness worth mentioning.

In all this is a game that deserved much more attention than it received. The game is available on Xbox 360, PS3 and PC but sadly it isn’t available as a backwards compatible title on the Xbox One just yet. It is regularly on sale for about $5 so there really isn’t any excuse to not give this title a go. The story, characters and environments are well worth the price of entry making this a journey to the west worth taking.