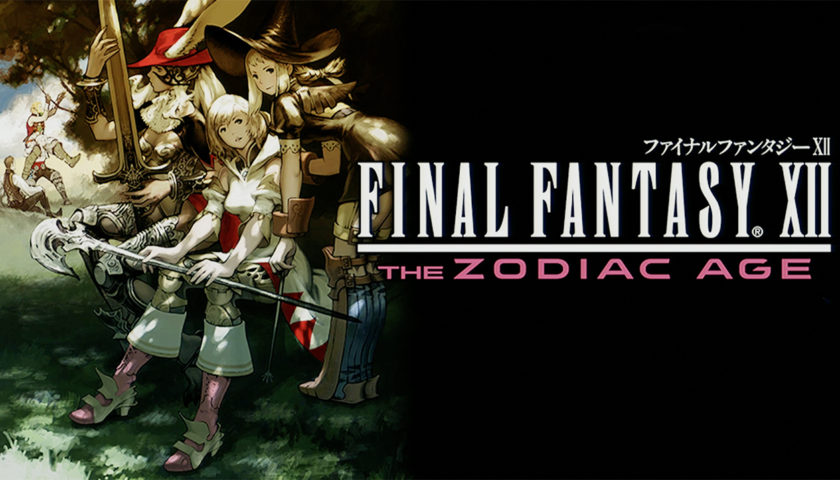 Final Fantasy XII has been occupying a limbo-like place in the hearts of Final Fantasy fans for quite some time. It’s rarely discussed in the same “best of series” conversations as IV, VI, VII, IX and X but had been well respected for its attempt to take the long established Final Fantasy formula in a fresh new direction. Rumours had been swirling for many years that FFXII would be the recipient of a PS2 to PS3 remaster just as X once did, but the console generation ended without a nary a hint. After a few subtle teases and a small leak from a Distant Worlds composer, Final Fantasy XII: The Zodiac Age was announced on June 6th 2016, and now, a year later one of the more truly innovative RPGs of all time is back in players hands. Does a return to Ivalice more than a decade later still resonate with this fan?

I was quite the proponent of Final Fantasy XII back when it first released. When the game first launched I scooped up my pre-order from my local EBGames, grabbed myself the Final Fantasy XII Piggyback guide book and got straight down to it. A week or so later and I’d sunk more than 150hours into it, completed every side quest, obtained the rarest weapons and had more gil than you could shake a Moogle at. Flash forward over a decade and I was hesitant before playing the game; whilst the tried and true turn-based mechanics have remained dearly in my heart for my entire life and into adulthood, would this deviation from the norm still impress and provide a deep, gratifying gameplay experience? Well, I’m pleased to report to you that in each and every respect The Zodiac Age nails it, and consequently becomes the ultimate Final Fantasy XII experience.

There are several subtle, but incredibly impactful additions that have been made to Final Fantasy XII that make The Zodiac Age such a success. The first, and most consistently gratifying is the ability to play the game (in all but cutscenes) at x2 or even x4 speed. One of my very few gripes with the original game was that the slog to level/LP grind was extremely long, longer than your typical Final Fantasy experience (which is saying something!), and by playing the game at high speed, the grind suddenly doesn’t feel like one. In a modern day where the player’s time is a more valuable resource than ever before, this is a simple, but fantastic addition. The speed boosts lend themselves to ridiculously high-speed level grinding when you take advantage of the correct Gambits. The Gambit system allowed you to customise each character and develop for them, pre-determined actions dependent on the situation they find themselves in. Health below 30%? Throw a Hi-Potion. Target? Party Leader’s Target. Weak to Fire? Cast Fira. This doesn’t mean you instantly win either. Have some less than ideal gambits set up (or structure them poorly) and Balthier (for example) may shoot first, heal later and suddenly it’s too late for your trio of party members.

The Gambit system has several layers of complexity that players are required to work through in order to dominate in combat, this is extended further courtesy of the Zodiac Age’s ability to utilise two license boards per character, as opposed to the one allowed in the original game. With Licence Points (LP) that you collect from each encounter, you can pump these into unlocking licenses from each character’s unlocked boards, which opens up more perks and abilities to the character. The strategic selection of boards for each character makes for dynamic and diverse party development, as you attempt to balance your magic wielders with your damage dealers and tanks.

Final Fantasy XII itself is the story of a motley crew thrown together courtesy of a world being at war. With allegiances shattered and new ones formed, your party finds themselves on a journey to attribute reason to the Archadian Empire’s invasion. Your team is made up of a diverse range of folk; young kids, war heroes, a fallen princesses, a banished Viera and a sky-pirate, and while the primary cast member Vann may be the worst character ever conceived in a Final Fantasy game, the cumulative impact of the remaining cast is profound.

If you’ve not yet played Final Fantasy XII then this is the ideal opportunity. One of the truly great remasters, The Zodiac Age merges the exceptional Final Fantasy XII, with the excellent Japan only adding a range of excellent gameplay features, as well as some new, user-friendly features to further enhance the experience. Vaan still grates, but the cast, and the story still impresses overall. Enhancements to the core game add several layers of depth to a game that already boasts deep mechanics and a wide range of choice to build your own team your own way. Add improved visuals, and the ability speed through combat and the already excellent Final Fantasy XII becomes the best remaster I’ve played in the form of The Zodiac Age.