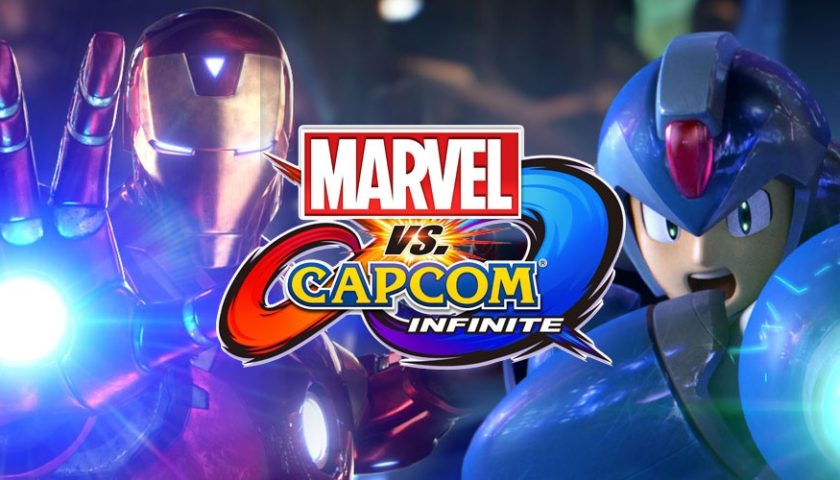 Let’s be brutally honest here, the lead-up to the new Marvel game has been anything but positive. Capcom, still reeling from their dying numbers in Street Fighter V and facing tough competition from newer / shinier fighting games hitting the scene, weren’t doing themselves any favours by continuing to disappoint their fans and struggling to avoid negative perception. Sadly for them, the marketing budget was clearly limited with limited trailers that failed to wow their audience and not so much of a whisper beyond that. It goes without saying that hopes of keeping the Mahvel dream alive weren’t incredibly high.

The first thing that should become immediately apparent is the visuals and the fact that they’re about as bland as sugar-free vanilla yoghurt. Think back to the titles that came before this, the colours, the characters and graphics were all dialed up to a ten with vibrant colours that just screamed at your eyeballs. There’s a good reason for this, its source material, comics, are all about being over the top. A superhero can’t reach for a beer without striking some iconic pose that has fanservice written all over it. But Marvel vs Capcom Infinite (MvCI) just feels like a real conservative effort.

There are also inconsistencies with the character models, in cut-scenes, a character can look downright cheap and ugly but when viewable in an actual match, look half decent! There’s no better example of this than Dante but it shows itself throughout the entire game with multiple characters, one can hope that this will be fixed in an on-going process as Capcom seem to do lately, but one can’t assume anything and on release day it’s always best to call it as one see’s it.

Learning their lesson from the SFV release, Capcom has included a bunch of single player content from day one and all your staples are right there. There’s your basic arcade mode with an end boss as well as an in-depth and simplistic tutorial that would get even the newest of players a good wrap around how the mechanics of the game work. Something new to the series is also a cinematic story mode where you follow a loose story of two worlds converging and how Capcom and Marvel characters need to work together to overcome Ultron Sigma and in turn, save both their worlds. The first ten minutes of this nearly made me turn it off in disgust, the loading was horrible, the dialogue was beyond B-grade movie quality and everything seemed more ham-fisted than two pigs in a bare-knuckle boxing match. In fairness though, the further I got through the story the better it actually felt, make no mistake though, this is still shoddy effort when compared to anything out of NetherRealm Studios, but it got upgraded from a dog’s breakfast to a pass and kept me interested enough to finish the whole campaign.

Every character has ten trial missions that get increasingly hard but also give you a good grasp on how each character works and what their setups and combos are. It’s right here that the game truly shines and show’s you what it’s capable of. MvCI is all about high execution, memory, speed and general craziness! All these are essential aspects of what made the Marvel Vs Capcom series so popular to begin with and dare I say it, this is quite possibly the best it’s ever been!

Gone are the X-factors and 3v3 with assists, in its place is a simpler 2v2 and tag system combined with your choice of an infinity stone, each of which has its own special modifier. The combination of the character selection with the infinity stones lets the player really define their own style of how they want to play this game. The inherent issues that plagued its predecessor (Ultimate Marvel vs Capcom 3) where one hit could lead to death, is no longer here. This means that players will have multiple chances to get back into the game with some actual back and forth matches. The system in place allows so much for your own personal flare that gives your special team a piece of personality that was clearly missing from Capcom’s previous Street Fighter title.

What truly sells this game is the gameplay, it’s quite possibly one of the most fun titles I’ve ever had the pleasure of playing since Killer Instinct graced my XBOX One on release day. The netcode is wonderful, single-player/offline content is there when you just need to chill out and smash some AI Bots and Capcom are also supporting this from an esport perspective with their ‘Battle of the Stones’ tournaments. The biggest worry that this title wouldn’t live up to the ‘Mahvel’ name should be firmly squashed the more you dive into this game and see what it has to offer. If you’re a fan of fighting games or the MvC series in general, you’d do yourself a disservice to not go out and grab this game. When’s Mahvel? It’s now!