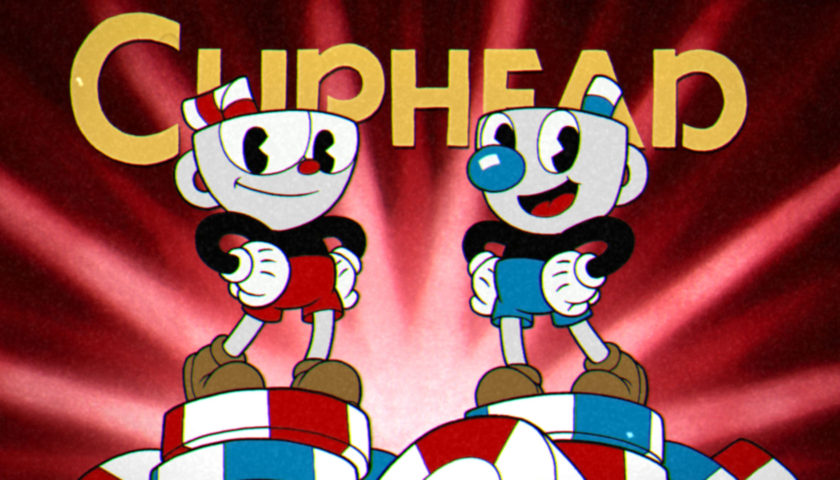 Cuphead is an idea that on paper, no doubt sounded crazy to potential investors. The kind of crazy that led its creators Chad and Jared Moldenhauer to remortgage houses and gamble their livelihoods on its success. A fondness for 2D hand animation, most notably the 1930’s era work of Max Fleisher and Ub Iwerks gives Cuphead a distinct look. Changing tastes and a perceived failure at the box-office in favour of more modern 3D animation has meant that even Disney, a forerunner of hand-drawn animation and indeed a studio defined by it for the majority of its existence has abandoned the practice since 2011.

Similarly, ‘run and gun’ titles arguably peaked in the 16-bit era, never quite making the successful transition to 3D and instead slowly giving ground to other genres which better appealed to the changing tastes of a technology-obsessed audience. Who could have imagined that the combination of a dying art form and a once mighty genre relegated to niche status could deliver a game that somehow transcends the limitations of its genetic makeup?

In keeping with these roots, the storyline in Cuphead is extremely straightforward – losing a bet to the Devil himself, Cuphead and his brother Mugman must wrest the souls of the Devil’s debtors away from them lest their own souls are claimed. This is achieved by defeating all of Cuphead’s 19 bosses, each of whom has distinct attack patterns and phases that require memorization and progressive mastery over the controls and combat items available. What will no doubt be mentioned in the same breath as it’s inviting art style by most players will be the ‘Nintendo hard’ experience at the heart of Cuphead. There are guaranteed to be players out there who will never face the final battles in Cuphead due to an outright refusal to compromise on what it demands from players (whether that’s OK or not has been argued about elsewhere, but for the record I have no qualms with it personally). Each boss offers the choice of ‘Simple’ or ‘Regular’ difficulty, the former removing some attack patterns and phases while the latter gives the ‘full fat’ experience. In order to obtain the ‘Good Ending’, every boss available must be completed in Regular difficulty – no exceptions. Level performance is also graded to provide enthusiastic players a way to compare skill beyond completion.

When evaluating my time with the game, it was the art and sound more than the gameplay of Cuphead that captivated me. Mechanically, Cuphead doesn’t push the run and gun genre kicking and screaming into the 21st century but instead demonstrates a solid understanding and execution of the genres design principles. Perhaps it’s my film background colouring the experience, but the slavish adherence to the styles and techniques of both 1930’s animation and their accompanying jazz scores worked in such a way as to offset any frustration built through the process of playing, encouraging me to continue out of a desire to see and hear rather than conquer. Indeed, in attempting to absorb the joyously hand-crafted visuals of each level I was often distracted leading to an untimely death. Cuphead, barring the use of specific items, has three hitpoints available during each level. It becomes incredibly clear after a few attempts that there are phases in all of the boss battles in which it is simply unacceptable to take damage. In fact, I often found myself purposefully throwing in the towel if I took a hit prematurely and I imagine there are many players out there who will have to work hard to conserve their hit points for the final phase of each boss, some of which are mania incarnate.

Perhaps my only real criticism of Cuphead is the inclusion of proper ‘run and gun’ levels. While it leverages run and gun mechanics, Cuphead is at heart a ‘boss-rush’ game and that is where it really works its magic. In comparison, these side-scrolling levels feel like undercooked responses to a phrase I can imagine echoes across countless gameshow floors during demonstrations – “So it’s only boss battles, then?”. These levels are the only element which I feel show a glimpse of doubt amongst the otherwise soaring confidence exuded by every frame of Cuphead, and I hope the promised expansions decline to include more of them.

Cuphead is a game that I would recommend everybody experience, but not necessarily play. Perhaps more than any other title in recent memory it exemplifies the role “Let’s Plays” take in the gaming community, despite the perceived detriment to developer income. It’s a game that I feel can be appreciated by many, but may, unfortunately, end up being enjoyed by a much smaller number of people due to the skill required to see all it has to offer.