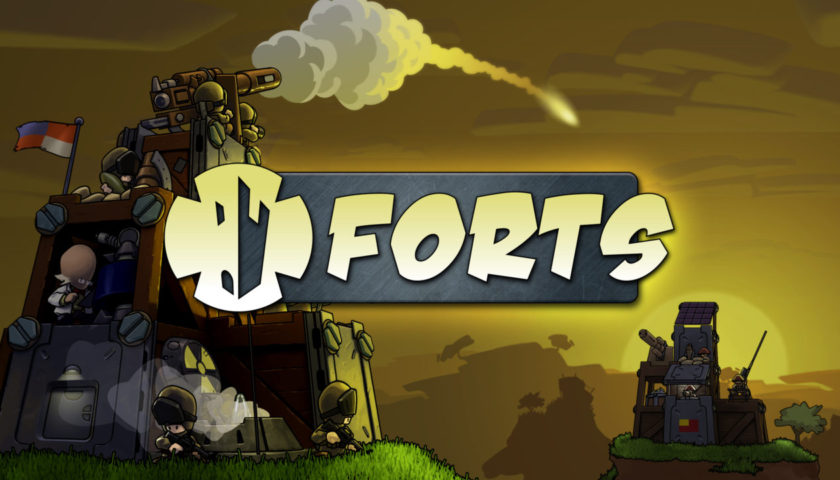 Independent development in Australia has been going from strength to strength over the past few years and the PAX AUS Indie Showcase serves to highlight some of the fantastic work being put out by local developers. Player2.net.au caught up with developers awarded a spot in the PAX AUS 2017 Indie Showcase to get a sneak peek at what attendees can look forward to.

Earthwork Games’ Forts spent the past 14 years in various stages of development before launching on Steam earlier this year. A testament to the fortitude of those involved, this lengthy process has culminated in Forts being selected as a winner of the PAX AUS 2017 Indie Showcase. Player2 spoke to designer and programmer Tim Auld about the history of the title and his start in game development.

Stephen del Prado: Tim, thank you for giving Player2 some of your time! How did you first get into game development?

Tim Auld: My earliest experiences of game development were tooling around with my dad’s C64, writing text adventure games in BASIC. I taught myself C and pixel graphics while learning other languages in university. In my spare time I wrote a side-scrolling shoot-em-up which caught the attention of Ratbag Games. They hired me and put me to work on the multiplayer component of their racing games.

SDP: What were some of your inspirations for Forts?

TA: The main inspiration was a game called Bridge Builder by Chronic Logic, which I was playing obsessively in 2003. I loved the physics and thought that there could be other gameplay to explore. The second idea I had was to build tall structures, place weapons on them, and shoot at an opponent. I was immediately taken by the concept and began working on it in my spare time. The ballistics part of Forts draws inspiration from older games such as Gorillas and Scorched Earth. There were other influences along the way, such as the unit balance of Company of Heroes, and the commanders of Advance Wars.

SDP: Forts was in various stages of development for almost 15 years – was it hard to maintain your drive over this period of time and what were some positives and negatives of the process?

TA: It was difficult at times. For the first stage it was a hobby project and I had to motivate myself. In about 2008 it got a shot in the arm when Nick re-skinned the game with some new art. Later on I got stuck on a technical problem that discouraged me and I stopped working on it. It wasn’t until 2013 that I picked it up again in earnest and luckily Nick was still keen to finish it. Since then our motivation has only increased. There’s rarely a waking moment when I’m not thinking about how to improve Forts.

There was a benefit to the extended life cycle in that the game design and balance had a long time to mature. We had ideas that may not have occurred to us at an earlier date. I also acquired some of the knowledge I needed during other work. Steam’s services to game developers have improved, solving the technical issue that blocked my progress earlier.

SDP: How are you and the team feeling about being selected as part of the Indie Showcase this year?

TA: It’s amazing being recognised like this. We have enjoyed showing at PAX Aus in the prior two years; Forts was always warmly welcomed. This time it feels like a real vindication of all the hard work we’ve put in, and the risks we’ve taken. It’s a great opportunity, and we’re looking forward to making the most of it, telling more gamers about Forts.

SDP: What can PAX AUS 2017 attendees look forward to at the Forts booth?

TA: We’re excited to be bringing a bunch of awesome new weapons to Forts. Players can enjoy them in both skirmish and multiplayer. On top of this we’re adding the selection of built-in mods before each game. We’ve added a new mod which sets a truce period, in which guns can’t shoot. It adds a whole new dynamic to the strategies available. As usual we’ll have several laptops networked so you can come along with your mates and ruin years of friendship. Forts will be installed on the PCs in the Freeplay area for when we need to kick you off our booth.

For the first time we’re taking part in Pinny Arcade, and have a great looking pin designed by Nick.

SDP: Oftentimes the games in the Indie Showcase have not yet been released. Does it feel like an advantage to be able to offer the full game at PAX AUS itself?

TA: That’s a tough one. When you’re unknown and facing an uncertain launch you feel like you need all help you can get to be noticed in the crowd. On the other hand, having a polished and saleable product will mean we can make the most of our time in the spot light.

SDP: What’s on the horizon for Earthwork Games after PAX AUS?

TA: Beyond the new weapons we’ve got heaps we still want to add to Forts. Steam Workshop mod support is coming soon, and a few other frequently requested features. Maybe a DLC a little way down the road. We’ve got a couple of neat ideas for what comes after Forts – stay tuned.

Forts can be experienced by attendees to PAX AUS 2017 in the Indie Showcase section of the Indie Pavilion from October 27th to 29th. It is also available to buy right now on Steam. You can check out our review of Forts here.