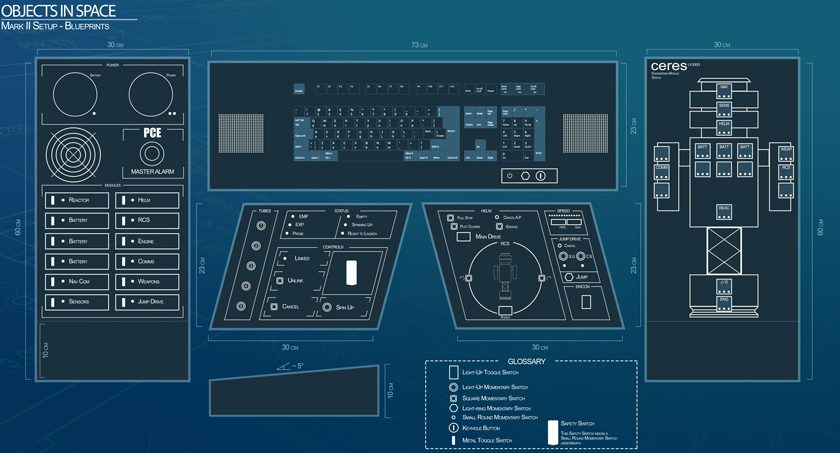 Objects in Space Launches This March

Australian indie developers Flat Earth Games have announced that their much-anticipated title Objects in Space will leave Early Access on the 1st of March when it’s 1.0 release launches. Attendees of PAXAUS 2016 may recall the memorable setup pictured below which highlighted the gameplay experience of Objects in Space as well as the modularity of the control system which allows for a variety of custom built controllers to interface with the game.

In covering the Indie Showcase for Player2 that year, I thoroughly enjoyed the time I was afforded at the Objects in Space booth with developers Elissa Harris, Leigh Harris and Jennifer Scheurle guiding me through my appointment. In the time since, Objects in Space has made leaps and bounds, including securing a publishing deal with 505 Games.

Unlike other space sims, Objects in Space strives for a particular level of realism rarely seen in the genre. Taking place over the course of three months, players have a definite end in sight and must decide what to do with the time given to them. Compounding this, rather than take on the role of a hotshot space pilot or an intergalactic hero, instead player influence is more or less that of any normal individual which, while seemingly bleak on the surface, affords a level of freedom unachievable when sticking to the ‘Hero’s Journey’ template.

For those unable to wait until March 1st, Objects in Space can be readily purchased from both Steam and GOG in it’s Early Access form which will update to the 1.0 release on launch.