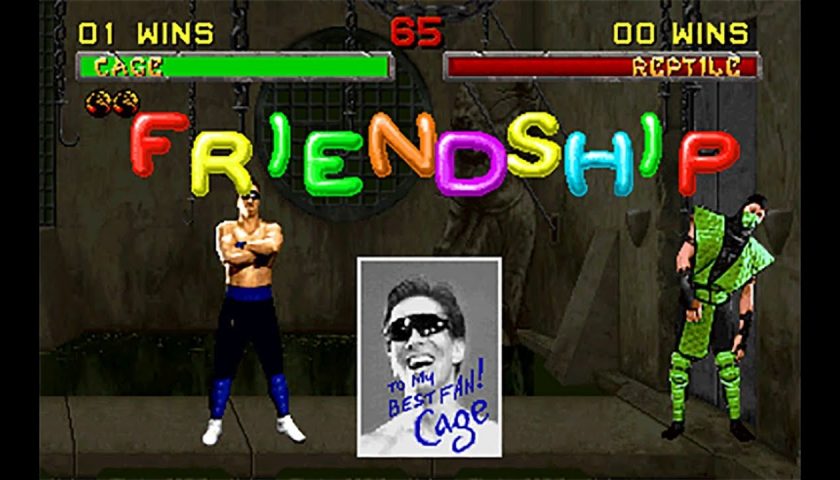 So I was recently suckered into buying Dead or Alive 6. I say suckered in because in my naivety I believed the pre-release hype. I was informed, by the ever trustworthy PR machine that Dead or Alive 6 would have excellent single-player modes and a great story. But guess what? It doesn’t. Previous to DOA, I fell for the same trap with Tekken 7. “We are going to tell a wonderful narrative that will engage players throughout an entertaining campaign,” says the helpful marketing guy. If by wonderful narrative you mean badly written, poorly voiced characters screaming incoherently at each other with no clear motivations and/or purpose then sure, Tekken 7 has a wonderful narrative. Are either of these titles bad fighting games? No, they are not, in fact, they are very good fighting games for those that have the time, patience and ability to dive in and play with others. However, for those that don’t fit those categories, buying these titles will only lead to another case collecting dust in the shelf.

The sad thing is fighting games throughout time have always put story last, put single player shenanigans as a secondary consideration. With some rare exceptions, the excellent World Tour mode from Street Fighter Alpha 3’s home release comes to mind, it was always about besting a real-life opponent and not about providing things for those that just want to throw fireballs at a computer controlled combatant. So if historically fighting games have never had quality single-player modes, why am I all of a sudden expecting them now? Well, there is only one studio to blame for my obsession with single-player fighting games (and fighting games in general if I am honest) and that is NetherRealm, the champions of the uncoordinated, friends to the friendless and they have shown how truly great single player content in a fighting game can be.

It all started with the original four Mortal Kombat games. Even back in the day, the MK series put a large amount of importance on story, much more so than its contemporaries. Each character had a detailed background, clear motivations as to why they were disembowelling people and a satisfying ending (in most cases anyway *cough* Jarek *cough*) to the arcade mode. But it wasn’t until the Xbox/PS2 era that they really took it to the next step. Mortal Kombat Deadly Alliance, Deception and Armageddon were all released during this time and all of these games experimented with RPG-like campaigns, overarching narratives and added a host of side content, all of which were aimed at solo play. By the time Armageddon had cleared the decks, the story from the previous titles had been wrapped up in a nice bow and players everywhere had begun to get a real idea of what was actually possible in fighting games regarding story and non-competitive gameplay.

With Mortal Kombat 9 however, Netherealm took it to another level. Retelling the story from the first three games, making alterations to that tale thanks to a time travelling Thunder God. The game had a 6-hour story mode that followed various combatants as they fought against the baddies and saved the earth. It was cheesy and predictable but put together with such confidence, such panache that it was thoroughly enjoyable. Here was a proper campaign for the first time in the genre and it was like a revelation for me. From that point on, this was the pass mark for fighting games. Since the time I first played it (after getting it through customs thanks to Australia’s outdated rating system at the time) NetherRealm has gone onto release Mortal Kombat X and Injustice 1 and 2  (NetherRealm’s take on a fighting game in the DC universe) and all of three of these titles had fantastic campaign modes that could go toe-to-toe with any other genre. Not only that, these games introduced a range of further additions for single-players. Things like challenge towers with conditions that change daily and meta-games that encourage people to step up in the name of their chosen faction. These are complete, single-player experiences and players could feel totally satisfied with their purchase even if they never once fought against another human.

Now I am not saying that fighting games should all be about solo challenges, they shouldn’t. Fighting games are at their best when two equally skilled players are going against each other. It is a thing of beauty. But there a lot of people that don’t have the time, patience or even the physical ability to get to that level. Going into the online component as a rookie in a fighting game is a daunting process, often resulting in the newbie being scared away for life. But that doesn’t mean these people don’t want to play the game, don’t want to experience the joys that the genre can offer. NetherRealm has recognised that and positioned their games to be a complete experience, seeing the single-player just as important as the multiplayer.

So thanks to Ed Boon and co at NetherRealm I keep expecting other fighters to go the same route, but sadly that just isn’t to be. That isn’t to say they haven’t tried, but the results have been less than spectacular and this is just a giant shame. Single-player modes in fighters not only allow the game to cater to a potentially larger audience, but they also act as pathways into the competitive scene, allowing new players to gain confidence in a safe environment before being brutalised at the hands of seasoned opponents.  NetherRealm has achieved some mighty impressive goals over their life span, they became a poster child for violence in video games and they even have the honour of the only good video game movie (it’s true, you all know it) under their belt. But for mine their greatest achievement and the reason that Mortal Kombat 11 will probably be the only game I pre-order all year, is their desire to cater to those that just want to casually splatter some brains without hundreds of hours of practice first. That, in my mind, makes NetherRealm stand apart from every other fighting game developer out there and is why I, and many others, hold them in such high regard.