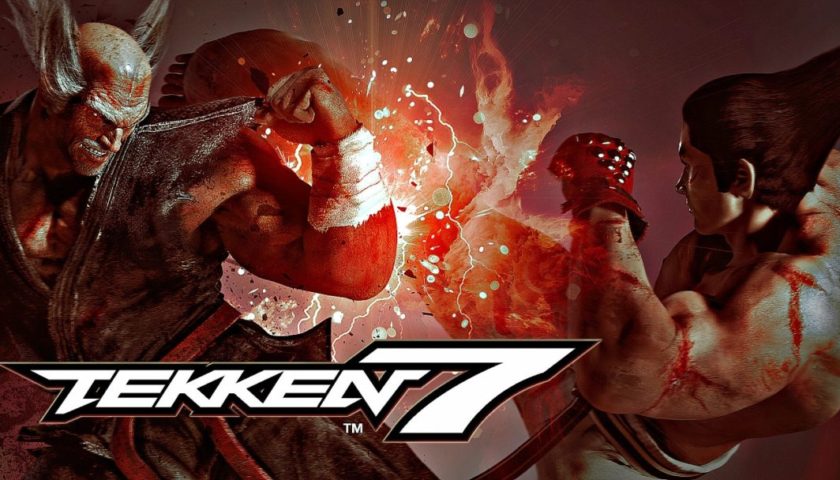 When it comes to the 3D fighters it’s hard to argue that the Tekken franchise has been anything but the golden standard for many years now. Since its console debut in the PlayStation 1 days, the series has gone from strength to strength and barely skipped a beat. That was until we saw Tekken 5 and 6, which despite being well produced and solid additions, was a victim of series fatigue and felt by the numbers. NAMCO Bandai probably knew this though and decided to give the series a little break and develop a sequel that could once again solidify their dominance in this gaming genre. Enter Tekken 7 – Fated Retribution (T7), the latest and greatest to try and steal your time and attention in an age that is seeing a big revival in the fighting game scene!

The Tekken storyline has definitely had its ups and downs, to the points where the whole Mishima plot had well and truly run its course and ventured into absurdity. So the developers set out to hopefully put an end to this and do a full length, cinematic narrative and give us some closure on the whole family feud. The tale goes over a lot of the history of Heihatchi and Kazuya and touches on the story elements from previous Tekken games from the perspective of a ‘Journalist’ who got caught up in the war between the G Corporation and Mishima Zaibatsu. Whilst offering some intriguing elements, surprising twists and great moments, the entire experience felt a little inconsistent. It’s almost as though there were three teams working on the same production, cut scenes would go between still images with voice over, to in-game graphics and lastly, beautifully crafted CG visuals which would cut ever so brilliantly into actual gameplay.

The story itself would often feel disjointed at times with certain characters and elements often ham-fisted in with little thought as to why they should even be there in the first place. But something that can’t be ignored is the droll and monotone noise that is the Journalists voice. If you could imagine a sloth on Valium reciting the bible, then you’re on track to understanding just how badly this was. The worst part is that it’s the primary conduit for the story, so you’re going to hear it a lot. Now, this isn’t to say they’ve failed here, quite the opposite in fact. There are many parts that knock it out of the park and most of the characters are voiced flawlessly! Even the ending, which did leave me a bit unfulfilled, felt like it delivered a coherent and rewarding plot.

But stories aside, how does the game actually play? To sum this up in one neat sentence, this is quite possibly the best Tekken ever crafted. What we see here in T7 is a result of hundreds of refined elements from all its previous titles. In essence, it feels new and at the same time is comfortably familiar. Gameplay hasn’t changed much, movement and spacing on a 3D plane are the key to finding your entry or counter into your big punish combo strings. Simply going all out is a good way to get countered by a more formidable opponent, which further proves that the skill ceiling in this game is quite high and rewards the more experienced and skilful player.

Every character now has a Rage Art and Rage Dive which is essentially a super move or combo that does a lot of damage and become available when their health drops below 25%. This does a couple of things, allowing a player to decrease the life lead advantage of their attacker and to force the other player to play more conservatively or risk losing a lot of health. Easily the most exciting edition to this sequel though is the addition of Akuma from Street Fighter fame. Not that he’s simply in the game, but that he plays and handles like the unholy love child between Tekken and Street Fighter, down to EX meter bars and even Focus Attack Dash Cancel mechanics! A character like this is the perfect testing ground to coerce Street Fighter fans into this title and maybe converting them into Tekken fans as well!

This game is incredibly easy to recommend to a wide range of gamers, in short, there’s something here for everyone. Visually it’s astoundingly glorious, hits feel like hits, combos and mechanics are relatively easy to grasp and execute and the game’s skill ceiling allows for a wide enough gap for more conditioned players to wipe the floor with the casual audience. The game easily has legs as an eSports title and NAMCO Bandai themselves are running a world tournament not too dissimilar to that of the Capcom Pro Tour (CPT). Special mention has to go to the slow down mechanic when players are one hit away from losing a round. I’ve been lucky enough to see the hype this brings to a tournament and it’s always a winner with the crowd! Add in the creation of Akuma, which was handled beautifully, just adds to that wide range of diversity between characters that make every one of them feel like a new experience. Even if you’re not a Tekken fan, this is the title to buy and try out, simply let its hooks reel you in and capture your attention.