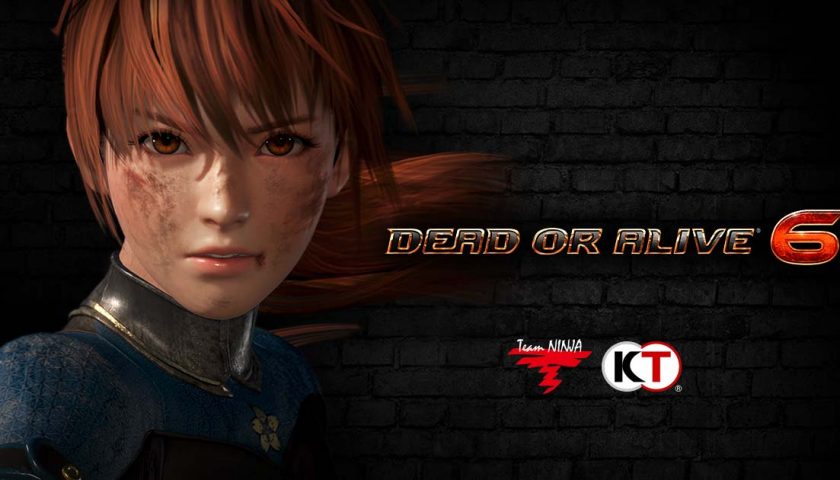 There’s always been the odd one out when it came to fighting games, no I’m not referring to Smash Brothers, I’m talking about the Dead or Alive (DOA) series. Unlike Smash, DOA fits all the normal criteria when it comes to the fighting game genre but was often overlooked by many due to its overtly sexualised aesthetics. It was no secret of the games selling point, the company behind the series even boasted proudly about having independent boobie jiggle physics for their well-endowed characters. It’s a shame though and not a surprise to those who looked deeper, that if you looked past this aspect, you’d find that the dynamics of the game were quite deep with an easy to understand by hard to master system. It was because of this that the game had a dedicated community that kept it alive and well in the FGC circles around the world, just generally on the sidelines though.

In line with that opening paragraph, the first thing everyone would have noticed from the trailers and when you start the game was just how toned down the sex appeal was. This was confirmed during the PR rounds that they wished for the game to be taken more seriously and were instead relying more heavily on the combat gameplay whilst also making a bigger splash on the esports scene. For those not familiar with the DOA series, it’s primarily built upon what they call the triangle system. This is essentially a rock, paper scissors dynamic approach to combat. You basically have three options, strikes, throws and holds (aka counters). Strikes beat throws, throws beat holds and holds (when the correct one is performed) beat strikes. For players out there who loathe the idea of memorising frame data and keeping up to date with every patch, this should be a massively appealing feature as the reliance on such data is fairly insignificant in many aspects of playing. When performed at the same time, a strike will beat a throw regards of its startup frames and vice versa for all the other moves. It goes deeper, of course, performing a successful hold/counter will involve reading the correct height (low, medium or high) of the strike thrown, and messing this up will reward you with more damage for your efforts.

Like most 3D fighters, you have the ability to sidestep your opponent’s attack and combos are generally performed by string inputs with less emphasis on timing links. The other thing to take into consideration are the stages themselves. Terrain or barriers can leave you open for extended combos, more damage and recovery. This just adds another element to the game giving it that deeper advantage you can get from researching further and building setups that work in unison with the stage you’re playing on! For the first time in the series we’re also seeing every character have a super move known as break blows, like most other fighting games this can be done by using some of your meter bar which builds up as you land or receive hits, this can be done by countering your opponents attack or ending your own devastating combo and performs a good amount of damage which can turn the match in your favour.

The tutorial is a bit of a mixed bag. After completing the introduction there were still questions that needed answering which forced me to go online to view some unofficial ones. It’s always a good idea for developers to leave no stone unturned when explaining their game to newcomers and other fighting games, like Killer Instinct, have shown that this can be easily done whilst games like Guilty Gear has shown us that you can even do this in inventive ways that makes this learning aspect quite fun. What does deserve a mention though is having all the commands and combos for each character in a simple step by step guide available at launch day and even goes as far to give you a difficulty level for each one!

DOA 6 also comes with some single player content in the form of a story and quest mode. Although we won’t spoil anything story related here, take it from us, this plays out like a bad anime. And not so bad its good. It’s disjointed, the lip-syncing is horrendous and even navigating the story was like a map written in a language that doesn’t exist. The quest mode, on the other hand, gives you a fight with a series of objectives, win the fight whilst successfully meeting all the objectives and you get stars which can be used to unlock new outfits and other cosmetics. It’s a nice idea and although initially, the game was an utter grind to unlock anything, a recent update has made this a lot more user-friendly. The online mode (yes, singular) is rather lacking though, you have ranked fights and that’s it. No lobby’s or casual matches to be found here, on top of this the netcode was a bit of a mess. It’s always hard to tell if it’s your opponents’ connection or the game itself but matches felt unresponsive and laggy which of course leads to more playing more predictively rather than on reaction, which is never a good thing.

Despite its valid criticisms, DOA is a pretty good game and one that deserves credit for being a good fighter. The sexualised nature of the series, whilst being toned down, is still noticeable, but significantly less so, making the game look less tacky from an initial perspective. In terms of gameplay, the series doesn’t take much knowledge to get an understanding of whilst at the same time, giving it the depth to be a very competent competitive fighter. A fair comparison to this game would be Tekken 7, which in its own right is a fantastic 3D fighting game, but has a much steeper curve when it comes to learning the ins and outs of. There are clearly some things that need to be fixed and added, but overlooking that, what you have out of the box is a great addition to anyone’s catalogue of fighting games and the competitive FGC scene.