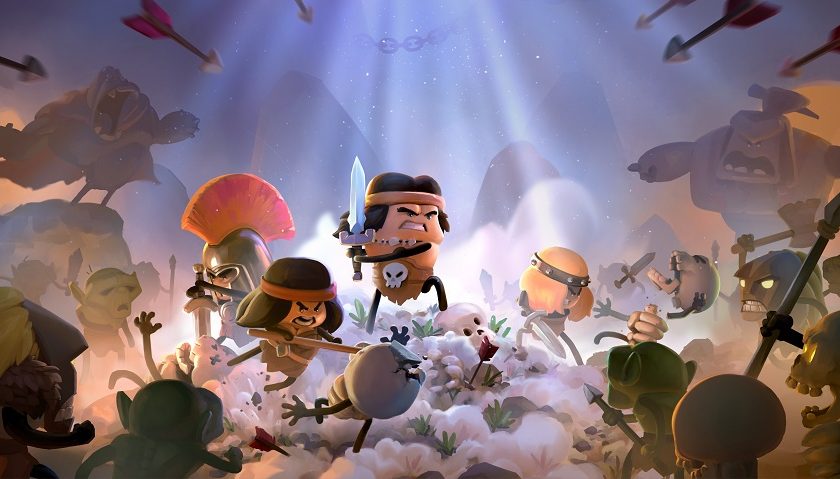 Conan Gets the Joke

Got to hand it to the people who make an April Fool’s Joke and two months later shock us all by making that game a reality, as Funcom and Australian developers Mighty Kingdom make the gag video Conan Chop Chop a reality for PC and consoles on the 3rd of September 2019.

I always enjoy a good hack-and-slash roguelike, and Conan Chop Chop has all those delightful features in a quirky stick-figure-esque art style. It provides a diverse cast of four playable characters to suit your playstyle, new fighting styles as you progress in the game, bountiful loot, random map generation, and 4-player couch co-op. It actually has some reminders of Castle Crashers in its play and art styles, which to me is a promising combination.

For those who care about the narrative and have a need to justify the game’s existence in Conan canon, the game is set in Hyboria as per the Robert Howard novels. It also brings back one of Conan’s first adversaries, Thoth-Amon the evil wizard, who is endeavouring to resurrect Xaltotun (because resurrecting Xaltotun is apparently the staple strategy to taking over the world in Conan mythos; never mind that his awakening actually means a whole lot of badness for everyone including the silly villains who brought him back in the first place). Players will be able to explore the desert of Koth, the enchanted Darkwood, the burning slopes of Hyperborea and the icy world of Vanaheim in their pursuit of saving the world from potential destruction.

Funcom’s CEO Rui Casais had a horrible time keeping this secret for the last couple of months – “The feedback we got from fans when we released the April Fools’ Day trailer was amazing and remarkably unanimous, and so I have been itching to give them the good news ever since.” Despite this, he hopes that people will appreciate the hard work that is going into Conan Chop Chop, to ensure that it lives up to the initial hilarious premise as well as the expectations and standards of those who seemingly “wished” it into existence.