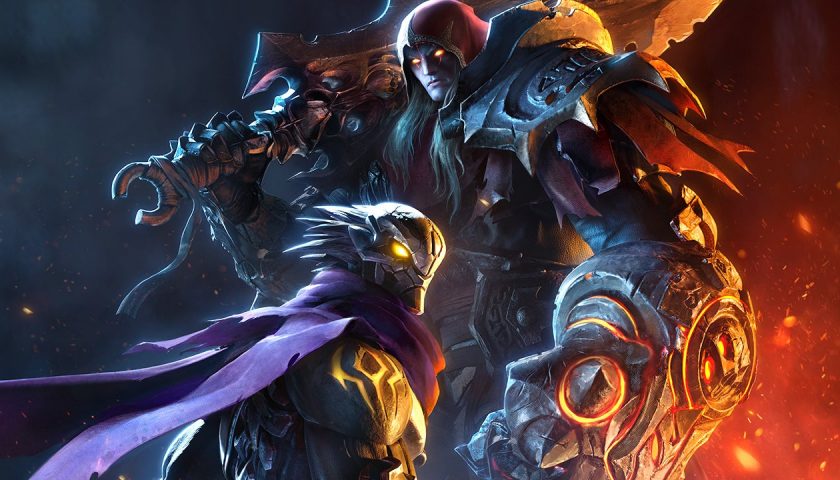 The years have not been kind to the Darksiders franchise, sales have never been especially strong, and then there was the THQ bankruptcy to contend with. Well now, everything is starting to piece together once again, beginning with 2018’s Darksiders III, a game that is still to this day receiving fresh batches of DLC, and now with a spin-off revealed. Airship Syndicate, the team born from the ashes of Darksiders 1/2 developer Vigil Games, and most recently responsible for Battlechasers: Nightwar have taken on the job of developing Darksiders Genesis, a top-down, Diablo inspired take on the Darksiders IP.

“Darksiders Genesis kicks off a completely fresh direction for the Darksiders franchise, including a new gameplay style, the introduction of STRIFE – the fourth and final horseman – and so much more,” said Joe Madureira, co-creator of Darksiders and CEO of Airship Syndicate. “The team at Airship is very eager to get Darksiders Genesis into the hands of fans at next week’s E3 show in Los Angeles!”

In spite of being a spin-off, Darksiders Genesis will mark the first time that fans of the franchise can assume the role of Strife, the final of the Four Horsemen of the Apocalypse. Strife has been summoned to save humanity from near-certain destruction at the hands of Lucifer. Darksiders Genesis is striving to feature intense combat, exploration, puzzle-solving, epic boss battles and serpent holes from heaven to hell that we’ve seen from prior entries but this game will mark the first, full-scale Darksiders adventure played from the top-down perspective.

We’ll learn much more about Darksiders Genesis in the coming days with it being playable for fans and press at E3 2019.