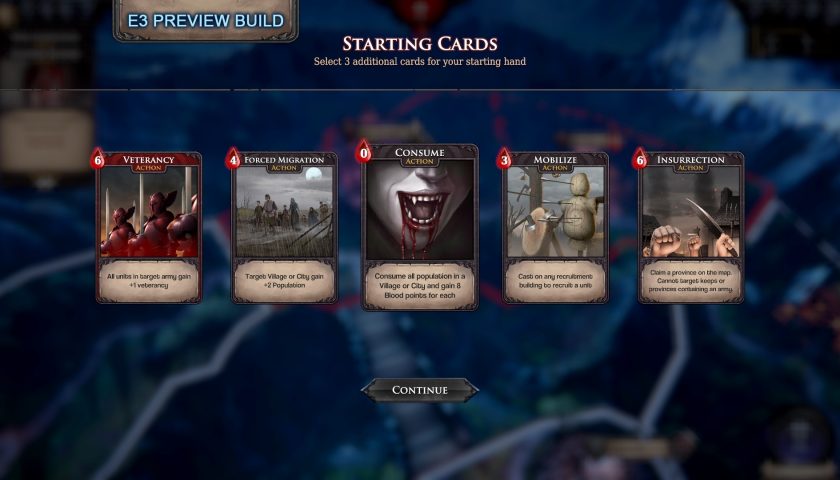 Immortal Realms: Vampire Wars Taking a Bite Out of E3

Kalypso Media, the cool cats behind everyone’s favourite Carribean dictator sim, Tropico, has a new strategy game on the cards and it is a long way from sun, sand and cocktails of the Bahamas. Immortal Realms: Vampire Wars is a turn-based strategy game that features elements from empire building and collectable card games. Oh and I guess you probably worked out, it features vampires.

From what I can tell the story seems to run along the lines of a few different vampire clans are tussling overruling the world, or somesuch power goal, while wiping everything else out along the way. Shakespeare, it is not, but I must say I do love a bit of Vampire: Bold and the Beautiful so it hits the right notes it could be a winning bit of horror pulp. Gameplay will focus around turn-based combat and dominating map regions so players into games like Heroes of Might and Magic (It will always be HOMM… ALWAYS) should be keeping an eye on this one.

Immortal Realms: Vampire Wars is coming this (Aussie) Spring for PC with a console release scheduled for next year. In the meantime check out the story trailer and screens and keep an eye on E3 for more details to bubble to the surface.