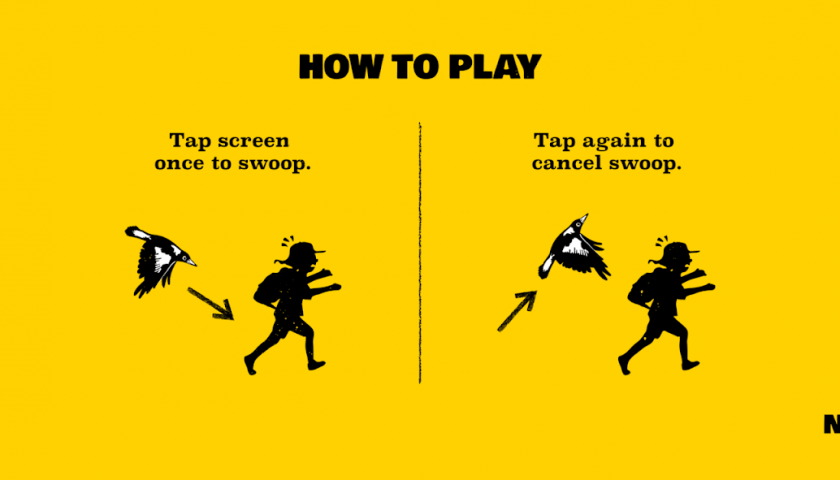 Things have been tough for the indie scene this year. The impact of Covid19 and the subsequent cancellation of every games development/promotional activity has hit indie developers hard. This is where IndieBoost comes in. Player 2’s attempt to right that ship in a small way. Check out these titles folks and help Indie Developers to keep filling our lives with creativity and originality.

Did you, an Australian, feel like Flappy Bird wasn’t relatable enough? Or did you, a non-Australian, wish that you could feel what it was like to experience a terrifying magpie-filled spring in Aus, only you’re the one that holds all the power? Enter: Swoopy Boi. Where everyone can live their power fantasy of being the magpie who swoops citizens, instead of being the citizen who flees.

Developed by Sydney-based developer Rohan Nowell, this is a free to play mobile game that can be enjoyed by Android and iOS users alike, and which is rife with Aussie humour that can be appreciated by players around the world. Give it a go, and by strewth try not to cark it.

Swoopy Boi can be had for the grand price of Zero dollerydoos on both the Apple and Android app stores. If you are an indie dev and want to see your game featured on Player 2 simply contact us!