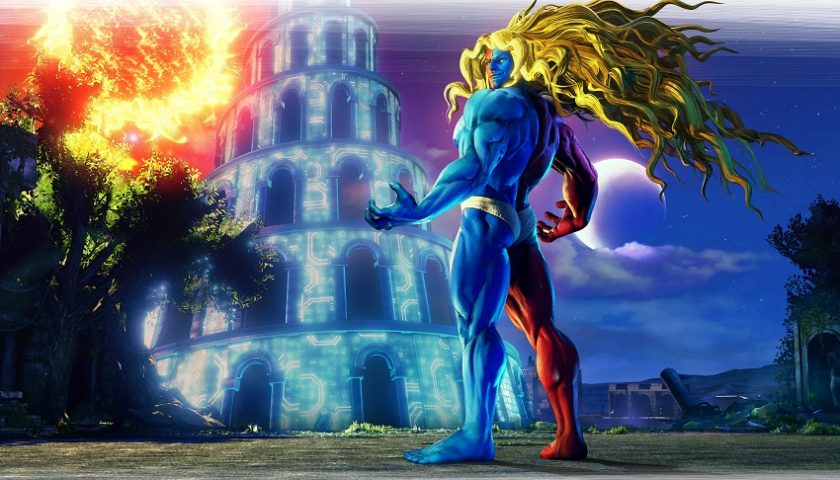 Street Fighter V: Champion Edition – More Fireballs Than You Can Poke a Stick At

Fighting games have been around for over 30 years now, and it’s impossible to mention the genre without immediately thinking of the series that truly helped define it all, Street Fighter. Despite the original Street Fighter being a hot mess which was received fairly poorly from gamers, its sequel (Street Fighter 2) was a revolutionary breakthrough and set the benchmark that all other fighting games should follow and strive to achieve. A lot can happen in 30 years, so let’s fast forward to 2016 and Capcom had just released Street Fighter V, which had quite a mixed reception between gamers and critics alike. In short, the game felt like it wasn’t finished and was lacking a lot of content, its gameplay systems and dynamics felt like they needed more refinement and this reviewer felt conflicted with the final product, all of which you can read here.

But after four years of updates, testing and refinement, Capcom have released Street Fighter V: Champion Edition (SFV:CE), so what does the latest release have to offer? And more importantly, does it feel like a better / more complete game? Let’s find out.

So, what exactly are you getting for your hard-earned dollars here? Well, it’s with great pleasure that we can honestly say that content is plentiful om SFV:CE! There are 40 playable characters in total, all have multiple skins to choose from and all with their own tutorials and story missions. As added diversity, each character also has two V-Skills and two V-Triggers to choose from! There are multiple arcade modes and stages as well as a story campaign to play through (although this alone is nothing too special, but it’s nice to have). All unlocked and ready to play from day 1.

This is an incredible change and a very welcomed addition to what was one of our major gripes about SFV’s initial release, which was severely lacking content that would be trickled in later and hidden behind a paid DLC wall. SFV:CE has essentially delivered what we’d expect from a fighting game in 2020, lots of options, choices and content both online and offline!

Bring balance to the force!

Competitive games don’t have it easy nowadays. Having a professional gaming scene essentially means you have the world’s best QA testers out there trying to find every exploit imaginable in order to give them an edge in competition. Because of this, the definition of what is balanced and fair in a game, means something entirely different in 2020 than it did in 1995. This is where we feel SFV deserves some of the greatest of praises. Even at the highest level of competition, we’re consistently seeing an incredible range of diversity in the top 16 of most tournaments where pro players are finding success with their favourite characters.

Although they’ve had some bumps in the road, Capcom have done a fairly decent job over the course of SFV’s lifespan, to balance and tweak the game to adapt to the ever-changing meta and new additional content. Unlike some problems in the past (Chun-Li or Yun in Street Fighter 3: Third Strike) this allows more viable choices at the professional level, all the way down to casual players just out for having a good time. It basically means the deciding factor in a victory has less emphasis on characters chosen and more on the player themselves.

Problems? Oh … we still got those

Sorry, but it’s not all sunshine and rainbows, there’s some issues with this game, so let’s dive right in. The first thing you’ll be rolling your eyes at is the horrendous load times. This was reviewed on the PS4 (not a PS4 Pro) and the game took 2 minutes and 58 seconds just to get to the main menu. Once there you’ll notice that the UI hasn’t received an upgrade in the last four years and is still a bit confusing, non-sensical, and yes you guessed it, slow to load up every sub-menu.

Quite possibly the worst criticism we have though is the net code. To put it bluntly, it’s terrible and makes online play unplayable. SFV has never made headlines for having the best net code but it does seem like it’s gotten worse over the years instead of better. Gaming in a lobby or online matchmaking results in characters warping all over the screen and rollback every few seconds, this makes it impossible to react to your opponent or generally play properly. We tested this on an internet connection that was 85Mb/s down and 23Mb/s up to another place less than 5KM away with a very similar internet speed, the results were identical to playing random people online and was essentially unplayable.

Offline was still a wonderful experience but in this era of gaming, there’s no excuse for a net code this bad, especially after such a long time in development. There are rumours and talk from Capcom that they’re looking into this and aiming to fix it, but as always, no direct roadmap or timeline for when this is going to be fixed … at this stage there are many of us assuming it will never be a reality.

So, should you get it?

Despite ending on a bit of a downer, SFV is now a game that we could honestly recommend to gamers on all types to pick up and play. It’s a barrel of content, all unlocked and available for one price and it’s generally a fun game to play with friends and thankfully one you can even play without. From casuals to professionals, the game feels extremely well balanced and you’ll find enjoyment at any level of gameplay. The only lacking aspect is its online play, which can definitely be a deal-breaker if you rely on that for most of your gaming enjoyment, if that’s holding you back, then you might want to sit back and wait for that issue to be resolved … if it ever will.