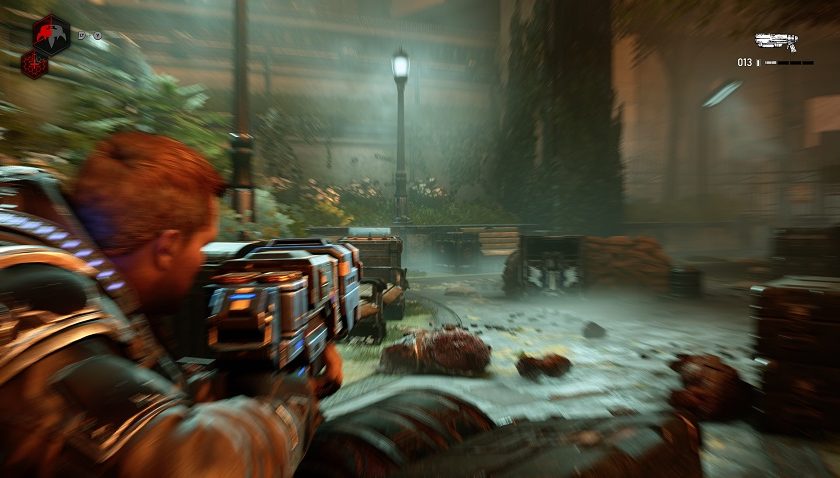 When Xbox Australia sent me the Series X they were kind enough to send me a range of games to try on their new beasty system. Some of the games are still being updated in the lead up to launch and some are under embargo, so in this first part of what I imagine will be a three-part article, I will be only talking about games that are fully Series X enhanced and playable right now. Stay tuned for more parts when the other titles become available and updated.

No one could say that Forza Horizon 4 wasn’t already a stunning game, but running at 4K and 60FPS really takes it to the next level. I have already made my love for this title well known but playing it on the Series X has really rekindled my passion for what, in my mind at least, is the premier racing experience for the general public (obviously not for the hardcore sim heads). Certain games highlight the jump to 60FPS and Horizon 4 is certainly one of them.

What is even more impressive is the fact that, if anything, the whole game is smoother and more stable. Even at this increased framerate and resolution, the game is silky smooth with not a skip, drop or stutter to be seen, even when hurtling down a British highway in an Aston Martin Vanquish at 330kph. While the Series X enhancements don’t include the addition of RTX, there is a noticeable improvement in lighting and reflections, so much so that you would be forgiven for thinking that RTX was included.

I was a late convert to the Yakuza franchise, but I am all in now and of all the launch titles for either system, this one was the one I was most looking forward to. It is a fantastic game (as Stephen’s review attests too) that has changed what has come to be expected from the franchise while staying true to its roots, being undeniably a Yakuza title.

All that being said, much like the previous games in the franchise, this isn’t a technical marvel. That isn’t saying it looks bad because it doesn’t. There is a lot of detail in the game, character’s faces are wonderful and the city of Yokohama is vibrant and lively, but there is nothing in the game that screams next-gen. This isn’t the title you would show a non-gamer to impress them with graphics. What this game benefits from the most in the new system are the improved loading times, which are so fast you don’t have time to read the on-screen hints. When you consider that the game has a loading screen every time you enter or exit a building, you can easily see how beneficial this is.

Another title I enjoyed immensely upon its release and considering I already thought it was quite the looker, it is now truly gorgeous. Once again the jump to a higher frame rate is immediately noticeable, with the action smoother, especially when snapping in and out of cover. The frame rate is actually variable, with it never dropping below 60, but in most instances will be over 100. Multiplayer runs at a sold 120 which is outstanding and may actually lead to an in-game advantage for Series X players over those on the older systems.

Ray tracing has also been added and is especially noticeable in both the lighting and weather effects. The game’s already jaw-dropping introduction as Marcus and co rappel into a rainbow lit cave is even more breathtaking. It makes me so happy to see how good a game from the last generation can look and run, imagine what is coming when talented developers fully get a handle on this new tech. The final bit of good news is perhaps the oddest bit of next-gen trickery and that is you can replace Marcus Fenix in-game with none other than Drax the Destroyer. That’s right, the worlds’ most deadly Asthmatic, Dave Bautista is in the campaign, including both looks and voice. If that isn’t a reason to replay, I don’t know what is.

Only available on PC up until now, Gears Tactics is an Xcom-like spin-off from the main Gears franchise that surprisingly works rather well. That being said, this once again, isn’t the sort of game to push a system to its limits and immediately wow with how it looks. That said, the more you play, the more you notice the sheer amount of detail that has gone into the look of the game, something that is even more noticeable on a 55″ TV in 4K resolution.

While this may not be the immediate eye melter that it’s big brother is, it is a fantastic title and one that will give you plenty to keep you busy if you like some turn-based strategy in your gaming. The game is familiar enough that Xcom players will be able to pick it up and run with it, but it features enough differences that they won’t be able to master it instantly. It also includes a host of Gears lore, for those that are invested in the long-running Gears V Locust war.

Stay tuned for more on enhanced Xbox Series X titles in the near future and catch my thoughts on the hardware itself here: