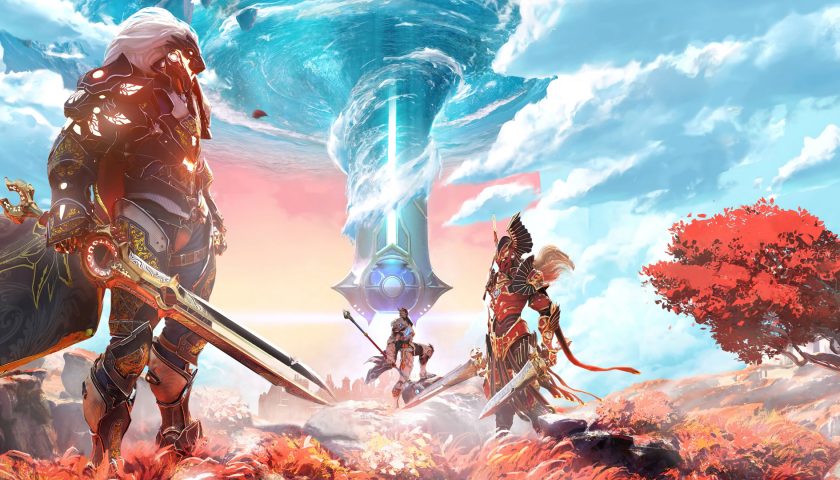 At the beginning of any generation, gamers tend to find themselves introduced to new franchises and titles that specifically look to push the hardware limitations of the console – namely in terms of visuals. These titles tend not to be the warmest received, look at Ryse: Son of Rome from the Xbox One launch as an example. Meanwhile, the PS5 generation has gotten off to a sensational start thanks to the likes of Spider-Man: Miles Morales, Demon’s Souls, Sackboy: A Big Adventure, and Astro’s Playroom. Each of these titles has bucked the recent trend of being only skin deep launch titles with little beyond visual prowess, featuring excellent gameplay, smart implementation of new console features, and would easily be considered excellent titles regardless of their next-gen status. Unfortunately, though, Godfall, the final pillar in the AAA exclusive PS5 launch line-up, from budding studio Counterplay Games and Gearbox Publishing, is the one title unable to stick the landing.

The incredibly striking, high fantasy setting of Godfall is split into realms of Air, Water, and Earth, where you assume the role of  Orin, one of the few remaining Knights with the capability of preventing an impending apocalypse brought on by a former partner, and now mortal enemy, Macros. To do this you’ll repeatedly traverse the three aforementioned realms, complete a series of repetitive missions to collect enough of a specified item that then unlocks a door, once the door is unlocked you can take out the realms “final boss” and progress to the next realm. What seems like a wonderful concept to wade through at first quickly devolves into tedium, and becomes increasingly trivial the longer you play the game. A war between two once great friends, now enemies should afford a writing team a tonne of luxuries as you flesh out the backgrounds of each, but so many opportunities are missed that could have made the narrative more appealing and engaging.

Godfall’s marketing team dubbed the game a “looter slasher” a take on the established “Looter Shooter” sub-genre that Borderlands, in particular, has made prolific in the last decade. In reality though, Godfall shares more loot systems with Diablo than the gun-raining Borderlands, and there are far fewer variations in the weapons you find. Typically each weapon, whether it be a longsword, dual blades, polearm, two-handed war hammer, or the two-handed greatsword, each have one key point of difference statistically, so it doesn’t necessitate the level of thinking that goes into your Borderlands arsenal. Orin can lug around two weapons at any time with more in your bag to swap in at any point. Layered atop all that is then, of course, weapon rarity which adds further wrinkles to the selection process. None of it is especially hard work, and though your weapon (or other gear) may have a handy elemental or stats boost applied to it, success will hinge purely upon your combat proficiency rather than extra stat perks or buffs. This is one of the areas that Godfall largely gets right. Combat itself feels akin to many modern action RPGs. Players will need to strafe, block, and parry to create openings and then smartly alternate between light and heavy attacks (strangely mapped to the R1 and R2 buttons on the DualSense). It’s the standard fare for modern titles, but it’s quite well-executed, and the scenario design often presents you with enough differing enemy types that you’ll need to switch between various offensive and defensive strategies fairly often to counter heavy enemies, ranged types, and more. Levelling systems are in place, and you’ll be quite often rewarded with skill points to distribute through a fairly large (and quite overwhelming) skill grid.

The only concern with the game’s combat is around how it actually, physically feels to play. The combat, while excellent mechanically, doesn’t sound or feel heavy enough in the hands. The clashing of a sword against an enemy (or their weapon for that matter) doesn’t reverberate through the controller as it should, nor do the sound effects, either through the TV set or the DualSense evoke a feeling of power. It’s the lack of additional sensory stimulation that sets Godfall’s combat back when compared to other games, not only on the PS5 but from previous generations as well.

Though the audio production underwhelms through a combination of the previously mentioned combat SFX, it’s also the voice-acting that falls a bit flat at times, sounding very much like a product of detached voice actors recording out of their homes during a pandemic with little more than the bare minimum of emotion projecting from the cast, despite the dire circumstances the game has placed the characters in. On the visual side, however, Godfall shines brightly. From stunning world design to reflections and bouncing lights that constantly catch the eye, there’s no doubt that Godfall ticks the number one traditional box that needs ticking for a next-gen title. It’s only a shame that there aren’t enough regions to explore in the world so, for as well designed as each realm is, you’ll quickly grow tired of seeing the same locations.

You can see a lot of love has gone into Counterplay’s work here, and there are some really strong foundations present, but it’s the areas where they don’t execute as well in that really bring down the experience. There’s nothing bad in Godfall, but there’s just nothing especially remarkable either, and it’s that easily forgotten factor that makes it a tough sell for prospective buyers. You’ll play far worse titles than Godfall over the years, but with the superb suite of titles surrounding it at the launch of this new generation, a so-so title such as this doesn’t really shine like it needs to.

Godfall was reviewed on a PS5 with code kindly supplied by 5-Star Games.