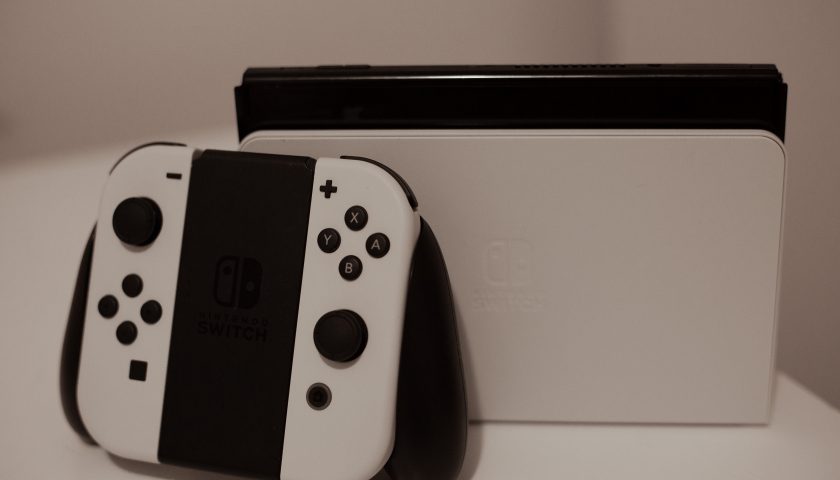 When Nintendo initially announced the Nintendo Switch (OLED Model), I scoffed. Given months of rumours about a hardware upgrade akin to the Xbox One X and PS4 Pro, the idea that the Switch OLED was built around that screen and an ethernet cable seemed laughable, and felt like a quick, easy opportunity to cash in on the overwhelming success of the Switch, and the growing need amongst families to buy a new machine for another child. As it turns out though, the Nintendo Switch (OLED Model) is a sensational new unit, boasting some improvements that will tempt even the more hardcore audience, despite not boasting any processing changes.

Let’s begin by highlighting the many concerns fans have of the Nintendo Switch in its original form. Awkward access to the rear of the Switch dock, an aging display, Joycon drift, power port placement, battery life, and a flimsy kickstand amongst others have all been primary concerns of owners, but it seems Nintendo has been looking at that list, and has attempted to address as many as possible in this hardware update, so let’s reflect upon that list of concerns and the changes (or lack of) that have been made:

If you’re a player who mostly wishes to play their Switch in docked mode, then the OLED Model probably doesn’t offer you too much. Games will still render in 1080p resolution, and of course the picture beyond that is dependent upon your television. The OLED Model is very much for the portable Switch player first and foremost. It’s nice to see new features like bluetooth support there from straight out the gate, but this was a recent addition to the 2017 launch model, so is no point of difference between the two. The 32gb of internal memory in the original Switch is doubled in the OLED, but the Nintendo superfan will most likely need to pick up a memory stick to give themselves that bit extra.

While nothing revolutionary, the Switch (OLED Model) is a great buy if you’re a fan of playing portably, and are looking for some smaller quality of life improvements in your playing experience. Not every concern has been addressed in this model, and it’s not going to stop the longing for a “Switch Pro”, or a “Super Switch”, but it’s a great option for new players or those enthusiasts looking for a bit more pizazz.