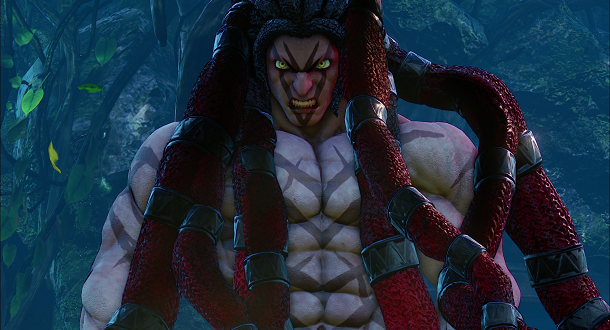 Fans hungry for more info on the worlds most popular fighting game were give a treat with a slew of new information being released. The first is a brand new character for Street Fighter 5 called Necalli. Check out Capcom’s description of Necalli below:

Possessing a wide variety of savage and close range attacks, all of Necalli’s moves have been forged through the heat of battle to ensure he’s inflicting maximum pain upon his opponents. Making full use of the Battle System mechanics, Necalli’s V-Skill allows him to pound the ground with both fists, creating an explosion that damages the enemy whereas the powerful V-Trigger allows him to channel a mysterious energy that changes his hair colour and alters his personality for a short period of time.

In other news Capcom have stated for the first time ever there will be no new releases of Street Fighter 5. In other words there will be no Super Turbo 2017 edition coming. Instead players will be able to buy any new dlc or earn them by playing the game, similar to how most MOBA’s operate. They have also stated that all gameplay balances and tweaks will be free downloads. This is nice news for those worried about their version of Street Fighter being out of date in 6 months as has happened in the past.

In all the game seems to be coming together nicely and players should be excited to see what else is coming for this highly anticipated fighter.