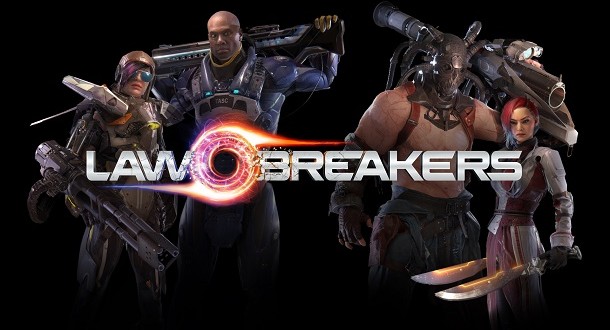 After the title was announced earlier in the week, BossKey’s Studio’s new title Lawbreakers has just given players the first glimpse at gameplay for the anticipated title. The game is highly anticipated due to the involvement of Cliff Bleszinski, his first game since leaving Gears of War studio Epic. Check out the trailer and the official synopsis for Lawbreakers below and let us know if this is a game you are looking forward too.

LawBreakers is an upcoming competitive FPS game from Cliff Bleszinski and BossKey Productions. Featuring team-based action from any angle, its characters and spaces manipulate gravity to create a unique, dynamic style of gameplay that rewards skill – not streaks.

LawBreakers is set in an alternate future in which the world has been divided into dual factions, after a huge cataclysmic event known as ‘The Shattering’ changed gravity forever. Society has recovered in a manner of speaking, but two forces are fighting for control – a peacekeeping organization charged with upholding the law, and a highly-skilled crime syndicate bent on breaking it.