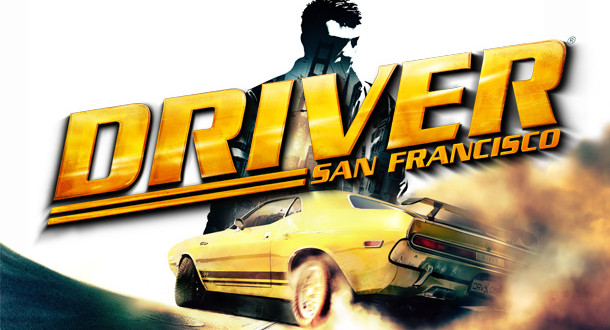 In Case You Missed It – Driver: San Francisco

Back in 2011 when I was offered Driver: San Francisco for review by my editor of the time I was more than a little dubious. The previous two entries in the franchise had been nothing short of terrible and the marketing campaign for San Francisco had been subdued to say the least. But I said yes because I thought I would be taking one for the team and sometimes writing about a bad game can be cathartic. What I didn’t expect was one of the biggest surprises I have ever had. Driver: San Francisco was not only a better game than I expected, it actually became one of my games of the year.

The main reason this game was so entertaining is the developers shrugged off all constraints of  a little thing called reality and created a gameplay mechanic that redefined the way an arcade racing game was played. This mechanic was called shift and it allowed me to possess any car in the city. That’s right in the middle of a race I could shift into incoming traffic to ram my opponents or into a tanker to block an escape route for a criminal. This idea tuned the game on its head and added something wholly new and unique to the genre.

The story to go along with the vehicular carnage was b grade all the way but in an enjoyable manner. The entire game played out like a 70’s cop show and told the very simple tale of a police officer chasing down a terrorist. Of course this police office, after a car crash, could possess any driver in the city so it does stray from the norm a little. This 70’s setting is without doubt helped by the cool funk inspired soundtrack and the fact that the protagonist’s main ride is a Dodge Charger, a car that is sure to be recognised by action film buffs. The game is obvious in its reverence for classic film and tv car chases with multiple bonus levels that reenact scenes from classic movies. The Blues Brothers, Dukes of Hazzard, Bullit and many more are all unlockable. There is even a very special bonus mission that can be unlocked if you find a particular car and drive it at 88mph, I’ll let you guess what car that is.

All of these crazy mechanics and movie love would fall short if the actual driving wasn’t up to scratch but luckily that is not the case. The game has a very arcade feel to it (Forza this is not) with big drifts, traffic weaving and loose handling the order of the day. The racing action was white knuckle stuff and pushing the car to its limits was hugely entertaining. In fact I would go so far as to say I had the most fun drifting around corners in a game since Burnout 3 and that is saying something. This is helped by the fact that every car in the game world is a licensed car and not something made up for the game. There is over 200 different makes and models that can all be collected and driven in game so car lovers are sure to have a blast.

What this all adds up to is an entertaining and unique arcade racing experience that has its own sense of identity. I never saw this coming considering the previous entries in the series were so bad, so when it arrived I was blown away. To this day the game holds up and it is hard to find a more entertaining arcade experience on four wheels. What is even better is the game is regularly available on Steam for less than 10 dollars so there really is no excuse for not strapping yourself in for a hi octane blast like no other. Driver: San Francisco is well made, well executed and most of all a massive amount of fun.