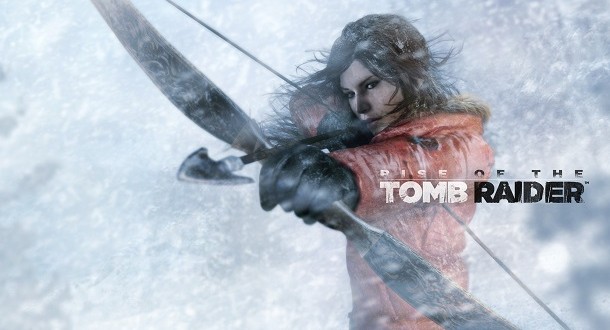 Rise of the Tomb Raider – Impressions / Hands on

Over at the Microsoft booth during EB Expo 2015 we were lucky enough to get some hands with a demo of the latest Tomb Raider game – ‘Rise of the Tomb Raider’. It didn’t take long for the game to swing into full motion with the truck I was travelling in was blown up and after surviving this, making my way quickly to the tomb I intended to raid.

The demo show cased everything in a short ten or so minutes, exploration, puzzle solving, combat and the mechanics and dynamics of its gameplay. Lara now has a vision mode that’s not too dissimilar from the mechanic made famous in the Assassins Creed games. Essentially this will highlight either where you need to go or what you need to interact with to progress. It’s impossible to tell at this stage but the demo felt like it was walking a tight line between nudging the player in the right direction and holding the players hand too much. This could go either way in the full version of course but I’ve always felt that a game designed well would never need to do something like this. The good news though is that whilst figuring out the puzzles, I was barely aided by this.

As I progressed further, things went pear shaped in true Tomb Raider style and I was thrown into a short burst of combat, quick time events and running away from a dismantling building. It was at this stage that I noticed a big difference between the last Tomb Raider and this one, and something that I hope is consistent with the full version. And that is, more focus on raiding ACTUAL tombs and puzzle solving, with combat, etc. there to mix up the pace. If there was any criticism of the first game, it was that it focused entirely too much on combat, with the aforementioned thrown in as more of a side quest.

Visually the game looks stunning and the demo was running very smoothly. I was told at the event that there were various things altered in the demo so it would suit the games room floor better, allowing guests to actually finish the demo a lot easier. So naturally … I died three times when completing this. Rise of the Tomb Raider is out this year before the Christmas rush and if the demo is anything to go by, it’s going to be a winner.