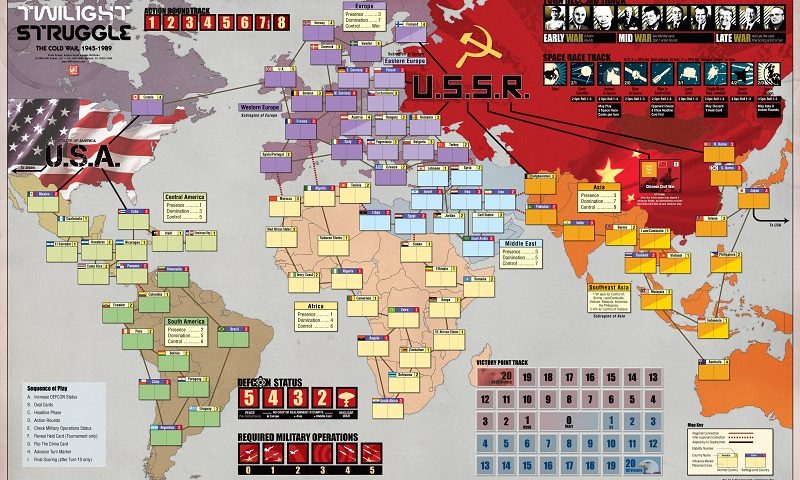 Ken is back with a new video and this time he is looking at Twilight Struggle, a board game that has made the transition to the virtual world of video games.  Set during the years of the Cold War, players take the role of the USA and USSR and attempt to exert influence and control around the world. Will you rise up against the capitalist pigs? Or fight back the onslaught of Communism?

So join Ken on his journey through the virtual recreation of one of his favourite board games.