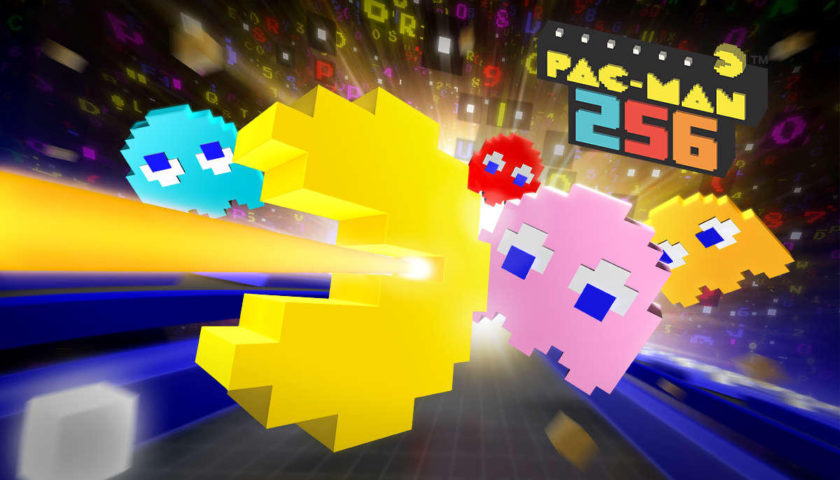 You can count on one hand the number of game mascots as well known as Pac-man, from early arcade machines to home consoles the little yellow bugger has withstood the test of time and Pac-Man is his newest outing. Originally developed for iOS and Android by Melbourne’s Hipster Whale, I spent some time with the newly released port on PlayStation 4.

Now when I think “a port of a phone and tablet game”, I think of a lot of the terrible cash-ins on Steam where a developer has haphazardly stitched some  PC controls on to of the project and changed nothing else to make it feel like it was natively developed for the platform. Thankfully this is NOT the case with Pac-Man 256 it feels like it belongs on the console and plays like a classic arcade title with a modern twist.

Gameplay is similar to your standard Pac-Man affair except the map is endless and procedurally generated and there are unlockable power-ups that give the player an added advantage and boy are you going to need them. The classic quadruplet of ghosts are back and each has their own behaviors that you need to learn and for the most part, avoid. Some will wait in one place and then when you are in their line of sight will charge at you with speeds higher than you can ever hope to achieve while others will group up forming moving walls that you need to traverse. The two most notable additions in enemies are the “glitch ghost” will randomly spawn in the map and mess up your run and the wall of glitched code that chases Pac-man from the bottom of the map which means you have to keep moving and making split second decisions.

The main progression system is the same power-up system that was attainable by slowly grinding or unlocked with micro-transactions in the mobile versions of the game. Luckily in the PlayStation 4 edition, there are zero micro-transactions and the game is much more generous in awarding points towards the power-ups. The power-up themselves range from laser beams to bombs and tiny Pac-man attack clones to even the odds against the ghosts.

A new feature to the console edition is the ability to play you runs in co-op with a friend, to test this out I played with my 10-year-old sister who’s original reaction to the suggestion was “What the heck is Pac-man?” but who went on to keep me on the couch playing for hours. Co-op is laid out like the normal single player mode just with another player accompanying you, if one of you should fall in battle with the undead horde a new power-up will spawn every now and then which brings the fallen player back into the fray.

This game is a great little score chaser and evokes the classic “one more go” mentality, it has quickly become one of my go-to games to distract myself while I wait for my nightly squad to come online for a more intensive play session which was usually the job of games like Tetris and Peggle 2. Pac-man 256 is a great spin on a classic and proves that you take mobile game built for short bursts of fun make it feel like a home console game with a little love and care.