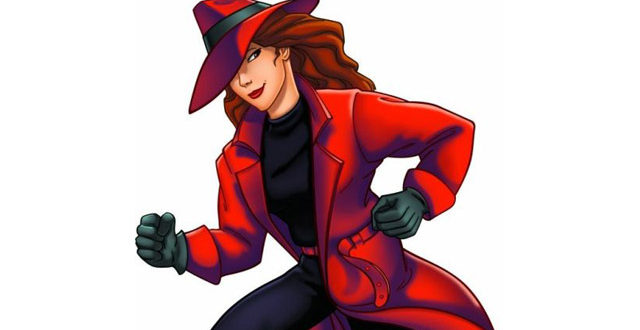 Those were the days – Chasing a Master Thief

For those of you out there that are as old as me you probably remember the “Edutainment” phase of video games. From about the mid-80s till roughly the early 90s there was a wave of video games released that carried the “learn while you play” mantra. Even shareware developer Apogee, more known at the time for games like Duke Nukem, Commander Keen and Bio Menace, got in on the action with a range of games based on both reading and math. There was, however, one edutainment title that stood head and shoulders above the rest. That title became a mainstay of my early gaming years and has since become one of my most cherished memories as far as gaming is concerned. The game was so popular it produced multiple sequels and spin-offs as well as a short-lived Saturday morning cartoon show. I spent more time playing this game than any other during my early gaming years, in fact, I don’t think a day went by that I didn’t ask myself “Where in the world is Carmen Sandiego?”

At the time I remember riling against my parents for their insistence that I could only play educational games. I was about 8 at the time and like any boy of the era I wanted to be bouncing off the heads of mushrooms, beating up the foot clan or shooting invading aliens not learning about geography and history. But thankfully this rule led me to “Where in the world is Carmen Sandiego?” and the treasures contained within. The game had a rather simple premise, a master thief (Carmen) was terrorising the world by stealing important artefacts from museums everywhere and the player was tasked with tracking her down. To do this, players had to use a series of clues to find out where she was heading and catch her in the act. These clues were usually the colours of a flag, the mention of a city or the description of a famous landmark. As the game went on the clues got harder and the cases got longer until players (after arresting her entire gang) could capture Carmen Sandiego herself.

This simple idea took a hold of me, first and foremost it was a fun game and this is where the title succeeded as an educational tool. I didn’t realise it at the time but I spent just as much time looking things up in the encyclopaedia as I did playing the game. Our family’s copy of world book had never before seen such use (the “flags of the world” page especially) and it was all in the name of a game. Capturing these robbers became a consuming passion and to do that I had to expand my knowledge base. My mind was growing as I was playing and I honestly don’t think any game has achieved that perfect balance since.

Carman went on to have other adventures. She travelled through history, around the USA and into outer space but it was her travelling around the globe that will always hold my fondest memories. Sadly, after a new version of “Where in the World” was released in 1996 (that was excellent by the way) failed to gain traction the franchise was put to bed and the world’s greatest thief is now only mentioned by old gamers such as myself in revered tones. This, I feel, is a tragedy, as I am now a parent and I would love for my kids to be able to find a game such as Carmen Sandiego to sink their teeth into. At the time I didn’t realise it but the game gave me so much more than a good time and I think our current youth are missing out on a wonderful opportunity to both entertain themselves and learn about our world at the same time.  I honestly hope Carmen Sandiego isn’t gone forever but if she is I will always treasure our time together.