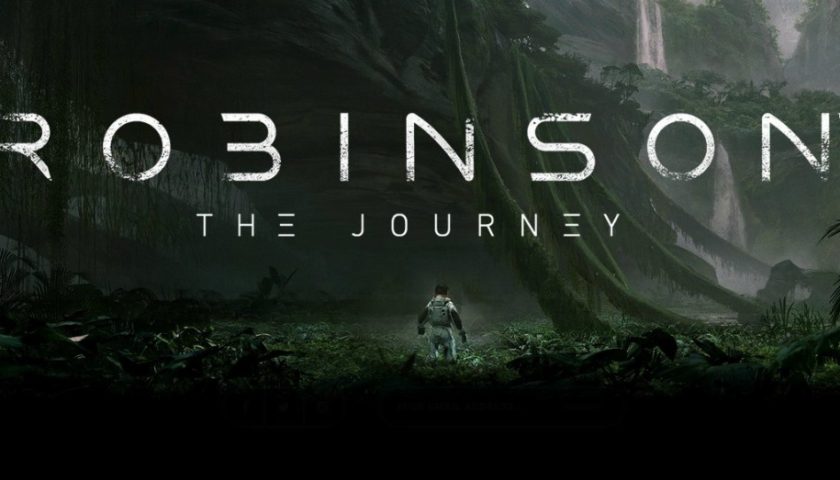 When I first acquired my Playstation VR I was eager to see the new experiences I could have with this new medium. Pretty swiftly I realised that in terms of content there was a lot of short and shallow offerings that ended up being little more than tech demos. Robinson: The Journey is the first full priced title I  had the pleasure of playing on the Playstation VR and it was surprisingly immersive, capable of making me lose myself in its lush and diverse world.

You play as Robin, a young boy who was part of a colony living on a space station which for story related reasons collides with a planet and you are seemingly the lone survivor. The space station was tended to by robotic butlers that float around and quip in a way reminiscent of the cores from Portal. One such floaty orb by the name of NAME has survived the crash as well and continues to serve Robin as a companion and as an almost parental figure.

Early on you are introduced to your second ally which is a baby T-Rex, NAME. The baby dinosaur makes total sense in the context of this game because the main attraction for me at least was that this planet you are trying to survive on is filled to the brim with dinosaurs. This is like a sci-fi take on Jurassic Park: The Lost World in all the right ways.

Between the player character and his two allies you will start to find solutions to the various puzzles you must deal with in order to flourish in this world, there is an entire questline about retrieving a valuable piece of equipment from a pterodactyl and if that doesn’t get you excited I’m not sure what will. Using the baby T-Rex to roar and smaller dinosaurs to make them move out of the way to having your robo friend access data and recall pieces of plot important information really starts to build a real bond between yourself playing as this little boy. The data you are recovering pieces the backstory of the narrative little by little.

Gameplay wise you are interacting with a lot of the environment around you but ultimately the structure of the levels is incredibly linear. The best way to play this game is to take your time and just appreciate the level of detail and thought put into the world. The reason everything is so gorgeous is because this project is what became of those “Dinosaur Island” tech demos Crytek were showing off when VR resurged in the industry a few years ago.

I had an absolute blast with Robinson: The Journey during the time I spent with it but I couldn’t imagine I would be back for a second playthrough. I’d recommend if you were picking up a Playstation VR and wanted to see where the platform seems to be heading in terms of graphical fidelity but it serves more as an entree to the main course of something a little meatier in terms of length.