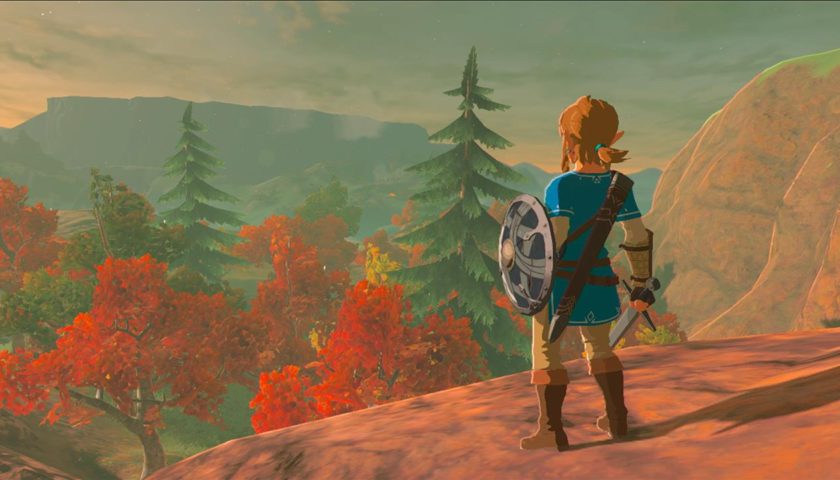 By the power of Greyskull, we have had an epic month for gaming. Horizon, Zelda, Nier, Ghost Recon, Torment…. the list just seems to go on and on. Add to this Mass Effect next week and it would probably be safe to say that this has been the best March release period ever. It seems like it has just been one quality release after another and it is just impossible to keep up. Sadly I have had to put Nier and Torment on the back burner to be played at a later date, which is a shame because I miss out on the “watercooler” buzz for both those titles. I also haven’t put nearly enough time into Zelda and with Andromeda around the corner, I can’t see that changing. There just isn’t enough time in the day for all this gaming goodness! What games are you all putting off in this crazy period or are you going all-in and taking them all on?

What’s with the need for gamers to make everything a competition? Snes vs Mega Drive, Xbox vs Playstation, Overwatch vs Battleborn (hahaha I kid). It seems that as long as there have been video games there has been gamers butting heads over who’s favourite thing is better. The latest argument I am seeing a lot of is Zelda vs Horizon. For starters, they are both excellent games and for seconds they are actually quite different from each other so why this need for gamers to fight over their own personal favourite? Is it a need to justify an expensive purchase, an urge to have personal opinions reciprocated by others or something else entirely. Don’t get me wrong, competition is good for gamers (just look at Pro Evo vs FIFA) but that competition should be left to the developers and publishers. Gamers should be sitting back and enjoying the results, not fighting with each other over which game or system is superior. Having favourites is natural, fighting others over theirs is just plain childish.

Handing Back My Master Race Card

I have gotten old. There I said it. Old age has crept up on me and is making be a grumpy bugger that doesn’t have the time for stuff that just doesn’t work. This has led to the purchase of a pre-built gaming rig for the first time in my life. I have been building my own PC’s since the 486 (like I said, old) so this is a massive departure for me. I have always enjoyed building my own rigs. From buying the parts, to bleeding on the motherboard, to pressing the power button for the first time and having to go back and swap the jumpers around. It was always an enjoyable task. But now, the thought of all that stuffing around just sends shivers up my spine. I guess I am a changed man, but I will be honest with you I am looking forward to opening up a box, plugging it in and it just working. If that means I lose all of my geek cred, well that is something I can live with if the price is less fiddly tech issues in my life.

Yes, the rumours (that to be honest, I started) are true. The Player 2 Marathon will be back for another year. This year we are going to be supporting a new charity which we will announce soon. We can also announce the date. The 26th of August is the day the magic will happen and once again you will be able to join us on Twitch (or possibly YouTube) for all the fun. There will be sweet giveaways, tonnes of great games and of course Player 2 writers blasting their way through 24 hours of non-stop gaming. So mark it on your calendars and stay tuned to Player 2 for more info soon!