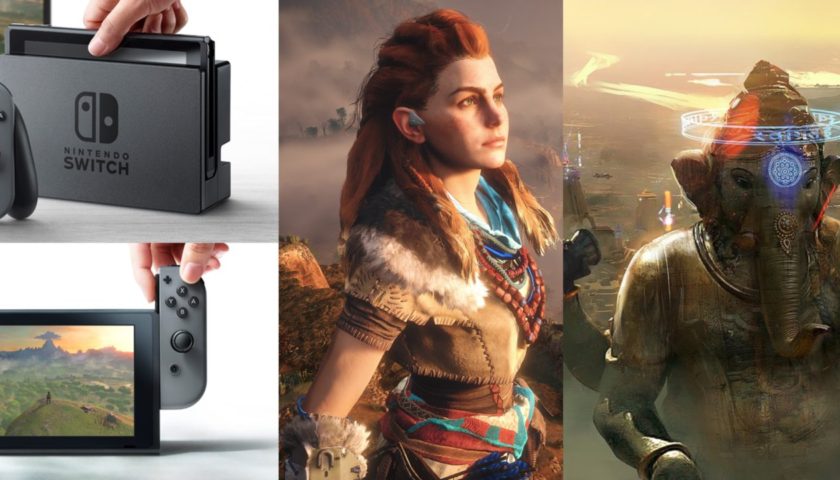 As we approach the midpoint of 2017 I find it hard avoid thinking back on the six months that have just passed. It has been six months of surprises, hits and classic games. In fact I think I could easily make an argument that the first half of 2017 is the best period for games releases in the last 10 years, if not ever. It has been an amazing time so I thought I would take a moment to look back at some of the highlights and why the start of the year has been so special.

I’ll admit, I was riding on the “Switch will kill Nintendo train.” I honestly thought it was bonkers. Boy am I happy to be proven wrong. The Switch has sold like hotcakes and the lack of launch titles has been negated by a steady stream of high-quality AAA titles with a selection of wonderful indie titles to fill the gaps in between. The Hardware itself has a few niggles but overall is a great bit of gear that has me thinking about what games would work wonderfully in a handheld format. I am actually buying 3rd party games on a Nintendo system… who would have thought? The future is looking pretty good too with some top-notch titles on the way before the end of the year. Now if Ninty could just make sure to not stuff up the online space I will be firmly back in the “I love Nintendo” camp.

Horizon: Zero Dawn really caught me off guard. I had liked what I saw before the game came out and expected to enjoy the final product but I had no idea how much the game would take over my spare time. The wonderful writing, superb combat and amazing setting sucked me more than any game in recent memory. In fact, the last time I felt this way about an open-world game was Red Dead Redemption so that alone should tell you how I feel about Aloy and co. Guerrilla Games has never been a developer I followed closely, the Killzone games never really did it for me, but with Horizon: Zero Dawn I can safely say that I am their number 1 fan. I am craving more adventures in this world more than Ben Cousins craves a big old pile of cocaine and the wait until first DLC adventure arrives is almost more than I can bare. I may be proven wrong but in my mind 2017’s game of the year has already been crowned, and that crown looks wonderful on Aloy’s head.

Sony has been kicking the big goals with their exclusives in the first half of this year. Not only did they have the aforementioned Horzion but they have also had Nier: Automata, Gravity Rush 2, Nioh, Wipeout Omega Collection and the Crash Bandicoot remake (in a couple of days) to name a few. In my mind, it has been Sony’s best release period since the PS3 and it has only extended their lead in sales over the Xbox One. Cracking game after cracking game will do that.

If there was one thing in gaming from the first six months that will stick in my mind for years to come it is the passion that Ubisoft displayed during their E3 conference this year. Ubisoft is an easy company to take cheap shots at, with the formulaic yet super successful games they produce but this year’s E3 showed a very different side of the house. Not only did they do new and interesting things with their tentpole franchises but they showed some wonderfully creative new titles. To top it off they weren’t afraid to show the passion that goes into creating these games, especially evident when Davide Soliani shed a proud tear when Shigeru Miyamoto thanked him for is work on Mario + Rabbids or when Michel Ancel was overcome after finally lifting the lid on Beyond Good and Evil 2. It was a great show the highlighted the human side of Ubisoft, making it a unique and unforgettable experience.

So there you have it, just some of the great things in gaming that have occurred during the first half of this year. It has truly been an amazing time for games and it makes me wonder if the second half of the year can hold up. If it does 2017 could well be the best year for games ever.

What are your highlights from the first six months? Let us know in the comments or on social media, we are keen to hear them!