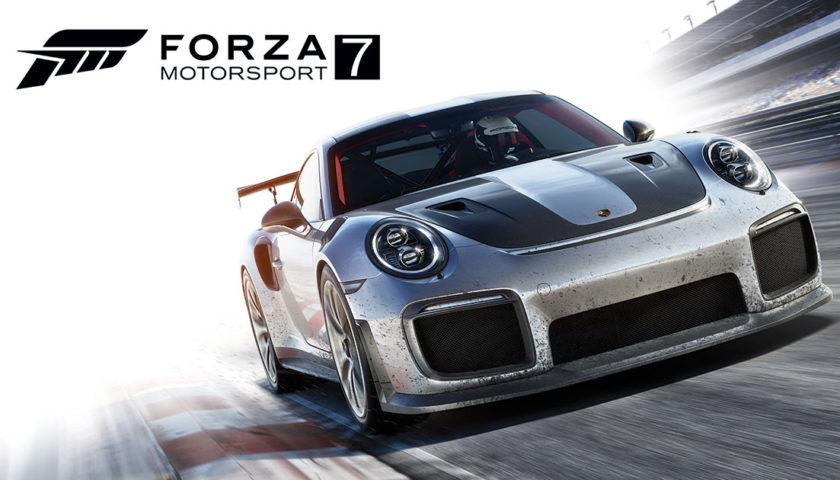 To me, there is a pretty clear line between a driving simulation and a racing simulation. There are clear similarities, obviously, but where a racing sim will focus more on the details of racing–going the extra mile to recreate the brutal nature of the purpose-built race cars, track details like specific bumps and objects, and strategic racing experience as a whole–driving games tend to focus more on the look of the cars and the locations, and the rush you get from driving them.

Forza Motorsport 7 is very much the latter. While its roster is full of purpose-built race cars, the underlying simulation of how they work feels more in line with creating an experience out of putting you in the driver’s seat of some of the greatest cars ever created. Their detail is almost unrivaled; a testament to the worship of the Automobile that has been a hallmark of Turn 10’s Forza titles since the beginning. For better and for worse, it’s still very much a Forza Motorsport title, but it’s also the refresh the series desperately needed.

The series presentation, particularly since Forza 5, had been lacking heavily; feeling a bit too dry and minimalist for my liking. Happily, Forza 7 does away with this and, likely thanks to a big shove from the brilliant Forza Horizon series, presents itself in an entirely new way that feels fresh and captivating. The slightly aimless nature of previous Forza games is done away with thanks to the creation of the Forza Driver’s Cup. This campaign mode offers six separately tiered cups to participate in, with each new tier unlocking as you score points in the numerous championships within each cup tier. There are also Showcase races, single race events that offer both points towards your cup total as well as specific rewards for completing the set challenge. Overall it feels like a better way of laying out the progression from slower, more common cars up to the full-blown race cars over time.

Granted, if you want to jump straight into the most powerful cars, you can do that in the free play mode, letting you choose from all of the games huge selection of cars and tracks, as well as setting specific race options. Depending on the circuit you can choose to race at different times of the day, or even in the rain, though sadly rain is restricted to only a handful of tracks, which is a little disappointing. As much as you’re unlikely to experience a downpour at a circuit like Yas Marina in Abu Dhabi, it’d still be nice to have that option.

Forza 7 unlocks new cars for purchase in the campaign mode by tracking your car collection. Each car is tiered by rarity, and as you gradually increase your collection, either through winning races and scoring prizes, through prize crates–effectively loot boxes–or through purchasing them with your hard earned credits, your car collection level will go up. The next tier of cars will unlock once you’ve reached a certain collector level, which feels like a good way of gating access to the most expensive cars in the game off the bat. It’s a system that may frustrate some, but ultimately it works in separating the common cars from the ultra-rare machines that car lovers aim for. There is also something called the specialty dealer, who sells rarer versions of cars for a limited time only. These offer an increased bonus to your collectors score, but come at a higher price tag to boot.

Prize crates are Forza 7’s version of loot boxes, offering up race mods, driver gear, badges and even rare cars as a way of unlocking new gear. Prize crates are a way of scoring higher tiered cars before you technically have access to purchasing them, as well offering a way to spend in-game credits, of which it doesn’t take long to amass a pile of. As of writing, they can only be bought for in-game credits, but you can be sure that, at some point, they will be a part of some system of microtransactions. How pervasive they’ll be is yet to be seen, but frankly spending money of prize crates isn’t something I have a problem with. Where it will become problematic is if the in-game economy leans heavily on them at every opportunity. Provided they remain relatively in the background, then I see no cause for complaint.

Driver gear is another small but nice touch. You can–finally–choose between a male or female driver model, and deck them out in different race suits and helmets that are offered out as race rewards and in prize crates. Mods return from previous games, allowing you to modify the rewards given for your next race by applying different mod cards to it. Some will lock in changes to assists, demanding you complete an entire race from the cockpit view or without the driving line, while others could simply ask you to take a number of turns perfectly in order to get their bonus.

Turn 10’s new approach to Forza Motorsport 7’s presentation is what the series needed to differentiate it from prior games, giving it a much fresher feel and look overall. Speaking of looks, did I mention it looks absolutely phenomenal? I didn’t? Well, it looks absolutely phenomenal, both on the Xbox One and PC. The PC version sadly lacks better support for triple screen sim racers like myself, with some considerable warping on the side monitors, but besides that, it’s hard to complain about how this thing looks. The cars are super detailed and crisp and the tracks are both vibrant and, with the added inclusion of dynamic weather, stunningly pretty to look at. Reflections off the puddles in the road and the streams that form across the track look superb, as does the day/night transitions in some races. I can’t wait to see what this looks like on the Xbox One X in full 4K resolution.

For all of Forza 7’s improvements over its predecessors, there remain some inherent issues as well, and irritatingly they all present themselves out on the track. The biggest of which is the tyre model, which remains laughably committed to putting you in the wall the very moment you push it a little too hard. It’s long been established that rubber tyres don’t simply lose all grip, even when over the limit. Playing with a controller it’s far easier to alleviate this problem through the use of assists. But on a PC with a racing wheel and pedals, all assist off, once the car gets into a slide you may as well smash that rewind button, because the chances of you saving it are almost zero.

It’s felt most during weight transfer, especially under braking. Generally, the idea when racing is to brake as hard as you can get away with in a straight line, then start to ease off the brake as you head towards the apex; this is trail braking. Attempt that in Forza 7 and your car will be spinning before you hit the apex. The loss of grip is so instant that it makes racing without assists more like an ice dance; I simply had no confidence in any car to push like I would in other racing sims.

Another problem that remains from the old days is how it deals with the super fast, high downforce cars. They just don’t feel good to drive in the slightest. Race cars are meant to be stiff and grippy, yet many of the Le Mans prototypes and open-wheel racers, like the 2017 Renault F1 car, feel like they’re running the suspension from a Range Rover. In terms of feel, the road cars feel the most catered for here, and this comes back to what I was saying at the top about Forza 7 feeling less like a racing simulation and more like a driving sim. This is a game about enjoying the cars you dreamed of as a kid. Not about becoming the best racing driver around or even scoring super fast lap times, despite explicitly being able to do all of these things in Forza 7.

But in saying all that, it’s hard not to be impressed by what Turn 10 have put forward with Forza 7. It is the best Forza Motorsport game they’ve put out, for sure. It both looks and sounds incredible, and despite the underlying problems I have with its tyre model, it’s still very enjoyable to play. There is an appreciation for the cars here that other games don’t offer, and in that reverence is something that’s easy to appreciate.