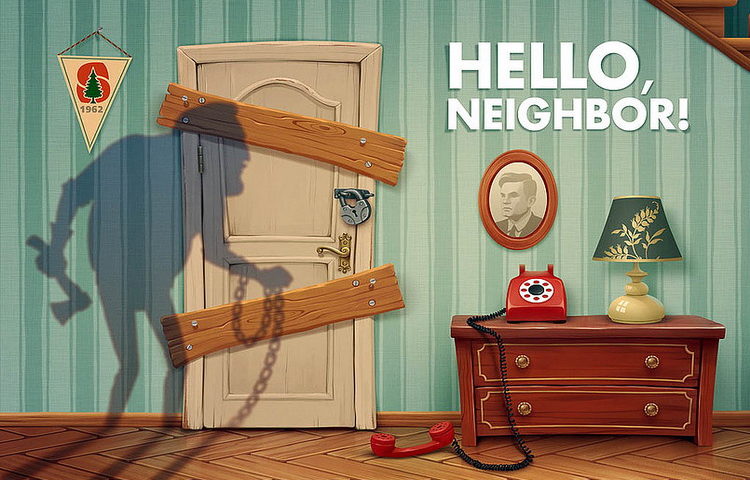 A practice round of cards down the back of a tavern by the hearth ; going bumper-to-bumper with a virtual sparring partner on the rocket-fuelled pitch of the future ; setting a Zerg Rush against an unsuspecting bot following its pre-programmed build order to a T: since time immemorial, video game AI has served as both tutor and challenger. Yet it’s only recently – some 21 years since IBM’s Deep Blue AI first bested then Chess World Champion Garry Kasparov at his own game – that developers have found the gumption to turn their creations against the very players they have, for so long, existed to teach.

Take that 1996 Chess World Championship. Deep Blue would, in due course, go on to lose by a score of 4-2. In the face of such bittersweet defeat, it isn’t difficult to imagine this as some flashpoint for a tale of AI revenge. A three-drafts-outdated Skynet origin story, if you will. In 2015, Matthew Lai’s ‘Giraffe’ would pen the next chapter, discarding the brute force methodology of Deep Blue for a hysteria-inducing neural network that would teach itself Chess in a mere 72 hours. Checkers, Go, and Poker would soon crumble in its wake before just this year Deep Mind and developer Blizzard Entertainment turned the AI’s sights on one day bringing down possibly the developer’s greatest creation: their beloved, APM fuelled Starcraft prodigies.

With that chapter in AI’s inevitable advance yet to be written, 2017 will instead close out not with self-driving cars or job-stealing robotics but, rather, with developer Dynamic Pixels unleashing their very own AI creation into the world. On first glance he appears to be nothing more than a man doomed to protect his property from home invaders but looks, as they say, can be deceiving. He is a Dr Seuss fever dream of a man, his two sizes too big head balancing precariously on orange pin-stripe legs two sizes too small. He is also Ridley Scott’s Alien, domesticated. He is Macaulay Culkin’s Kevin McCallister, all grown up. He is Left 4 Dead’s AI director having knocked off work for the day, jumped in his car, and driven back to his labyrinthine home. He is, finally, as I sit in a virtual cupboard on the PAX show floor, ears straining over the hustle and bustle of the crowd, the most horrifying AI nemesis I’ve faced in a game since Creative Assembly shoved me in a locker with a Xenomorph. He is Hello Neighbour’s titular AI-driven Neighbour, and though appearances may deceive, he is utterly terrifying.

The budding adversary of Dynamic Pixels’ emergent stealth sandbox and Creative Assembly’s Xenomorph share more than a passing similarity. Sure, one is an ancient being from beyond the stars, the other a middle-aged man all square-jawed and mustachioed, but both of them are at the forefront of a kind of video game AI rarely seen: one that watches, listens and learns as it goes. Common sense would tell you to leave this man alone if it weren’t for the horrifying sounds emanating from his basement, and so Hello Neighbour casts you both as brave rescuer and vagrant home invader in what is best summarised as ‘Housebreaker: A Home Alone Story’.

To get down to that basement? You must first go up, which is a task easier said than done. This is, as you’ll find, no ordinary house. Far from it, in fact. An escape room you must first break into; an Alice in Wonderland reject; a Russian nesting doll of ideas: the Neighbour’s home is an Escher puzzle of a building as intoxicating to behold as the emergent possibilities it promises. It’s a freeform stealth tragic’s playground, it’s a player choice sandbox and, more troubling still, it’s the titular Neighbour’s own backyard, and he knows it better than you likely ever will.

You won’t find any patrolling guards or elaborate costumes here ala Hitman (besides the Neighbour, that is), though the opportunity for odd item combinations (spiked drink, anyone?) are alive and well within these walls. There are no superpowers like Blink to save you from a close call, either, as there might be in Dishonored’s Dunwall, though the magic of sneaking around unseen is as intoxicating as ever. Hello Neighbour’s titular Neighbour and his perplexing abode make for emergent stealth done the good ol’ fashioned way, reminiscent of PC games of yore where the only magic at your disposal were the barrels you’d hide behind, boxes you’d stack like stairs, and pots full of god knows what you’d toss in the hopes of breaking a window or causing a distraction.

Take a tentative step or three up to his front window, for example, and you’ll find him pacing the halls. Escalate the affair by breaking into his second story security room, awash with glowing monitors, and eavesdrop as he takes a swig from a fresh carton of milk. Look up from rummaging through his belongings for a much-needed key, peek through his own living room windows, and you’ll find him taking a breather on his front porch. As time and failed attempts pass by, the once pristine home of said Neighbour becomes an increasingly messy canvas, bearing the scars of repeated failures and almost-successes. There’s the apple you tossed through a window. There’s the alarm clock you used as a distraction. There’s the set of box stairs that crumbled under the weight of stealthy expectations. Hello Neighbour is constantly reminding you of what’s come before, imploring you to learn from past mistakes, but more than that reminding you that the Neighbour is learning, too.

Whether the AI’s studying of your past failures extends much farther than barricading a door or setting a trap remains to be seen – there’s more to the inner workings of this clockwork horror than can be gleaned in passing – but for now he’s a worthy, if at times overly active opponent in a game that at any given time can be a break and enter simulator, a point and click adventure, and a horror game three.  It’s the mix of these components that will likely undergo further tweaking and testing before release: overly aggressive, and the AI limits the experimentation it encourages. Too relaxed? And the house soon becomes an overly obscure game of ‘I wouldn’t have thought to try that’ pixel hunting synonymous with point-and-click adventure games.

For now, there’s a horrifying promise (or should that be premises?) here. On the one hand, Dynamic Pixels is tasking players with the job of breaking into their Neighbour’s home, just as their game attempts to break into the halls of videogaming’s great emergent stealth sandboxes where the likes of Deus Ex, Dishonored, and Prey whittle the hours away.  How successful they are at that attempt remains to be seen, but for now, they’ve built a rickety, fascinating, multi-coloured tower of boxes up to a barely-open window that is, as of this Beta, just a few boxes away from reaching greatness.

Jamie’s love of the Souls series is only bettered by his ability to refer to himself in the third person. When not found wasting away the hours on Twitter, you’ll find him vanquishing beasts in Lordran or watching a sunrise on the shores of Chernarus. The Dread Pirate Roberts of videogame journalists.