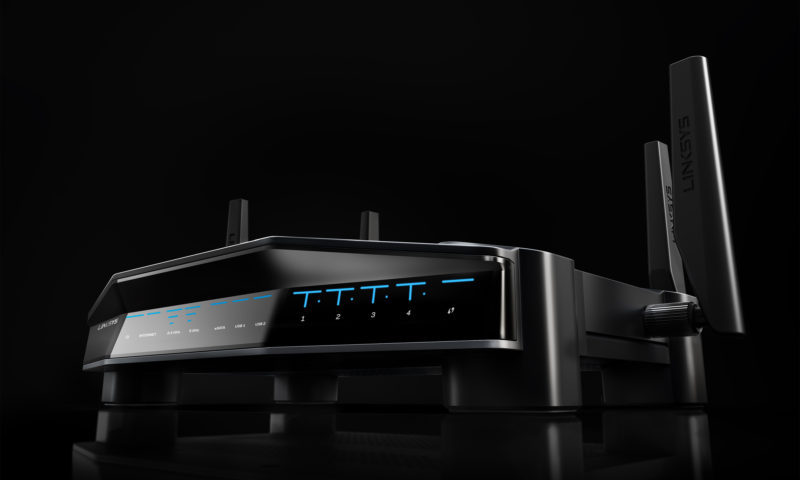 A router is usually the last thing on a gamer’s mind when setting up their gaming rig. Graphics cards, processors and ram are always the priority. But the effect a good router can have on gaming is profound, especially in this increasingly connected space. Matches of Counter-Strike, Overwatch and Quake have been won and lost because of the router used by the player and it is with that in mind Linksys created the WRT 32x Gaming Router.

While I was at PAX I had a chance to chat with Vince La Duca, global product manager at Linksys and brain behind the WRT 32x. It was clear that this man had a passion for this product. He spoke in excited tones, explaining the differences between his router and the other options available. As a writer, I have done quite a few interviews with people over the years and I like to think I can separate the people that actually care about the product they are talking about and those that are just going through the PR routine. Vince was certainly in the former group, showing me a huge amount of passion for a product that he has clearly sunk a lot of time into.

The key thing for this router is the way it prioritises network traffic. Games are number one on the pecking order and all other network traffic gets shunted to where it belongs, second place. This is achieved through some smart firmware and linking in with what is called the Killer Prioritization Engine, which is used in high-end premade PC’s built by brands such as Alienware and Razer. Linksys has leveraged this technology to ensure that gaming traffic is the router’s focus and everything else gets shunted aside when the games are fired up.

The priority system can also be tweaked with a very easy to use GUI that goes a long way to taking the fear factor out of networking. Most routers are a scary thing to navigate but the team behind the WRT have taken every effort to allay that fear. Simple menus, easy port forwarding, and a logical setup make this one of most well-designed router GUI’s I have seen. The GUI can also be used to prioritise console traffic, so console gamers will get a big boost out of the router as well.

In all this is a great option for the serious gamer out there. It handles gaming really well, something that I had never even considered in my home setup. I haven’t gone into too much technical detail here but if you look below you can see the full list of tech specs for the techies out there. Trust me when I say I never thought I would be impressed by something like a router. I always just thought of them as “another part” of the network. I was wrong.