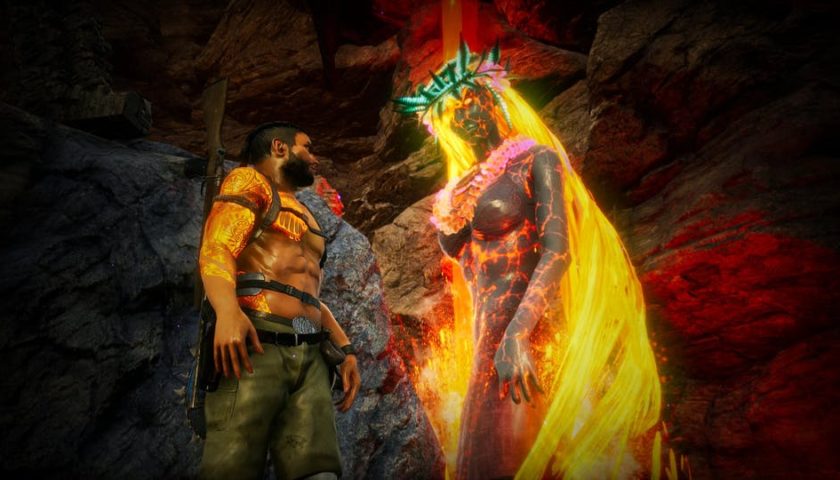 With crowdfunding becoming such a popular way for games developers to raise capital, it is getting harder and harder to spot the projects that deserve a bit of extra attention. That is where Crowdspotting comes in. The Player 2 team has searched high and low for the most promising crowdfunding campaigns they can find and are letting you know all about them. Welcome to Crowdspotting.

Nightmarchers looks to be a very ambitious title for a small team, but one that is sure to turn heads if they can pull it off. Set in a Post-apocalypse Hawaii, it will tell a tale that mixes future tech with ancient Hawaiian gods. Here is the elevator pitch straight from the campaign page:

“A cataclysmic event known as the great thunder has destroyed much of Oahu. From this event, the old god Kamapua’a has returned and formed his raider army and taken control of what remains. Splintered factions struggle for survival, spirits openly wander the land. It falls to you to restore order from the anarchy that exists today. Lead the survivors to retake the island from the pig god. The choices you make will forever change the world in Nightmarchers.”

Sounds like pretty standard stuff but I am thoroughly intrigued by the Hawaiian setting and the art style presented. It is something fresh and quite impressive. The whole game is giving me a feeling of Far Cry crossed with Horizon: Zero Dawn and that sounds like a good recipe to me.  There is 3rd person ranged and melee combat, tech trees, an open world to explore and what appears to be a very cool weapon system to tinker with. All in all, it looks more like a Triple-A title than something from a small indie crew.

That ambition may be the game’s biggest downfall though because I imagine it is going to be super tough to put together on a small budget with only a tiny team, but if they can I am sure this game will put them on the map.

If it is a reward you are after there is a nice range of the standard (a copy of the game and access to the forums) to the cool ( a custom built NPC in the game) to the super cool (designing your own side quest) so there should be something to tickle your fancy there. As a side note, as this campaign is on FIG, you can also invest in the game and maybe take some profit from sales if it hits big.

In all, Nightmarchers is certainly reaching for the stars but I really hope it succeeds. I am willing to put $20 to help that happen, perhaps you should too.