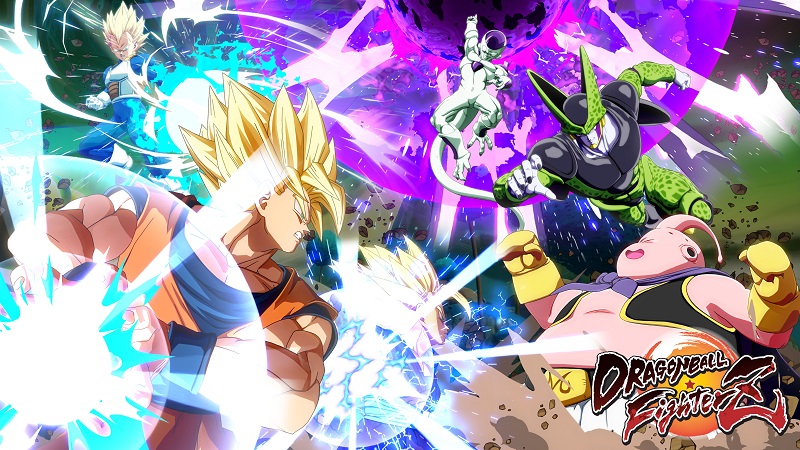 For many of us, Dragon Ball Z will forever hold a special place in our hearts. Simply mentioning its name, conjures up nostalgic memories of waking up early to catch the next gripping episode before school. Sure, there has been a bunch of games based on the popular franchise over the years, but what many may not know is that before were given the Xenoverse and Budokai series, a whole slather of Dragon Ball titles were gracing consoles as far back as the original Nintendo Gameboy. Sadly many of these never got a release outside of Japan, leaving many of us with nothing but thoughts and ponderings about what a more traditional fighting game could have been. Well, wonder no more because the developers behind the amazing Guilty Gear and BlazBlue fighting games, Arc System Works, have taken up Dragon Ball name and put together Dragon Ball FighterZ!

At its very core, DBZ is an anime fighting game. For those uninitiated with the fighting game lingo, this means you should be expecting lots of air dashing, double jumps and a heavy Japanese aesthetic. If you’ve ever played a game from Arc Systems Works before, then you’ll know exactly what to expect. For anyone else, take a look at the Marvel vs. Capcom series and you’ll get a good representation of similar gameplay dynamics and systems. Matches are played out with teams of three, each character can be either tagged in to help one another recover or simply summoned for an assist to help extend a combo or open your opponent up.

The visuals in DBZ have been done so well that it’s genuinely hard to tell the game apart from the show. The animations, special moves, outfits and even the voices appear to have been lifted directly from the anime series and every character feels authentic and true to their origins. The developers have gone to great lengths to keep every detail as close to the source material as it can be in all its cel-shaded glory, which thankfully has zero impact on the games performance or gameplay.

Something else that became readily apparent was how accessible this game was. Every character has a host of universal techniques, such as vanish, dragon rush and homing dash, but they also all share the same auto-combos. Simply pressing the light or medium attack button multiple times in a row will complete a basic combo. What makes time and practice worthwhile however is if you wish to do more damage and better optimise your super meter bars, whilst one method is easy and gets you into the game, the other gives the player a reward for putting in the hard yards.

At the higher levels, you start to see the brilliance in the game design. Attack strings don’t last forever and are usually diminished after utilising both your available assists, but they won’t regenerate until those attack strings have finished, leaving you open to attack or severely limiting your combo options at the later stage. That being said, opening up your opponent early and having access to some super meter bars with assists can lead to some nasty damage. At the time of writing this, unlike the Marvel vs. Capcom series, there appears to be no touch of death combos and if you do manage to lose a character the stage is reset in a fair 50/50 scenario. Having this sort of depth in any fighting game helps create a skill gap between casual players and those who wish to take it to that next competitive level and the take-up from the FGC around the world would indicate that DBZ succeeds as a competitive fighter.

Simply put, there’s a tonne of content here.  A decent single-player campaign, training modes, character trials, extra-battles combined with a decent roster that has all your favourites. Throw in an amazing net code and it seems that DBZ has literally ticked all the boxes to deliver the perfect fighting game … almost. Just when you think everything was looking like fried gold, you fall into the confusing abyss that is the games lobby and menu systems. No doubt designed by some alien hybrid not of this planet, simply trying to make a lobby where I can have a private match with your friends can be a lesson in frustration bewilderment. The game essentially drops you in a mini-world where you can walk your avatar around to various parts of the map to access what areas of the game you want. There is a warping feature to make this faster, but the entire thing feels unnecessary and could easily be replaced with a half decent menu system.

Clunky menu/lobby systems aside, DBZ is a game that does everything right. The gameplay is fast, crazy and furious and for many is standing out as the pseudo successor to Marvel vs. Capcom 3, a void left when Marvel vs. Capcom Infinite didn’t live up to expectations and promptly died a fast death. As with most competitive games, it’s yet to be seen if it has legs to go the distance. But initial impressions are all indicating that this one is knocking it out of the park with all the right crowds and we expect to see a lot of this game in the pro gaming circuits this year. DBZ is an extremely polished fighter that is easy to recommend to any level of gamer, go pick yourself a copy up today!