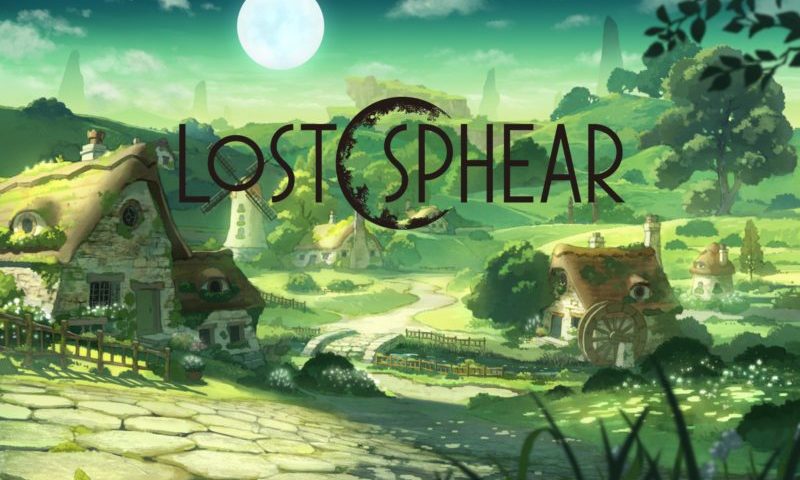 Despite their occasionally questionable naming sense (and in the case of Lost Sphear, their spelling), Square Enix has been a giant of the Japanese Role Playing Game (JRPG) genre since the early days of gaming. Back in 2014, they created a new development studio called Tokyo RPG Factory which was dedicated to emulating the glory days of their games from the 1990’s. From this studio comes Lost Sphear, a title that explores the connections between memory, our consciousness, and our surroundings. From the soft piano music over the opening titles to the familiar pinging sounds of the menu cursor, Lost Sphear is unmistakeably and unashamedly inspired by old-school JRPGs. Aimed directly at gamers pining for days gone by; everything from the character models to the ‘Active Time Battle’ (ATB) combat system would not look out of place in a HD remaster of Chrono Trigger or Final Fantasy VII. But it takes more than just nostalgia to make a good game and while the developers have tried to keep things fresh with new and interesting game mechanics they have instead overcomplicated the game with conflicting ideas.

Lost Sphear tells the story of a world slowly disappearing into a creeping white mist that is gradually swallowing the land and its people. We start the game with Kanata, Locke, and Lumina in their village of Eos, the three childhood friends are the only people who can defend their village from the monsters that populate the land. After their home becomes ‘lost’, we discover that their leader Kanata has the unique power to save items from the mist. Lost Spear is set in a reasonably large open world map, but only allows you to access areas and dungeons as they are required to further the plot. Monsters don’t appear on the world map so for better or worse, this virtually rules out grinding as monster encounters are firmly linked to the plot progression. In all progression is nothing groundbreaking, but the plot is interesting enough and explores some interesting ideas around memory, our connection to our world, and acceptable use of force.

The characters really hit the trifecta of JRPG tropes. Orphans, with good hearts, and a mysterious unique power needed to save the world. Unfortunately, they are never developed beyond these simple base traits. In fact, despite sending hours with the game we struggle to describe any of them beyond basic character classes and occupations. This problem is compounded by the text-heavy story scenes full of bland dialogue. In the tradition of 90’s JRPGs, these scenes are not voice acted and reading through text box after text box gets old pretty quickly when the writing misses the mark as it does here. Somewhat strangely there is voice acting in the game however it is restricted to combat which is an interesting choice. It certainly makes combat more enjoyable and is probably a great deal cheaper than the alternative but it also serves to remind us what we are missing out on in the rest of the game.

What quickly became apparent as we played our way through Lost Sphear was the effort and ingenuity Tokyo RPG Studio has put into the combat mechanics. At first, it just seems like your average ATB based combat system. Each character and enemy has an ATB Gauge, a counter that ticks down until it is your turn to attack. To make things more interesting you position your character around the field as part of your turn and different attacks have different ranges and areas of effect. For example, a ranged character can hit all enemies in a straight line. We really liked this combination of base mechanics as they make you feel more involved in the combat even if you are only using the same basic attacks each time. Once you have your head around these basic concepts they like to throw in some new mechanics. There are metered attacks, special skills and metered attacks for those special skills as well. Then you unlock mech suits you can toggle on and off with their own skills and attacks. Then to add to these in combat mechanics even further there is a system of building on the world map to add modifiers. If it all sounds a bit complicated and confusing, that’s because it is. Individually they are all solid interesting mechanics that make combat extremely customisable but for the most part we found we didn’t use a lot of the options. On normal difficulty, we rarely needed to use more than the basic attack to easily win the fight and we certainly never needed to grind levels.

On all technical fronts, Lost Sphear is a solid polished title. The character sprites look good, the plot makes sense, and the music is beautiful and atmospheric. But when you dig below the surface its messy game mechanics and uninteresting characters fail to live up to expectations. Despite the issues, it’s not a terrible game, but it is missing the charm that made the classic games it is trying to emulate so great.