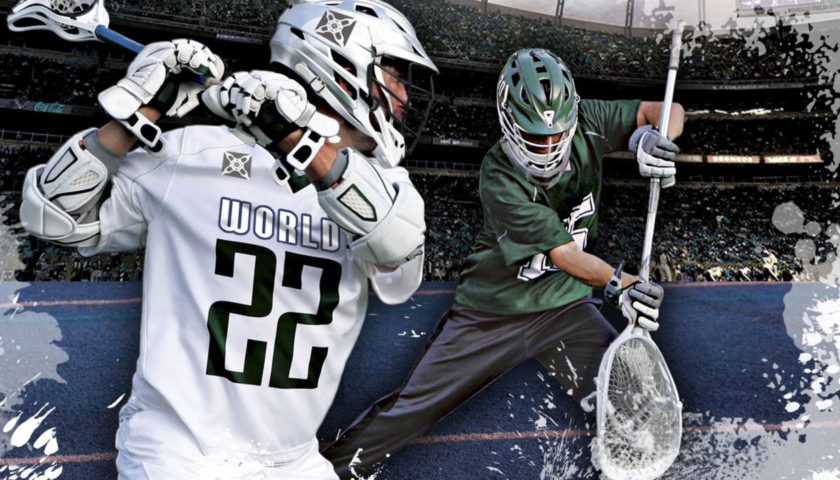 In the context of an Australian release, a lacrosse videogame is the very definition of a niche title. Developed by Big Ant who is better known locally for their cricket and rugby league titles, Casey Powell Lacrosse 18 is the studio’s second attempt at tackling a sport most Aussies would only be familiar with because of a few scenes from the first American Pie film.

After booting up Casey Powell Lacrosse 18, I did what I always do when feeling a bit out of my depth with a particular title – I looked for a training mode to kick things off and get me comfortable with the controls. While these were displayed during loading screens and in the options menu, there was nary a tutorial proper in sight, an omission which left me struggling for my first few matches. Spending some time in the Practice Mode helped, but it is largely limited to developing an offensive game and doesn’t provide scenarios to work on defense, which is something I continued to struggle with as I delved deeper into the Career Mode. Even with more hours under my belt, I still lacked a good grasp of potential plays that could be executed. Worse still, many of the defensive moves are contextual and require careful positioning of the player character to execute, forcing me to spend time in Quick Matches practising these skills to improve. An additional defensive focused mode would be a welcome addition to any future entries barring a dedicated set of tutorials designed for newcomers like myself; as it is, CPL18 does not suffer outsiders and will require a measure of effort on the part of the player to enjoy what it has to offer.

When it comes to game modes, CPL18 offers what I would consider the standard in sports titles these days – a barebones Career Mode which can be played as either a player or coach, Quick Match and Multiplayer. I say barebones because it lacks the sophistication players may have come to expect from other sports titles – that said, EA – a large studio with the budget and licensing to go with it – were guilty of similar issues in UFC 18. Speaking of licensing, presumably to keep the production budget at a realistic amount, CPL18 has no licensed teams, stadiums or music along with limited commentary during matches. Personally, I didn’t find any of these omissions affecting my enjoyment of the game but fans of lacrosse will be relieved to know that, much like Pro Evo Soccer, a robust character creator and a dedicated community have combined to allow custom roster updates bringing teams and character models closer to the real deal.

CPL18 is obviously a title that Big Ant can build upon year over year if it sells well enough to bother with such an investment. I’m hoping that in the future, it can begin to set itself apart in such a way that would attract a wider audience. While I’m no doubt revealing a large amount of ignorance regarding the technical requirements of such a feat, I did have one feature I’d love to see offered; a 3rdperson Over the Shoulder camera angle for the Career Mode. It might sound ridiculous, but I can’t shake the idea that this could be a viable and fairly unique and immersive way to play this game, as well as something that would further set it apart from other titles in the sports genre.

Casey Powell Lacrosse 18 is a serviceable title working with a limited budget for a niche audience. While I could call it out for many faults compared to competitors working with much larger budgets and licenses, it’s hard to get very worked up about it given I’m not the target audience. That said, for lacrosse fans both here in Australia and overseas, it really is a choice between this and, well… nothing. Unless 2K or EA make a move on the sport, Casey Powell Lacrosse 18is the best lacrosse videogame on the market – at least until the next entry.