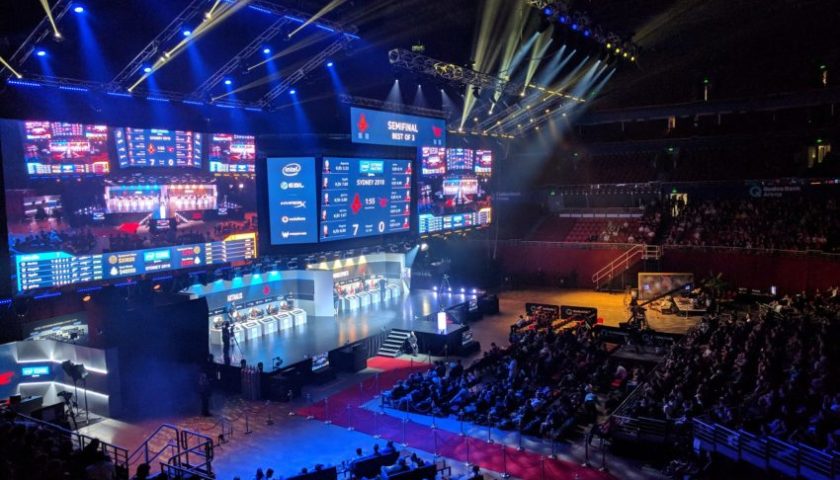 Last weekend Sydney played host to the Intel Extreme Masters (IEM) ESL Sydney 2018 CS:GO tournament for its second year in a row. With a total prize pool of $250,000, the tournament attracted some of the very best teams from around the world to play in front of hundreds of fans cheering from the stands (if you consider a loud “woooo!” to be cheering that is). The level of competition was high and full of intensity with each player pulling off their own clutch victories throughout the event. Player2 was on site for the whole weekend and here’s our report.

For those paying attention, you’ve probably noticed the rise in Women’s CS:GO esports lately. What’s great to see is not only the increase in these events but the rise skill level as well, all in a relatively short amount of time. The finals saw Controle_sports square off against SydneySaints in a best of three.

Controle_sports were playing well all tournament, but it seems they didn’t have an answer for SydneySaints’ team cohesion and stand out plays, such as the following from RaizySC2 picking off four opponents during an eco-round pistol rush from Controle_sports:

Controle_sports ended up going down 0-2 to SydneySaints who looked strong during the entire tournament and never missed a beat. The bar has definitely been lifted and we all look forward to what’s more to come from both these stellar teams!

Now, onto the main event! After dispatching of Team TyLoo in the semi-finals 2:1, FaZe were looking a little shaky and were clearly the underdogs going into the Grand Finals. Team Astralis, on the other hand, were proving why they’re considered the best in the world. Despite also going 2:1 in their semi-finals match, their map victories were complete and utter destruction for their opponents, Mouseports. The stage was set, battle lines drawn and the crowd could barely keep their shoes on, here’s how it played out:

Despite Astralis coming out strong and aggressive, it was FaZe Clan who looked like a completely different animal as they took the early lead, putting Astralis on the back foot. However, Astralis kept things close with magical plays like this from Magisk:

It became clear that this was either team’s map to win. But with the help of Guardian pulling off shots that were literally impossible to track on screen, it was FaZe who held their nerve and took the map 17-19 in overtime, giving them the well-earned lead in the Grand Finals!

Coming into game two, it was interesting to see how Astralis would attempt to shut down Guardian’s incredible Godlike aiming with his trusty AWP. With clever utility use of their grenades, Guardians score at halftime reflected this but it was still FaZe who looked in control.

Yet again it was Magisk who started making stand out plays like the following that brought Astralis back into the game:

Not to be outdone though, FaZe kept the scores close by pulling off incredible fake outs like this from Rain:

Both teams were giving as much as they got and it kept incredibly close going into a double overtime! In the end though, it was FaZe Clan yet again that clutched out another win taking a series lead of 2-0.

To be frank, no one expected that going into game three that it would be FaZe that would be the dominant team, even the commentators noted this, the looked like a completely different team!

Astralis, perhaps looking to make a statement, came screaming into the third map taking the first 10 rounds unanswered! And with Gla1ve making plays like the following, it’s easy to see how:

Easily a CT favoured map (Train) it was ingenuity like this from Xizt sneaking through the smoke that brought FaZe right back into contention:

For every problem Astralis through their opponent’s way, FaZe just seemed to have an answer for them. The team that no one gave a chance of winning took the map 16-14 and secured the $100,000 first place prize 3-0 at IEM Sydney 2018! Here are the final moments:

When you become the #IEM Sydney CHAMPIONS! ? https://t.co/AXhrr2Zgev

For the second year in a row, IEM ESL Sydney delivered on every level. The entire show was entertaining from start to finish and truly showed how far esports has come in the last few years, specifically in Australia. If you missed out on attending or checking out the matches, don’t worry they’re all up on their Twitch page and you can view them all here:

Watch the latest videos by ESL_CSGO on Twitch!

There’s no question on whether or not esports has a place in the world, it does, the proof is all around us. Like all of you, Player2 is very much looking forward to what the rest of 2018 brings us and hope that we see IEM ESL Sydney in 2019! Let’s go!

Check out the final moments of the big tourney below!