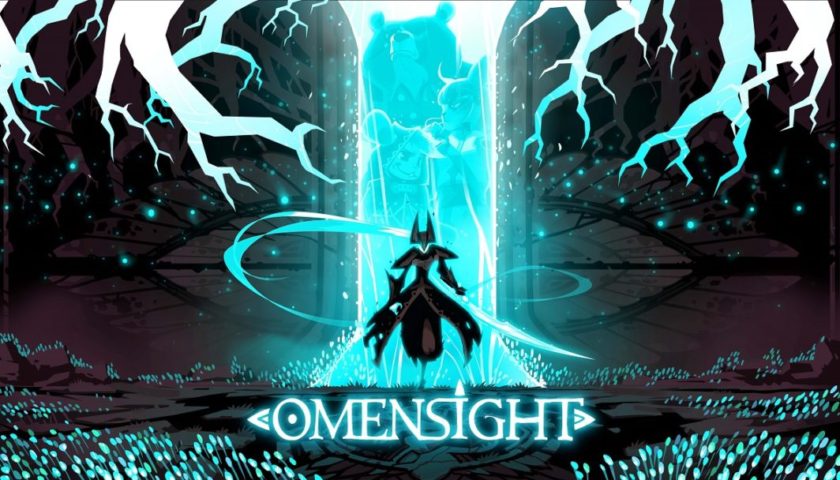 A little while back a small indie title called Stories: The Path of Destinies came along and rocked my world. I was blown away by the time-bending story that was unique in not only its approach but its outcome. This story was wrapped in a great little action RPG that had me hooked from my first hour of play. Now the team behind that title, Spearhead Games, is back and once again that is doing something wonderful with storytelling. It is time to save the world from destruction in Omensight.

The core concept of Omensight is this, you play as the Harbinger, a mythical figure that appears when the world is about to end. The Harbinger’s goal is to prevent that end. Doing that isn’t easy though when you arrive on the world’s final day. 24 hours later and the world ends. But here is the twist, at the end of the day you can start the day all over again, your actions erased but the knowledge you gained intact. To learn about the impending end of the world and what can be done about it you need to follow four key figures in the kingdom, spending one day at a time with them, both learning what they know and imparting what you have discovered until you have the knowledge to defeat the cause of the world’s impending doom.

Confused yet? Well, I guess the closest thing I can think of to this game is the movie Source Code, if you have seen that you will have a good idea what to expect. But the thing is, as confusing as it is to explain, it is never confusing in-game. It took me 17 in-game days to finish the game, as each repeated day passed the story shifted and the characters changed but despite that, I never felt lost or perplexed as to what was going on. I can only imagine the flowchart covered offices of Spearhead Games, madly trying to keep track of all the threads and possibilities the game presents. The fact they have done that with such finesse is a testament to their skills as storytellers.

The characters in the game are also wonderful and while the main character, the Harbinger, is silent the rest of the cast more than make up for that. There is the pompous, yet noble Empower, the likeable yet sneaky resistance leader, the honour-bound general and the drunk but powerful warrior. Oh did I mention the fact they are all animals? The world is full of “animal people” just like Stories. In fact, the game even mentions that Omensight takes place in the same universe as Stories. The amazing thing about the main characters is that as the game progressed and the story unwound, each of them spent time as an antagonist. The fact that this never feels out of place or clunky is further proof that Spearhead has got this storytelling business down pat, especially as each of these story beats play out in an (in-game) 24 hour period. The only slight issue I have is that sometimes the voice acting feels a little hammy, a bit too forced. But otherwise, these are well fleshed out stars of an engaging and interactive story.

The gameplay will feel familiar to those that played Stories, with the Action/Light RPG structure once again coming back. There is a linear skills upgrade tree as well as an optional boosts upgrade path that I could tackle in any order I wished. Each of the skills gained added things to the Arkham-esque combat. I unlocked things like fireballs, dashes and the ability to slow time and when I mixed them all together and got a handle on how they all worked combat became a pure joy. Mixing skills, dodging and parrying attacks and zipping between enemies was a joy that made grin for the entirety of the game. Perhaps the only problem with the combat is that sometimes, when there are many enemies on screen, things can become confusing and it is hard to keep track of what is happening. That is a small niggle in the scheme of things though because it never dulled my enjoyment for the swordplay on offer.

The art style present gives off a wonderful dark fairy tale vibe, which sits well with the fact that the main characters are actually animals. There are only 5 or so main areas that I explored during the game, but each time I played through them they had changed and I had to approach them in a different way. The story talks about the world destroying power getting stronger each time I started the day again and that was evident in the levels and how the evolved over the length of the game. It all suits the adventure wonderfully and as it is hardly A realistic looking title it should run on just about any computer system that you are likely to be using.

What Spearhead has created is a piece of Storytelling art. The way the story weaves in and out through the main characters needs to be seen to be believed and this tale is backed up by rock-solid gameplay for the entirety of the game. Omensight takes about 6 hours to complete and while I probably won’t go back and play it again anytime soon I enjoyed every second of the game. Some very minor niggles exist with the voice acting and some on-screen confusion but in the grand scheme of things, they barely rate a mention. Omensight, in my mind, is a clear contender for the best indie title of 2018 and shouldn’t be missed by anyone.