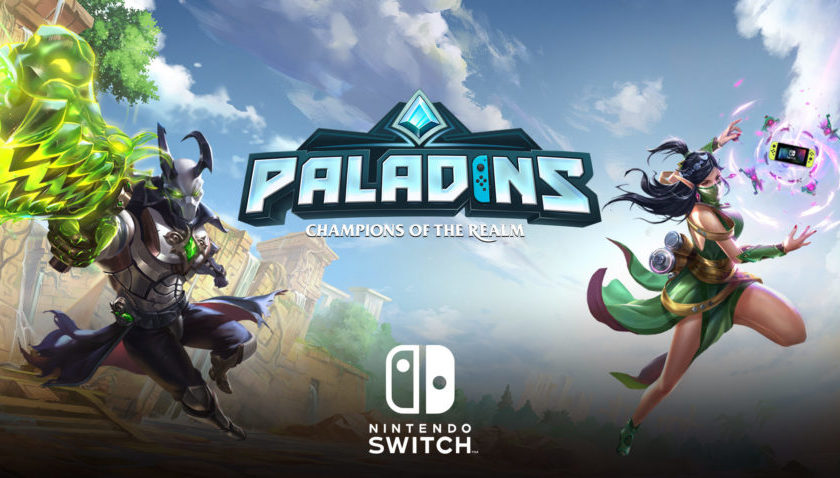 Occasionally here at Player2.net.au, we will play something that deserves your attention but probably doesn’t need a full review written for it. Be it DLC for the latest AAA title, a little indie game or even an Android/iOS title. We play these titles for a blockbusting amount of time and report back to you, the reader on what we found. So grab your popcorn and settle in for the latest episode of Blockbuster Gaming.

At first, I found Paladins confusing. During my first game, I couldn’t tell bots from other people and I struggled with opponents’ high health points. This is not twitch-and-kill action like CoD, you need to land a decent sequence of shots to wipe out an enemy. Each match is 5 versus 5, and the game smoothly populates teams with bots if there’s no one online (I found that changing my region to the US helped increase player proportions immensely). Basic deathmatch is fun enough, but I found real excitement in the siege game mode, where you must capture points and then escort a payload to a location to gain bonus points.

Classes play a large part in Paladins and there are a heap of characters, all with their own special moves. It takes a long time to level up characters and, being a mostly free-to-play game (you can purchase the Founders Pack on Switch, which comes with all the champions), it can become slightly bothersome to play for hours and never see a decent reward. However, you can earn coins through matches and these can be used to pay for characters to level up. There’s another currency tier where you have to use real money. This unlocks chests full of character and weapon skins that have no impact on the game apart from aesthetics. There’s definitely no pay-to-win shenanigans going on. If you’re happy to not pay anything, you can quietly work up the ranks and unlock new character skills that way, it just takes a lot longer.

I quickly attached myself to a turtle character named Makoa, whom I thought of as Donatello. Donny has a cool shell move that bowls through enemies, dealing damage as well as getting you out of a bind quickly. He also sports a cool arm cannon which, combined with the game’s generous auto-aim, packs a mean punch. Add to this his shell-shield and an anchor move reminiscent of Scorpion’s “Get over here!” spear thrust, and I never felt like moving too far from Donny when it came to character selection.

Perhaps the best thing about Paladins is that each character can use a customisable load-out of cards, which are basically passive perks and bonuses. You have to have five cards and then you need 15 points loaded on those cards, so you can add weight to certain perks while keeping others just at base value. I’m still not quite sure how you earn more cards yet. I think you get them by levelling up, but the game is a little obscure when it comes to what you’ve actually unlocked. I didn’t find the micro transactions in-your-face at all, but a separate “free players” menu or something would be nice, just so I can see where I’m headed and whether it might actually be worth sinking a few real dollars into unlocking a few card packs for Donny.

All up, though, I’ve really enjoyed the high frame rate battles and tight maps. Loading times can be a bit long and some of the daily challenges simply do not take into account players with limited time on their hands, but the fact that you can jump into a challenging match even if not many people are playing online makes Paladins well worth investigating. I enjoyed it in handheld mode, with only a few moments of tiny text marring the experience. Docked mode reportedly offers a more stable frame rate and higher resolution, but this is hardly a title where you need to worry about graphical effects. It’s just fine in handheld and, quite frankly, part of what makes gaming on the Switch so exciting in the first place.