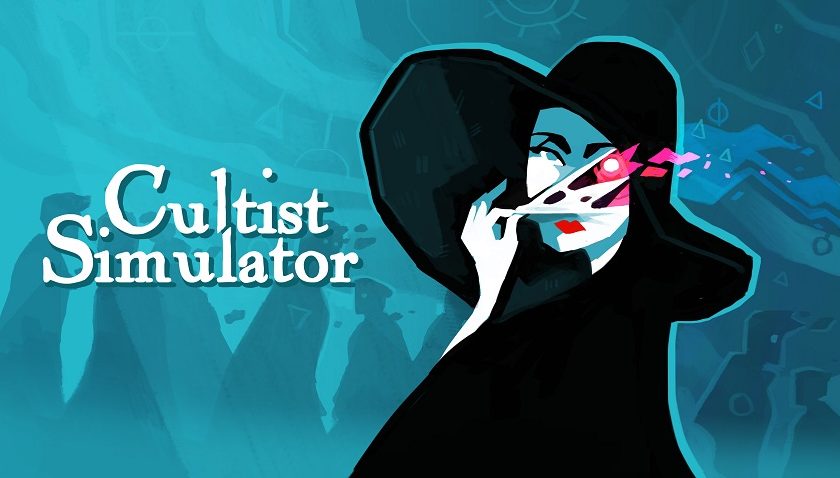 Bring Your Occult Fantasies to Life with Cultist Simulator

The following is a dramatisation of a single playthrough of PC game Cultist Simulator, followed by initial impressions of the game’s first few hours.

Joseph saw the Sun on the horizon, but instead of rising upwards, it was headed straight for him. It grew larger and larger until it engulfed the horizon in its fiery maw. Despairing, Joseph’s legs stumbled over themselves in his vain attempt to flee. Every glance over his shoulder was more intimidating than the last – the Sun grew closer and closer, setting everything ablaze in its wake. Legs cramping, Joseph collapsed, feeling his skin curdling under the heat. Staggering to his feet, Joseph turned and faced the Sun, eyes fixated on the destructive glory. Gathering momentum, the giant molten monstrosity pummelled towards the speck of a man in its way. Joseph stretched his arms outwards, embracing his fate. As if on instinct, the Sun kept rocketing ahead until everything was a blinding white light.

Gasping for air, Joseph awoke from his nightmare, clawing at his sweat-soaked blanket until he was free of the cocoon. Creaking off his stained, wafer-thin mattress, he staggered towards the pile of books on his makeshift kitchen table – a rusty old bar stool he took home from a street rubbish dump some time ago. The weathered pile of books were seemingly from another civilisation, filled with nonsensical words and symbols Joseph knew little of. He wearily bent down to pick up several scraps of paper covered in hastily drawn sketches and notes, attempting to make head or tail of the mysterious tomes.

Joseph’s stomach roared, begging to be fed, but this was no time to eat. Nor was yesterday. In fact, he had not eaten anything since his visit to the police station nearly a week ago. A grizzled detective had brought Joseph in to ask about his recent visits to a dreary hole-in-the-wall bookstore selling all manner of foreign texts. Not to mention the highly irregular package Joseph had received from a mysterious benefactor he barely knew, encouraging him to “seek transcendent power beyond this mortal plane”.

Pushing these unhelpful thoughts aside, Joseph got to work. Opening the thickest book, he turned to a bookmarked page with trembling hands covered in blotchy sores. Joseph took several deep breaths in vain. His perilously thin body ached from weeks of neglect, but he’d spent all his money on collecting tomes and magical items. Harnessing all his scarce energy into not collapsing on the floor, Joseph hovered his skeletal hand over the book and began to read aloud.

Initially, the reading was tedious like any other obscure material. But at one particular passage, his raised hand trembled, moving to the tune of unseen forces. Soon, his entire body shook, rattling his bones to the core. Joseph could stop now and walk away unscathed – but why would he do that? He knew he was so close to discovering the source of this untapped power, the power to inspire legions of followers.

Some mad sense of comprehension overwhelmed Joseph’s mind, his eyes flicking wildly from passage to passage. His body was searing with rending pain, his heart beating rapidly, but there was no stopping now. He could feel the power just within reach, motivation enough to grit his teeth and continue fighting. He had already possessed the passion, but now he held the key to take those first real dizzying steps into the murky dark of the occult.

Joseph fell into a pathetic tangle of limbs, his dizzied breath escaping his body. This time the dreams would take him where he desired; would take him to the beginning of his glorious ascension to power.

This time, he knew the Way to The Wood.

What you’ve just read is a dramatisation of one of my early playthroughs of Cultist Simulator, made by Weather Factory, a two-person team comprised of Alexis Kennedy and Lottie Bevan of Fallen London and Sunless Sea fame.

Cultist Simulator is an extremely difficult game to adequately describe; it plays like a tabletop card game, but in pausable real-time. You play the role of an individual who stumbles across some occult knowledge and decides to begin a cult and recruit followers en route to attaining your chosen form of enlightenment.

To do this, you begin with a limited number of cards and a few verbs to assign cards to. Cards initially are attributes or skills you can use, such as Health, Passion, and Reason. These can be used to generate income, for example, Health is used for manual labour, and Passion is used for creating art. Following using said cards, a timer appears, counting down to the result of your combination of cards and verbs.

Controversially, Cultist Simulator does not have a tutorial. Kennedy was the driving force behind excluding a tutorial, deliberately leaving vague in-game clues for wannabe cultists to attempt trial-and-error methods to progress.

On one hand, this is an excellent act of trust in that players will find the game compelling enough to be willing to fail in order to eventually succeed. Combining cards and creating new actions makes for a thrilling discovery, motivating you to continue on your quest for occult ascendancy. There are plenty of dangers to keep things exciting, such as attracting the attention of the police, journalists, and more sinister adversaries along the way. All the while, you need to ensure your base needs are met; not dealing with ill health will eventually lead to an early death. Plus, when dealing with arcane knowledge, one needs to be ultra-careful when dealing with powers beyond your control!

However, it is very easy to get caught in a repetitive cycle of working, sleeping and not making any progress on building your cult – just like real life! Perhaps this is intended as meta-game commentary on the mundanity of human life. In any case, it is frustrating to get caught in a rut of halted progress with no official source of information to turn to when you feel like you’ve exhausted all options.

That being said, Cultist Simulator is a fascinating concept, with an exceptionally strong presentation. Although minimalist in its “tabletop” view, once you start collecting cards and making supernatural discoveries, your screen is overtaken by many beautifully designed cards which feel like real, tangible objects to interact with. This is in part thanks to Cultist Simulator’s spooky sound design, filled with ethereal sounds and music swelling to match the mood – and the satisfying sounds of picking up and placing cards, *chef’s kiss*, brilliant!

All of this is in addition to the surprising degree of variety found within Cultist Simulator’s clutches. The above dramatisation is based on choosing to play as a lowly aspirant, starting from the perspective of a deadbeat to work your way up. After each playthrough, likely after a failed attempt, you get to choose a different backstory, adding whole new perspectives and strategies to consider, such as playing as a detective, or as a wealthy socialite. There is no single method to achieving a “win” in Cultist Simulator, so these different settings add a welcome fresh perspective when trying to figure out how you’re going to get your cultist victory. I haven’t had a successful run yet, but I’m damned if I’m not thinking about how I’m going to do it!

I highly recommend sussing out Cultist Simulator if you’re keen to play an experimental title with a strong sense of narrative and tabletop elements. Yes, the well-documented obscurity and lack of tutorial can be frustrating, but that is dwarfed by the sheer elation when solving a puzzle you’ve been mulling over for the better part of an hour.

Also, have a read of the Cultist Simulator retrospective article for a fascinating insight into how the game was made, including what went well, and what didn’t from both a development perspective and a marketing and PR perspective. Definitely worth a look for anyone interested in what goes into making a game, including the sometimes unglamourous aftermath!