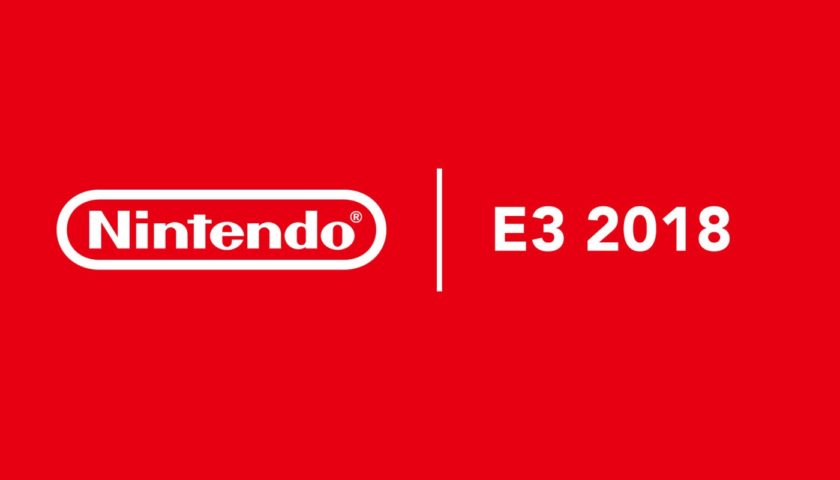 All the big announcements and trailers from the big shows, right here on Player 2. Nintendo is the final big conference, what did they have to offer?

As is tradition, Nintendo was the last publisher to show their wares during E3 and it was a rather small showing. Despite that, there was some quality on show with some cool announcements and fun surprises. Oh and Smash… a whole bunch of Smash.

First up was an action mech game called Daemon X Machina. Featuring a fully customisable mech combat suit, it features some serious metal on metal action. Looks like a great title to expand the Switch’s library in new directions and is coming in 2019

Some news for Xenoblade fans next. It is getting hefty expansion on the 14th of September. Called Torna – The Golden Country it will be set 500 years before the events of Xenoblade Chronicles 2.

The Pokemon Let’s Go titles got some time in the spotlight, with a release date for both the games and the Pokeball accessory confirmed for November 16. Not much else was revealed that we didn’t already know.

Next up was a clear indication that Nintendo wants to start a war. Super Mario Party was announced. Yes, that’s right, time to punch your best friends and family members all over again. One cool detail is that you can use two switches together in creative ways, which is interesting. Super Mario Party is coming October 5.

Following that there was the surprise that surprised no one. Fortnite on Switch. The big surprise though, it is available now. Get downloading fans and stay tuned for Switch impressions on P2 soon.

We then had a bit of an indie onslaught. We got the arcade fun of Killer Queen Black, the beauty and majesty of Aussie developed Hollow Knight and another reason to punch your friends in Overcooked 2. All look like great titles and Hollow Knight is available now. You should buy that game, it is great.

Octopath Traveller got a small trailer and a release date. The Square RPG is coming to the Switch on the 13th of July and there is a new demo hitting the estore on the 14th of June.

Then, after a small showreel of 3rd party games hitting the Switch, it was time for the star of the show. They spent a long time talking about Super Smash Brothers Ultimate, but the key takeaway is the game will feature every single character from every single smash brothers game. There will also be two new characters, Inklings from Splatoon and Ridley from Metroid. The game is being released on the 7th of December so Smash fans get excited.

So there you have it, Nintendo at E3. A couple of surprises and a whole lot of Smash. It still seems a little quiet for first-party titles at the moment, but knowing Nintendo they will fill that gap in some weird and wonderful way.