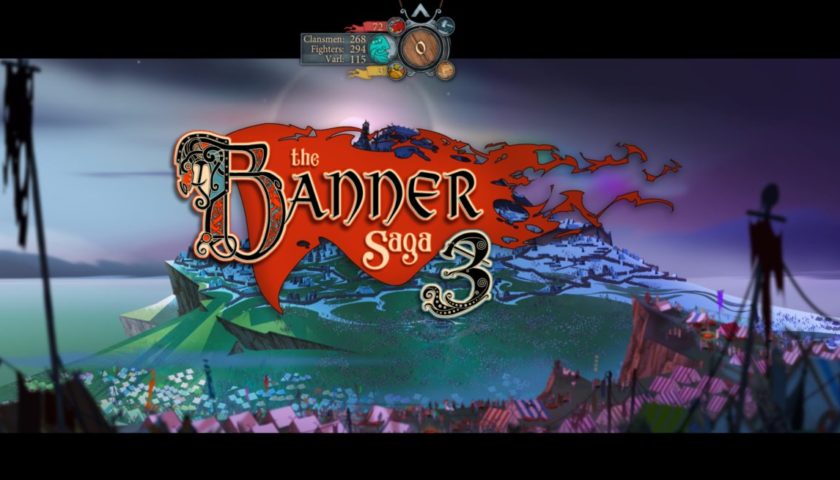 The Banner Saga 3 – A Story Told Like No Other

I have a long history with the Banner Saga. I previewed the first game from a press demo way back in 2013. Thankfully that written preview is no longer available on the internet because, at that stage, I wasn’t too impressed with what The Banner Saga had to offer. I then followed up the preview with a full review of the game and was forced to eat a large slice of humble pie, because, after a full playthrough, I got it. The demo didn’t get me in because I approached it like an Xcom imitator and measuring it against that standard left me feeling short-changed. But once I had the full game under my belt I realised that I was wrong, The Banner Saga was not a turn-based tactical game, it was a gloriously told choose-your-own-adventure novel that featured tactical elements. That was an important distinction to make because I know it shifted my perspective and allowed me to take on this epic tale in the right frame of mind.

Since that review, I have played through the first game multiple times, I have only completed the second game once, but don’t take that as a comment on its quality at all, it is more of a reflection on my lack of time than anything. Now I am sitting here, having just finished the third title, with a big grin on my face and a feeling of satisfaction that I have rarely experienced. The Banner Saga trilogy has come to an end and for the first time in (my admittedly hazy) memory, I am one hundred percent happy with how things resolved. I feel my actions carried weight for the entire series and those actions played out in a way that was not only immensely satisfying but unexpected and surprising. This is a trilogy that combines storytelling and player responsibility in a way that many big triple A releases could only dream about.

Now I am not saying there aren’t other good trilogies out there, because there are, but The Banner Saga has managed to finish the series in such a way as to make it feel 100% complete, no loose ends, no unexplained plot holes. Movies and Books can’t claim this achievement, so for an interactive story that weaves so much variance from personal choice into the game to achieve this, it is nothing short of a miracle and it shows that Stoic are storytellers of the first degree. This truly is a game where choice matters and the way the story plays out supports that. The whole series is built around this principle and thanks to the ability to transfer save files to the next game, choices from the first game have ramifications throughout the entire journey.

Now I have been raving about the storytelling, but that is not the only reason to check out The Banner Saga. The art style is beautiful. It evokes a dark fairy tale, a fantastical cartoon through Viking law. This is supported by one of the most mesmerising musical scores you can find in gaming. Haunting melodies meld into dramatic action, travelling through a range of emotions along the way. Music is used as a tool to enhance the story through both subtle and bombastic means. The music beat picks up and the deep booming drums kick in as a battle reaches a crescendo, while quiet woodwinds and sad strings accompany the more poignant story beats.

As for the gameplay, it solid. Not bad in anyway, but it doesn’t excel in any one particular area. The management components are interesting, if a little shallow and the tactical combat is satisfying, but not as deep as similarly styled games. This does lead to the one slight problem I have with the game and that is sometimes the battles just feel like they are getting in the way of the story, stopping me from finding out what happens next. This is the slightest of criticisms however and the only reason I mention it is to fulfil my reviewer obligation, the inbuilt need to find something that needs improvement. The only other minor issue is the controls can be a little fiddly on a console. The controller seems a little clunky and I had issues with my massive fingers using touchscreen controls on the Switch. This is a game that is at its best on the keyboard and mouse. That being said if consoles are your only option, there is nothing to worry about, it just takes a little more fiddling to get the right moves.

I feel like in writing this review, I am pleading with players to play the entire series, not just the third entry. I know I don’t need to convince those that played the first two games. The chances are they are too busy playing it to read this review. So that leaves me appealing to those that haven’t given the franchise a crack yet and in that case, starting from this entry would be madness of the highest order.  The Banner Saga should be looked at more in terms of a full game with three chapters as opposed to three separate games and I strongly advise new players to treat the game this way. Trust me, with storytelling this satisfying, you won’t regret investing in the entire series. The Banner Saga 3 is a dark, enthralling end to one of the best stories in gaming, a story that needs to be experienced by all.