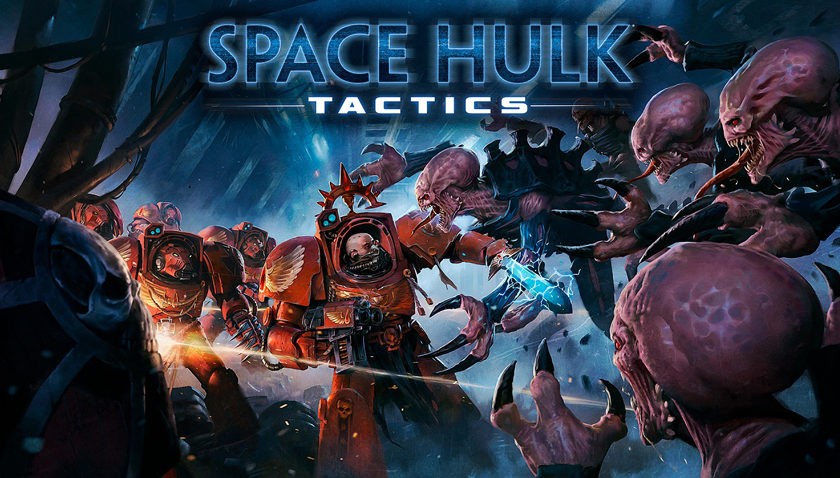 As far as digital recreations of classic board games go, Space Hulk: Tactics is up there with the best of them. One of the many Warhammer 40K releases that seem to pop up every other week, Space Hulk; Tactics isn’t trying to compete in genres dominated by developers with far more money and experience, nor is it a shallow licensed cash grab – developed by Cyanide Studios, it’s exactly what it sets out to be.

I have a fairly limited background knowledge of the Warhammer 40K universe that puts me squarely outside the target market of Space Hulk: Tactics, which seems to expect players to already be invested in the franchise and have some understanding of the Blood Angels and the Gene Stealers; two factions warring for control of a derelict Space Hulk, an enormous spaceship on a collision course with a planet. I felt that the story threw far too many proper nouns at me too quickly, using terms I didn’t fully understand or couldn’t apply significance too – but that’s fine! Like I said, Space Hulk: Tactics is targeting a very specific market and I can’t fault it for catering to its audience.

There are a number of different modes in Space Hulk: Tactics including a dual perspective Campaign Mode, online competitive play and a robust map editor allowing players to create their own missions and campaigns. Playable from either a first-person or isometric perspective, I was reminded of classic SRPG titles such as Tactics Ogre or Jeanne D’Arc which involve moving characters on a set grid to defeat enemies and accomplish objectives. However, Space Hulk: Tactics has a few cards up its sleeve, literally and figuratively. The Card System allows for further random elements to creep into play, like playing a card to get higher melee damage output or exchanging it for an extra turn of movement. Make no mistake, movement and character placement are critical in this game, especially when playing as the Blood Angels; they’re at a distinct disadvantage when it comes to melee combat and will often die from a single hit by Genestealers who are able to creep inside the walls of the Space Hulk and seem to emerge at the worst possible time for the player.

This extreme difference in playstyle means both campaigns are equally interesting from a tactical perspective, with Blood Angels relying on maintaining distance from the Genestealers, while the latter must remain hidden until the last possible moment lest they be shot down by Blood Angel weaponry. I found the first-person perspective to be visually impressive, capturing the claustrophobic feel of the tight corridors which made up the Space Hulk, but not wholly suitable to a game of this sort and preferred the isometric view overall. One issue I did have is the text size, which was rather small given how much of it is important

After the five or so hours I spent with Space Hulk: Tactics, I feel safe in saying that it’s a solid entry in a genre that seems to have wound down compared to previous generations of gaming. Between the Card System, dual Campaigns and the Map Editor, there’s a heck of a lot to do for someone who is a fan of the Warhammer 40K universe and the original tabletop game. My only gripe is that there isn’t a portable version of the game, as I could see Space Hulk: Tactics doing well in that arena.