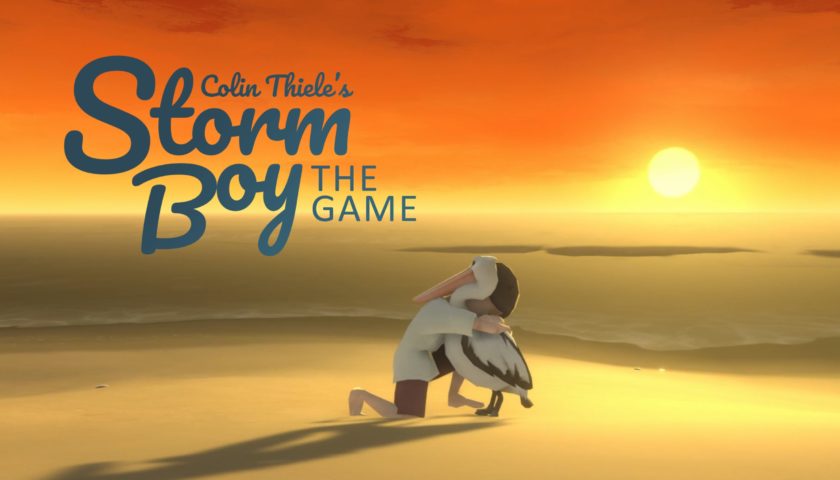 Storm Boy is many things. It’s most known and loved as the children’s book written by Australian author Colin Thiele, becoming a shared experience in so many childhoods, even those that may have forgotten it as time went on, only to rediscover it in the latter years as life took them somewhere different. Others may have been brought to the story by the film adaptation of over forty years ago, and more may come in the next year, as a new adaptation is released. In the time between now and then, we have yet another. A video game that shares its title, developed by Blowfish Studios.

As I played through the game, there was a familiarity around its setting, as though recalling something that I’d once learned but since forgotten. It wasn’t so prominent in my memory that I could remember the beats of the story, but as I played and the course of its path became inevitable, I found an anchor to the narrative through my own childhood.

We spent most of our holidays on the beach when I was growing up. It wasn’t the same southern shores on which Storm Boy is set, but a few degrees colder, and the places of the game could be pairs for the ones hidden in photo albums back home, even if home was somewhere different now.  We, the ever-hurried suburbanites who were far too busy and serious to lose hours to one kind of play would spend eternal days on the beaches of Gerringong, Kioloa, Tuross and Narooma.

So long as the clouds gave an occasional respite from the sun, it could run from morning until twilight, though there was always some interlude of sandwiches or hot chips that appeared just in time for the ravenous hunger that made itself known on the rush back to the encampment of towels and blankets.

There were the dreary days too, but they were no less magical. The place we stayed most was itself affectionately called The Grey House by the family, yet there was never blandness in its moniker. Only awe. The days of cloud cover, rain, or the icy bite of the ocean, each of these made their mark the same, but it’s often the sunniest times that we remember.

As you walk through the world of Storm Boy, the text of the story is shown on the screen, and the world around the boy carries on a little. You can backtrack if the passage passed too fast to be read, or zig along the beach. Some areas of the game have small playable components, where you can fly above the sea as a majestic ibis, feed pelicans, or explore the world beneath the waves.

Even these hail back to distant memories, where searching for cockles in the sand reminds me of the way the slightly soaked sand would firm up underfoot while hunting for bubbles that might lead to yabbies. So too are the bushes in the dry sand that perfect flash of those carefree days with our feet thokking across the sand, back and forth between the dry, wet and the shore…

There are moments of urgency where the world of hurry and seriousness pull back, particularly as the ending of the story is first alluded to, yet most of what it dwells in is without pressure. It also demonstrates how our basking in tranquillity can be stolen away by a single, powerful sound. Amidst the ambience of crashing waves, calling birds, and a delightful soundtrack, Storm Boy has the most perfect use of a noise we’ve come to see as ordinary or mundane through film, television and games, but that would shatter our own peace much as it does to the eponymous character.

The artistic choices of the game are also great, in that they carry across the tone of the story, bringing us to the unfolding events, and offer a feel of a place, a time, and an experience that we can identify with and relate to. It also relates that experience of being amazed by nature, our environment and animals, lost in our curiosity, and not seeing them as a nuisance, but things worth our friendship as well as our respect.

It’s been too many years since I’ve gone to the places I’ve remembered more through playing a game than any new experience, and something has been lost, beyond the man who chose those places as the holiday spot for his kids, and then his grandkids. I’ve lost the time to lose time in it.

Even on the return drive as an adult, more hurried and busy and serious than my parents ever seemed and passing through those same nooks and patches along the coast, the magic of those memories beckon. I should make time for it. We should all make time for it. More than the story itself, the Storm Boy game takes me back to those days when I was a boy, lost in wonder between the dunes and the sea when life seemed like it would last forever.