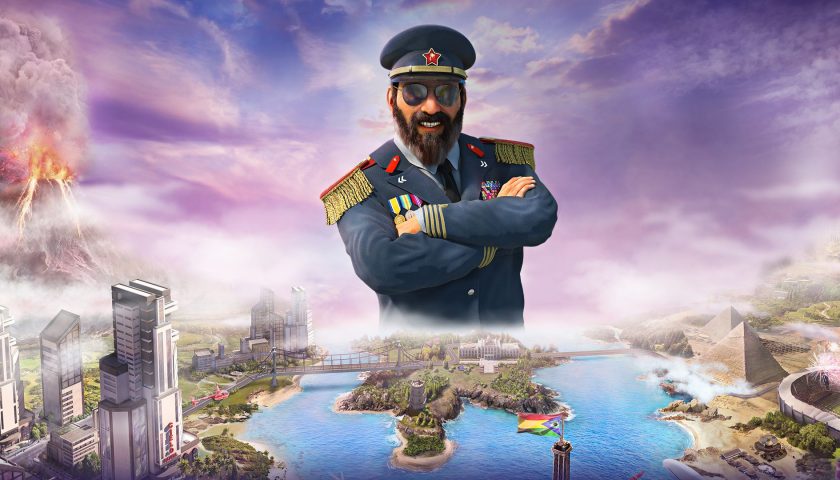 It is that time of year again, the time for Matt to gaze into the future and think about some of the big titles coming our way in 2019. Now it is time to pick up your mouse and sharpen your wits with the most anticipated Strategy titles.

The Most Anticipated Strategy Titles for 2019

My love for Tropico is the thing of legends. I simply adore the mix of city planning, citizen management, international relationships and political humour. With Tropico 6, there is the added bonus of multiple island management for the first time, allowing different settlements to specialize in different areas. Want a tourist destination with bars and hotels? Maybe an industrial area to create exports for the rest of the world. Mixing it up even further is the new international espionage options which will allow El Presidente to procure some of the world’s most famous landmarks and treasures, all in the name of the people of Tropico. All this sounds great, but if I am fair, I would be excited just to once again dive into the world of Tropico and make Penultimo’s life hell once again. Tropico is due at the end of January on PC and consoles later in the year.

From the mind of Xcom creator Julian Gallop comes Phoenix Point, a new turn-based combat game that aims to further expand on what the current Xcom games offer in terms of combat tactics and customization. Players will be able to mutate their soldiers in different ways in between battles, explore an open world, target specific limbs in combat (ala Fallout) and disintegrate buildings and cover in a fully-destructible environment. Throw all that onto what games like Xcom already offer and Phoenix Point is looking like it is going to be the next big thing in turn-based combat games, frankly you can sign me up right now. Phoenix Point is expected to hit in June this year.

The Total War series has been around for decades at this point and the strategy juggernaut just doesn’t seem to be slowing down. This entry is taking place in China during a period of internal strife, with three warlords competing to become the Emperor of mainland China. The game is set to include two modes. Classic mode, which will be a more traditional Total War experience and a mode based on the novel Romancing the Three Kingdoms. This mode will be more fantastical, with the player having super-powered generals and warriors at his disposal. One thing is for sure if the game releases without too many bugs (not a sure thing in a Total War game) this should be another cracking game for Total War’s legion of hardcore fans. Total War 3 Kingdoms is coming to PC on the 7th of March

The classic is coming back and while it might seem like cheating to put it in a list like this, I can’t wait for it so it goes in. Fans have been begging for a Warcraft 3 remake for years and in 2019 it is finally coming. All the classic gameplay, story elements and humour with fancy new graphics. Hopefully, there are some quality of life improvements like unit counts and a bigger zoom on their way as well. Regardless, I can’t wait to go back to a simpler time when my adventures in Azeroth weren’t tied to a subscription and there were no Pandas to be seen. Warcraft 3 Reforged hasn’t been dated yet so it is probably safe to say it won’t hit until the second half of the year, on PC.

The classic strategy franchise is back and it is getting a serious once over. Once a king among strategy titles, in recent times the franchise has had more than a few lacklustre instalments. But that is all set to change, with a complete reboot of the series. Ubisoft is stripping the whole game down and starting again, hoping to recapture that classic addictive gameplay loop that oldies like me remember. For those that are unaware, The Settlers always played like a smaller scale, real-time Civilisation. The goal was to take your settlement and raise it up to be a powerhouse of the region. There was less focus on military matters and much more importance placed on commercial and strategic choices. Let’s hope this reboot captures that classic gameplay feel with modern touches players have come to expect from the genre. The Settlers is coming to PC in the Australian Spring, I expect it will be early September.