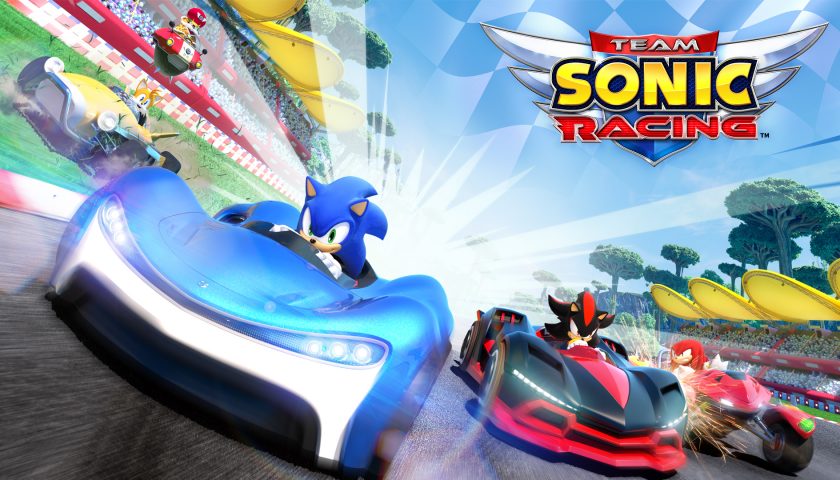 It’s been a rough past couple of weeks and, related or not, my mind has kind of been all over the place.

Somewhat distinctly, I recalled a month spent studying an intensive course during the lead-in to the summer of 2010. It turned out that intensive was, if anything, an understatement, and as my brain turned to tofu and my body struggled to function on what sleep I could forcibly wedge into my schedule, I bought two CDs (a purchase literally only made possible, time-wise, by the fact that I was working part-time at the store that I got them from to make ends meet).

These two albums couldn’t have been much more different: one was a chill acoustic album by Jose Gonzalez; the other a barrage of symphonic metal courtesy of Nightwish. As I poured over textbooks while waiting for them to finish ripping and transferring to my little Sansa Clip, I wholly expected to be listening to Jose’s cover of Heartbeats on perpetual loop as my study jam.

How very wrong I was. Any music that could safely be considered study-friendly became flavourless at best and irritating at worst. Meanwhile, the symphonic metal, in all its brash, loud and fast glory simultaneously infused me with an ‘I can do this’ mentality and helped keep my nerves in check during moments of stress.

Fast-forward almost a decade and I’m doing something similarly reckless to my health by undergoing increasingly intensive Japanese study while also working what realistically works out as 20 hour weeks. Also, I (perhaps stupidly) decided to review Team Sonic Racing.

While trying to balance the review with work and study, one word stood out among the endless sea of new vocabulary, kanji and grammar points.

Somehow, and perhaps unfairly, Team Sonic Racing manages (at least initially) to deftly defy the first definition, only to heavily face-plant into the second. Considering that Team Sonic Racing remains, at its core, a racing game, and that I was in a stressed place in want of something intense enough to turn my stress into energy, this is fundamentally problematic. Team Sonic Racing is the YouTube Chill Music for Studying compilation of arcade racing games.

It’s such a strange combination. At its heart, Team Sonic Racing tries its hand (and often succeeds) at doing things differently. As the name implies, this is a team racing game. That Sega stuck with this idea after last year’s pretty-excellent-actually Onrush faded from memory roughly eleven seconds after it came out might actually feel brave if not for the high likelihood that development was no doubt too far along for such a dramatic shift in focus. Unlike Onrush and its score-and-objective-based gameplay, Sonic Team Racing bolts its team-focused mechanic onto some much more traditional racing. Ultimately, you still want to finish first after three laps; only this time, you also want your two teammates to also place high up the ladder.

While it’s all actually pretty simple once you get your head around it, developer Sumo Digital bombards players with information early on, the screen frequently pausing as a text bubble takes a moment to explain how X and Y work before returning you to the race, now quite likely to crash into or fall off of something. Dare I suggest it, an old-fashioned tutorial may have been preferable.

The team mechanic does provide an interesting wrinkle that goes beyond mere gimmick, however. Team members can effectively ‘slingshot’ by riding each other’s trails, whereas old-school slipstream doesn’t seem to exist at all when trailing the member of a rival team, effectively encouraging friends to stick together. Each team consists of three characters with a different focus, so whereas Sonic may focus on pure speed, Knuckles brings the ability to smash through some obstacles and open pathways. Oh, and items can be shared between team members. That’s a thing.

Item sharing is an actually pretty cool idea that I let absolutely destroy my own learning curve. Items take the form of various whisps (colourful little critters that were introduced in Sonic Colours to give short bursts of different skills) and function much as do weapons in Mario Kart, only they are in no way as intuitive. Even coming from putting more hours than I would care to admit into this game’s spiritual predecessor, Sonic & All-Star Racing Transformed, the basic function of many wisps — based on the on-screen icon — was lost on me. They simply require a lot of experimentation, even if they’re functionally the kinds of power-ups we’ve all seen a thousand times before. But here’s the catch — sharing items with team members, alongside things such as drifting, helps to build up a meter that results in a short burst of speed and invulnerability for all three members of your team.

Effectively, while chewing through the campaign stages, this encourages players to just give up whichever item they may receive to a friendly AI, as there’s a lot to gain by filling that meter, and the AI knows exactly what to do with any given item anyway. Never mind that incentivising teammates to trail directly behind each other makes dropping ye olde cube (obstruction block) kind of a gamble at times. The flipside of this, however, is that there are a lot of wisps, and while they could be clearer in their purpose, there’s a lot of promise for strategy (yes, even team strategy) down the line for those who want to really delve into it. It’ll be interesting to see how many of these team elements actually become strategic, and how many remain as opportunistic advantages.

Played on a PS4 Pro, the framerate sticks pretty closely to sixty, with instances of slowdown just numerous enough for them to likely be perceptible to most people. Switch to two player split-screen (a mode that is even more essential than usual, given the game’s team focus) and the target drops to thirty and performance becomes less consistent. I’ve not had a chance to try three or four players locally, but I can’t imagine that the performance magically gets any better in these scenarios. Still, split-screen is still perfectly playable.

Sonic Team Racing also offers a little mission variety that, however basic it may be, gives a greater sense of progression and purpose than any Mario Kart has ever offered. There’s an overarching story to all of this that is about as silly as you’re likely imagining, and fortunately, it can be wholly ignored for the most part. When picking an event from the stage map, players can quite literally choose to begin with the story dialogue playing first or now. Also… oh, right. Stage map. Things get laid out like a Mario World game, replete with the aforementioned variety to distract from the standard races. There’s nothing especially inspired here, and some challenges can be surprisingly difficult, but again, even simple gate, ring-collecting and shooting challenges are more than the accepted king of this sub-genre offers. I mean, at least it’s something?

On that note, if you don’t want to play through the campaign (but, in some ways, why? It can even, appropriately, be played with friends), there’s a lot unlocked from the get-go and you should be able to access most content without having to grind for it. And that content is… fine? The tracks are colourful, animated and often offer hidden shortcuts. The package is even aesthetically coherent for the most part, presenting a kind of Sonic meta-universe the kind of which was last seen in Sonic Generations. What is apparent, however, is that there is more reverence for the new than the old here, and the throwbacks can be odd choices. Just how many people were holding onto hope for tracks based around Sandopolis Zone from Sonic & Knuckles?

Likewise, the sound design is competent, polished and totally without spark. None of the vehicles make their presence known, and after several hours of play time, I still couldn’t hum a single piece of music from any of the courses. Think about that in the light of Sonic having no shortage of memorable tunes to pluck and remix; ending up with a soundtrack so lacking in fizz and pop actually feels like a unique accomplishment. Again, on the other hand, I never felt a need to lower the volume of or mute anything.

It’s a weird thing to come back to, but it really stings that Sonic can’t hold its sixty frames per second target without hiccup, at least not on a PS4 Pro, which means it’s likely less steady on the regular PS4 and XBO, to say nothing of the Switch (but, hey, maybe the X pulls it off?), as being polished it perhaps the main thing it has going for it. And when you’re trailing Mario Kart on the race course, polish is important. Team Sonic Racing is a game that I’m already struggling to remember, but that I know I at least somewhat enjoyed while I was actually playing it, and that it mostly felt smooth and responsive.

I expect that kids will love it, that a group of sixth-graders may be able to dig depths in it that I could never find, that being at an age where everything is still kind of new may help the game’s innovations make the transition from ‘meagre’ to ‘cool’. It’s about as safe a birthday or Christmas gift as you could manage. To come back to that word, ‘bunan’, despite its twist on the formula, Sonic Team Racing has come out as a very safe purchase, so long as you’re buying for someone (be it yourself, a partner, niece, nephew, whoever) because it will be totally functional and inoffensive. Unless you’re nitpicking, there’s nothing notably wrong with Team Sonic Racing, it’s totally serviceable and, yes, again, fun. There’s just nothing wildly exciting about it, either.