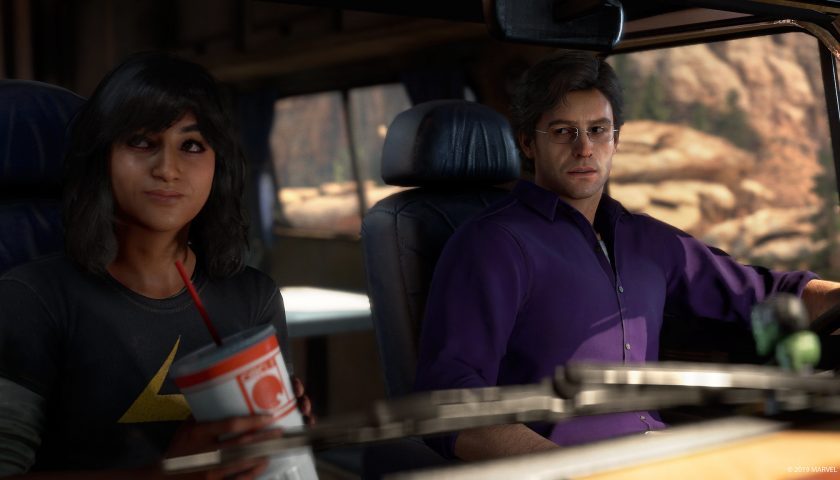 Behind Closed Doors With Marvel’s The Avengers

It’s something of an understatement to say that when Square-Enix and Crystal Dynamics debuted Marvel’s The Avengers at E3 2019, they botched the messaging. It was already going to be confronting enough for fans, who had become acclimatised to the Marvel films visual representation of classic heroes, that those same heroes no longer looked, nor sounded the same, but there was more. The demonstration, in the eyes of many, underwhelmed, didn’t outline enough of the inner systems or do anything to differentiate distance itself from a Spider-Man/Arkham clone. Just this past weekend at PAX Australia 2019 though I had multiple opportunities to play the game, and as such, bring new findings, and a change of heart.

Prior to PAX, I had yet to play The Avengers. I’d seen the E3 demo, I’d watched trailers, and I was up-to-date with the NYCC news of Kamala Khan (Ms Marvel) was a new playable protagonist. In spite of all of this, I was a little lukewarm on the title. Nothing had grabbed me by the scruff of my neck and demanded my attention, something that had bothered me given my love of Crystal Dynamics and their previous works specifically on the rebooted Tomb Raider franchise; at the same time, nothing had vehemently pushed me away either. At PAX AUS I had two different opportunities to play the title, and with those two sessions, my entire perspective flipped.

I hadn’t had a chance to play the game previously before I found myself in a small conference room with Crystal Dynamics studio head Scot Amos as he pitched the game to me. Through the 20 minute presentation followed by an exclusively Behind Closed Doors demo it felt as though every question that had been left lingering had been addressed, every doubt I’d had to this point, erased. Marvel’s The Avengers is well and truly on track to be as great as we want it to be.

Scot was really pushing the messages of “Authenticity and Originality”, remaining true to the Marvel franchise, whilst also taking risks and pushing in new directions. That is abundantly clear in the story they’re looking to tell, but it also extends to the underlying scope and direction of the game. Many had made connections between The Avengers and the likes of Destiny or The Division, but what had been shown of The Avengers didn’t synchronise with the outward messaging. Following this presentation, my understanding of the game, and these embedded systems is now much clearer. As the player, you’ll have the option of completing campaign missions (a single-player campaign), or the ‘Warzone’ missions are far more varied and would be comparable to those other aforementioned shared-world experiences. Warzone missions could focus on a particular character, the story could be a critically important one to that characters narrative arc, despite not being necessary for the core campaign. These may or may not carry any weight or importance but it may serve as a nice bit of fan service for players and fans of the source material; Scot emphasized how the Warzone missions were their opportunities to experiment the most with the formula, and dive deeper into the lore of the Marvel universe. Of course, there are also more characters on the way post-release, and the intent is for them to slot in nicely alongside all others; new regions and new Warzone missions will open up as well. The direction they’re heading in and the clarity with which Scot presented me this information made me far more convinced of the direction the game is heading in than I was before, with Warzone looking to be a portion of the game that I’m going to want to spend a lot of my time in.

Then there is, of course, the gameplay, and I’d be remiss if I didn’t acknowledge the fact that The Avengers doesn’t immediately feel very similar to recent superhero titles Marvel’s Spider-Man and the games that inspired them all, the Batman: Arkham franchise. The core, attack, block, parry, dodge combat loops are still present and feel very similar to Arkham, but ultimately differs enough, given the nature that each Avenger functions fundamentally different from the others. I played two demos, one of them was the public-facing tutorial/prologue that was first debuted at E3 2019 and the other, a special demo where I took control of the recently revealed Kamala Khan (Ms Marvel). Beginning with the public demo, I quickly got swept up in the momentum of the action playing out before me; it was certainly a bit jarring bouncing from character to character as fast as I did, but it’s not necessarily unexpected for a tutorial, I only hope that upon the final release, that we get larger spans of time with each character before bouncing to the action someplace else; as Crystal Dynamics showed with their Tomb Raider reboots, it’s sometimes the time you get to spend taking a deep breath and immersing yourself in the environment that makes you appreciate the faster pace more when it finally does kick in.

The Kamala demo though was different, I wasn’t dropped into a story mission as I was previously, this demo was designed to show the player how Kamala worked mechanically. Her “embiggening” abilities are fantastic to explore with the player having to balance a mixture of up close and personal, but also, slightly ranged melee attacks, and so the management of these two stylistic differences becomes imperative to your survival. Like the five core Avengers, outfitting Kamala with the right skill points has the potential to create a very different Kamala to someone who assigned their points differently. Though we couldn’t actually assign skill points ourselves, Scot, spoke of how he tended to take advantage of Thor’s flying abilities when assigning points, while one of his peers tended to remain on the ground, meaning that the way they both approach combative encounters could be drastically different. It’s that versatility that will make co-operative play in the Warzone even more interesting. You can’t have a team of Black Widow’s for example, each character needs to be different, but then balancing the party so that there aren’t any glaring weaknesses will be as important as the chosen Avengers. It’s not hard to imagine parties of players chatting, and potentially respecing before launching missions so that they can’t be exploited by anyone obvious collective deficiency.

I went into my time with Marvel’s The Avengers fairly lukewarm off the back of what rightly has been considered some lacklustre E3 messaging, but based upon my hands-on time, and the presentation, I can say with a fair degree of confidence that the game is in very good hands and the direction that the game is heading in has me energised for its future. There are still questions that will need answering, and Crystal will continue to provide answers in the coming months. Things like levelling, how that will scale when playing co-op, as well as much more still need to be addressed, but at a surface level, the game is looking and playing fantastically well. I’m buoyed by what I saw, making the wait until May 2020 a significantly tougher than it was before.